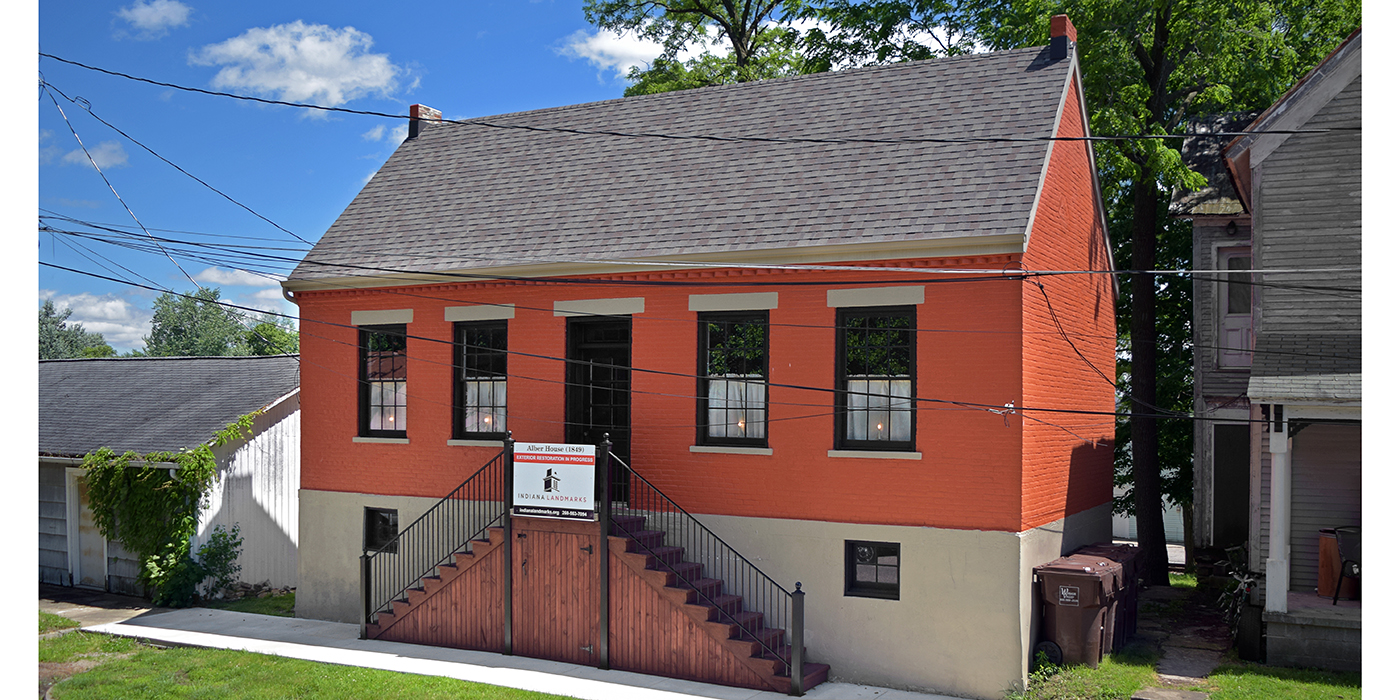 After rescuing Wabash's Alber House from demolition, Indiana Landmarks restored the exterior, seeking buyers who could finish the work inside. (Photo: Lee Lewellen)
POSTED ON January 9, 2020 BY Indiana Landmarks | News

With peeling paint on the walls, a leaky roof, and demolition looming, in 2016 the appearance of Wabash’s Alber House scared off most would-be saviors. Undeterred, Indiana Landmarks persuaded the owner to donate it to us and convinced the City to contribute money it had earmarked for demolition. With additional support from the Efroymson Family Fund and the Alber family, Indiana Landmarks restored the exterior while it hunted for a buyer, finding the perfect fit in experienced restorers Ed Norman and Tim Parnell.

“It’s a picturesque diamond in the rough—bright, unique, and intact. We didn’t even know at first that it is the oldest surviving house in Wabash,” says Norman, a longtime member of Indiana Landmarks. 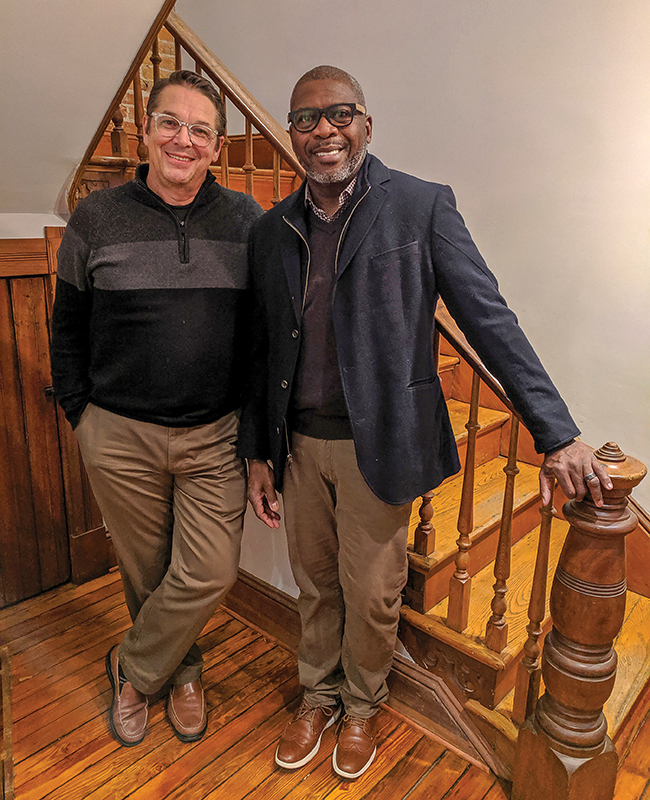 Philip Alber, an immigrant mason from Lichtenstein, built his home in just 10 days in 1849, living with his family on the upper floor and operating a German-style cafe on the lower level and back yard beer garden. Growing up in Wabash, Ed Norman remembers being intrigued by its picturesque appearance. “I had noticed the house for years, but it was Tim who really drove the purchase. Tim is a transplant from Birmingham, Alabama, and restored an old house there before moving to Indiana.”

The two plan to keep the house’s original features, including wide-plank wood floors, stairway, brick walls, and the limestone paved floor in the basement. In rehabbing the house, Indiana Landmarks increased the pitch of the new roof, creating more usable living space on the second floor and allowing the house to maintain its original footprint without the need for an addition. A master suite will be installed on the second floor, with kitchen, living, and half bath on the main level, while the lower level will serve as a guest suite for visiting family. When family isn’t using the house, the couple is considering making the property available on Airbnb. 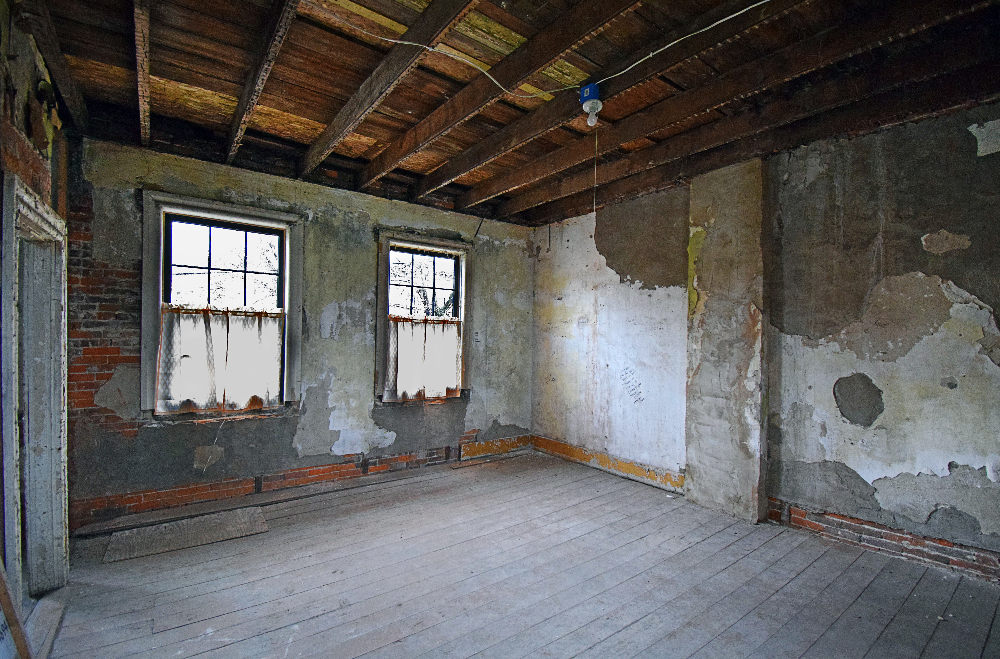