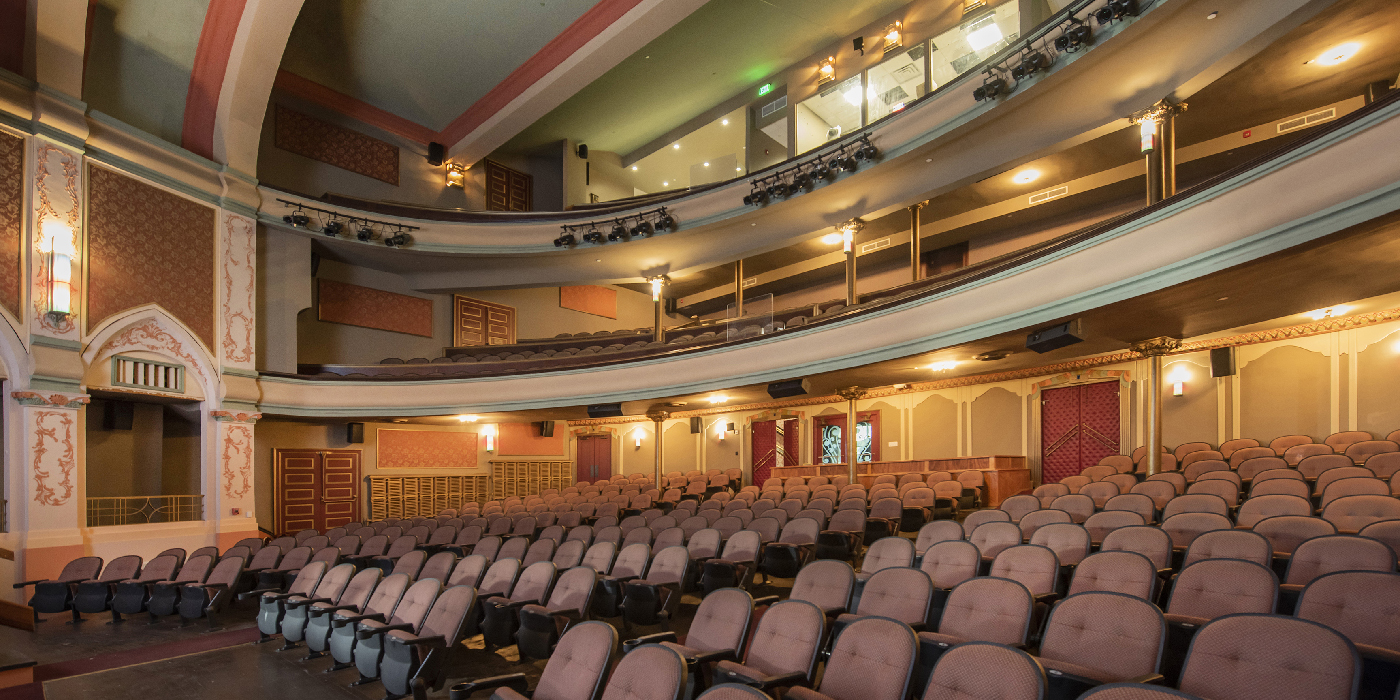 Constructed in 1906 as an aerie for the Fraternal Order of Eagles, Wabash’s Eagles Theatre boasted a large auditorium on the first floor used for live vaudeville shows, offices and meeting rooms on the upper floors, and an ornate banquet hall on the fourth floor. Conversion of the auditorium to feature “talkies” in the 1920s made the theater a popular destination, but the upper floors did not fare as well. Officials closed the banquet hall in the 1940s due to fire and safety concerns.

After more than a century of service, time had taken a heavy toll on the building. The movie theater continued to operate, but the second and third floors had been turned over to storage, while the fourth floor sat empty.

The Honeywell Foundation acquired the aging structure in 2010 with plans to complete a much-needed rehabilitation. In late 2017, the foundation closed the theater and embarked on a two-year, $10 million restoration encompassing all 30,000 square feet of the building. Last month, it unveiled the breathtaking results. 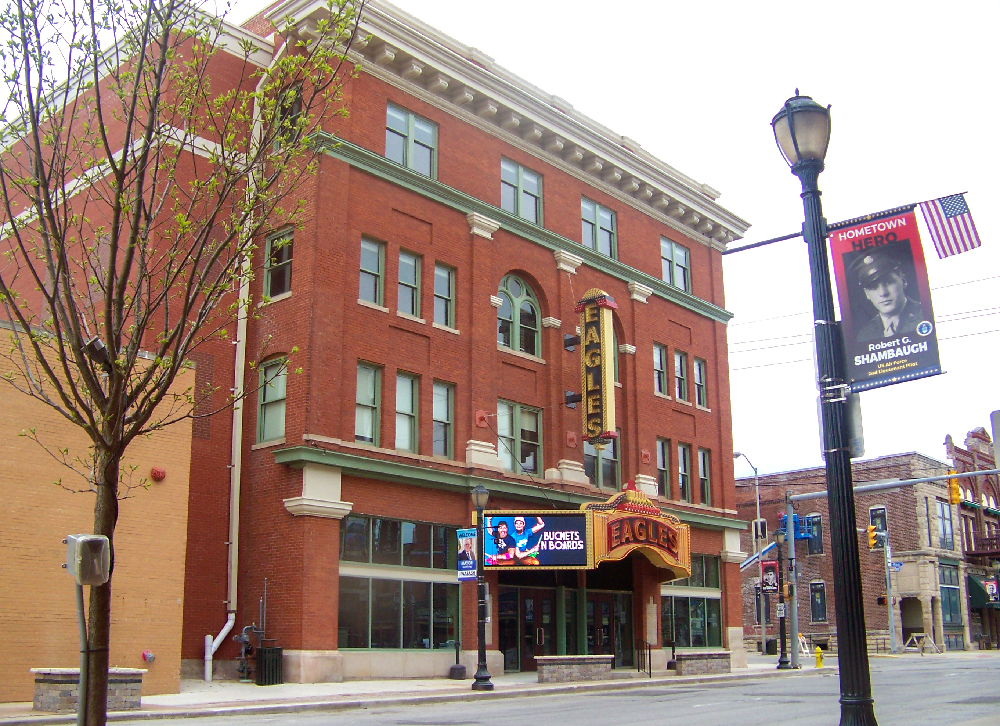 The project restored original architectural elements, with modern upgrades hidden discreetly from view. The enlarged lobby incorporates previously hidden features, including an original staircase, pressed tin ceilings, and a mosaic tile floor with an Eagles insignia. Ornate plaster crowns the soaring space in the auditorium, where two upper balconies have been completely renovated and reopened for public use. The banquet hall on the top floor, vacant for almost 80 years, was a virtual time capsule, with elaborately painted floral wreaths still visible in spite of damage from roof leaks. Today, the restored space is a picture postcard of its original opulent appearance. 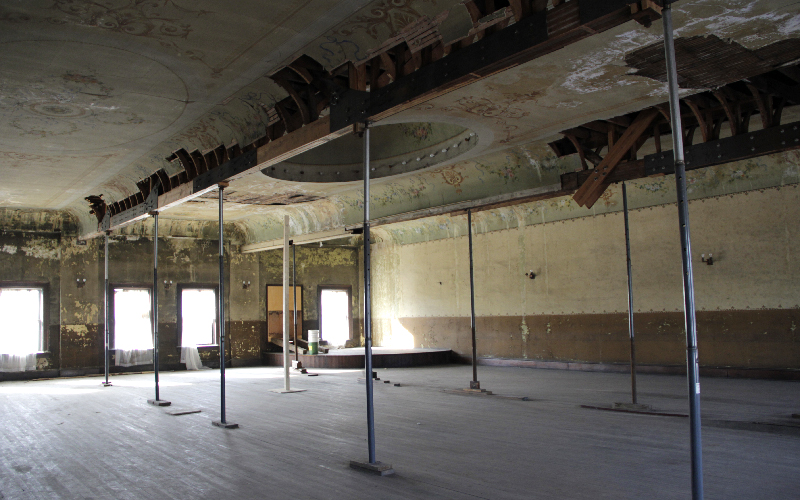 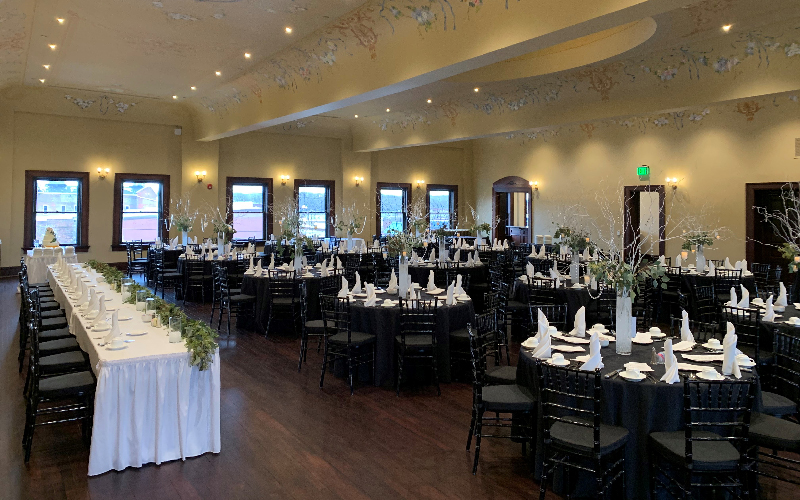 To provide accessibility and emergency egress throughout, Honeywell constructed an elevator tower and fire-proof stairwell in the adjacent alley. Other modernizations include new restrooms, carpet and wall treatments, and a state-of-the-art sound system. Updated utility systems maximize comfort and safety for patrons. The result is a landmark property that functions as well as any new building, while still retaining its classic appearance from the past.  Not a bad way to begin its next 100 years!