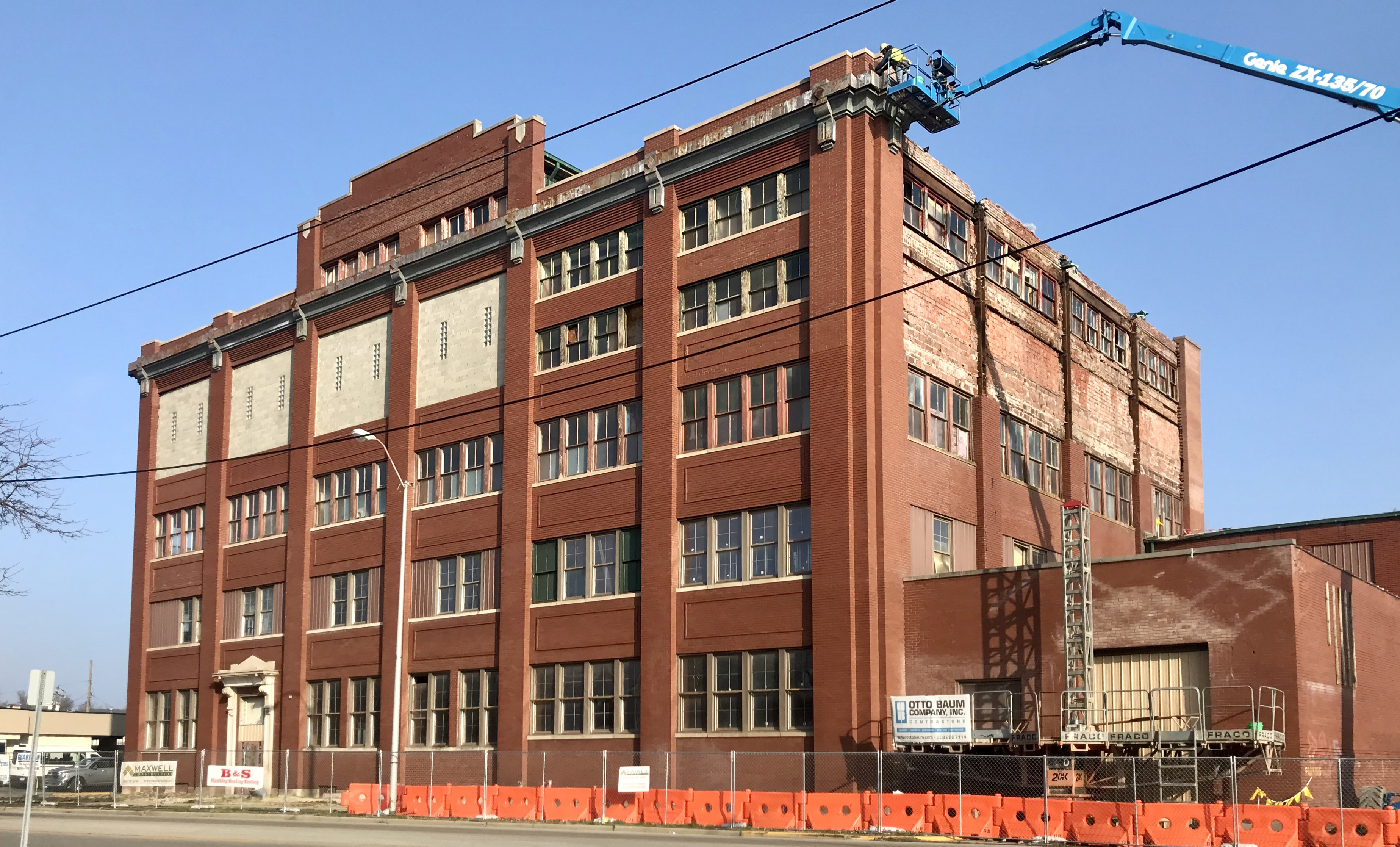 After years of vacancy, prospects are on the rise at the former Miller-Parrott Baking Company in Terre Haute, where work is underway to convert the 1915 factory building into residential units. The project – a development partnership between Flaherty & Collins and the Sisters of Providence—is also expected to boost the surrounding neighborhood.

In 1883, brothers Christian and Henry Miller began operating out of the “Miller Bros. Cracker Bakery,” in downtown Terre Haute. After the growing business was absorbed by the National Biscuit Company in 1905, the Miller brothers left to form a new company with Indianapolis businessman Burton E. Parrott.

In 1915, the prominent Indianapolis architecture firm D.A. Bohlen & Son designed “one of the most modern bakeries in America,” for the Miller-Parrott Baking Company. The use of reinforced concrete construction allowed for broad open spaces, with an abundance of natural light and clean air through large expanses of windows. The state-of-the-art facility featured all-new machinery and the most modern utilities available at the time. At its opening, the company had the capacity to produce 45,000 loaves of bread, 1,800 cakes, and 1,200 boxes of crackers in 24 hours. 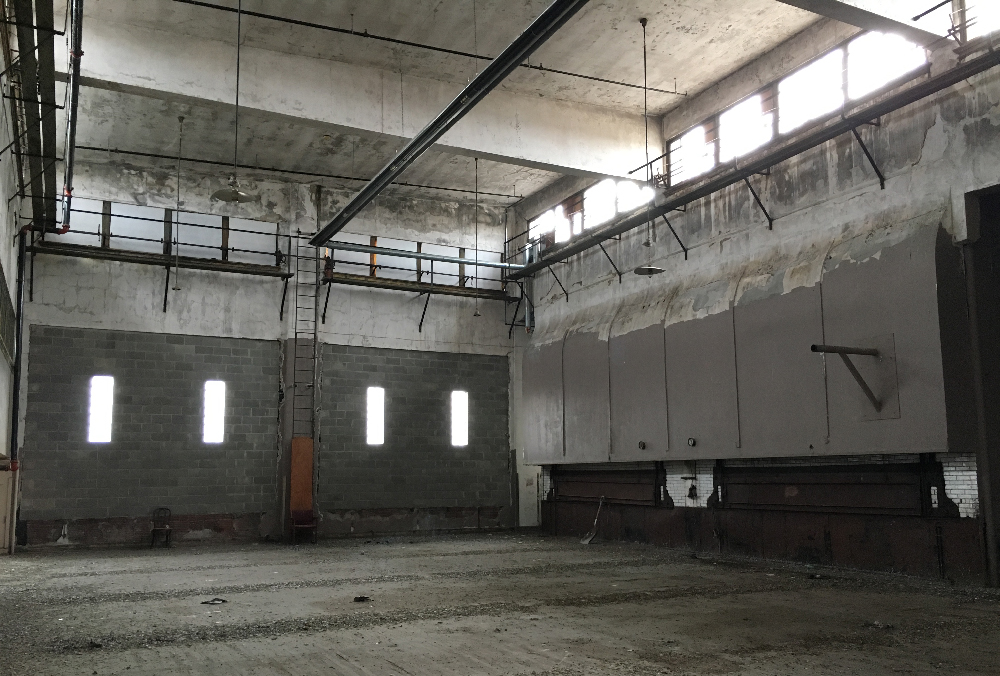 The two-story oven room of the crackers, cakes, and cookies department at the former Miller-Parrott bakery.

The building served as headquarters and main production facility for the Miller-Parrott Baking Company until 1957, when the company moved several miles east to Seelyville. A string of owners occupied the building over subsequent decades, and by the time Light House Mission of Terre Haute acquired it in 1991, the former factory had been vacant a number of years. The nonprofit mission used the building to provide food, shelter, and other services to the homeless, until the organization suspended services in there in 2016. Not long after, an arson fire damaged an addition, further clouding the building’s future.

The former factory is one of only a few historic industrial buildings on the Historic National Road in western Indiana. In other parts of the state, former factories have been successfully adapted to a number of new uses. Recognizing the building’s potential for development and importance to the surrounding area, Indiana Landmarks reached out to prospective developers with a track record of transforming historic structures. Indianapolis-based Flaherty & Collins has adapted several historic structures for residential use, including a planned project at Saint Mary-of-the-Woods College in Terre Haute. 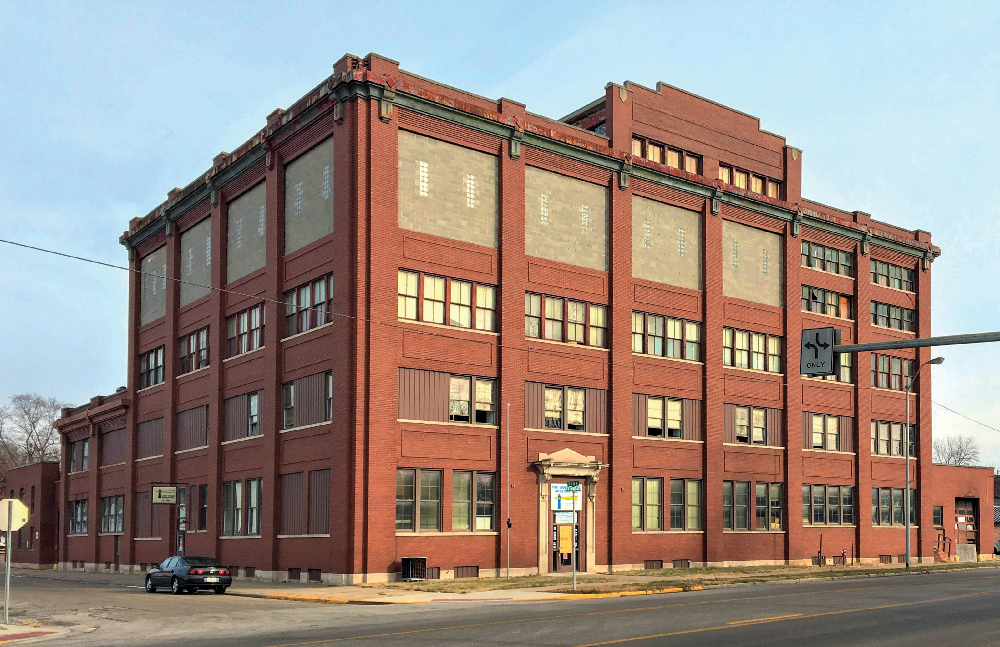 The company is partnering with the Sisters of Providence again on the Miller-Parrott building, this time to provide quality housing for income-restricted seniors. Work began last year to create approximately 54 residential units, some featuring elements from the building’s days as an industrial bakery. The new Miller Parrott Lofts is expected to open in late 2020.