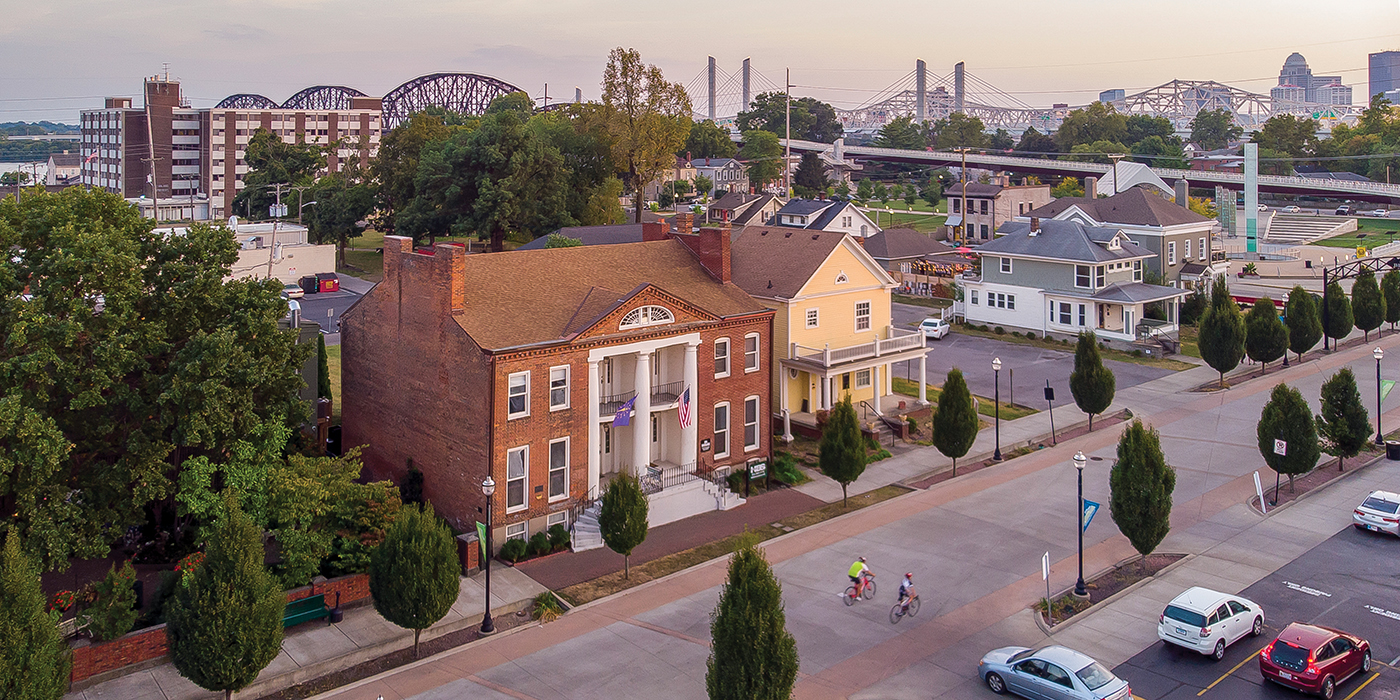 The coronavirus turned the world upside down and when we emerge from isolation, we’ll be glad for the reassuring sight of friends and family and the landscapes and landmarks that define the places we call home. Indiana Landmarks published a coffee-table book this spring to mark our 60th year and inspire readers with before-and-after stories in pictures of down-to-the wire rescues, dramatic transformations from ruin to resplendence, and entire neighborhoods revitalized by historic preservation. 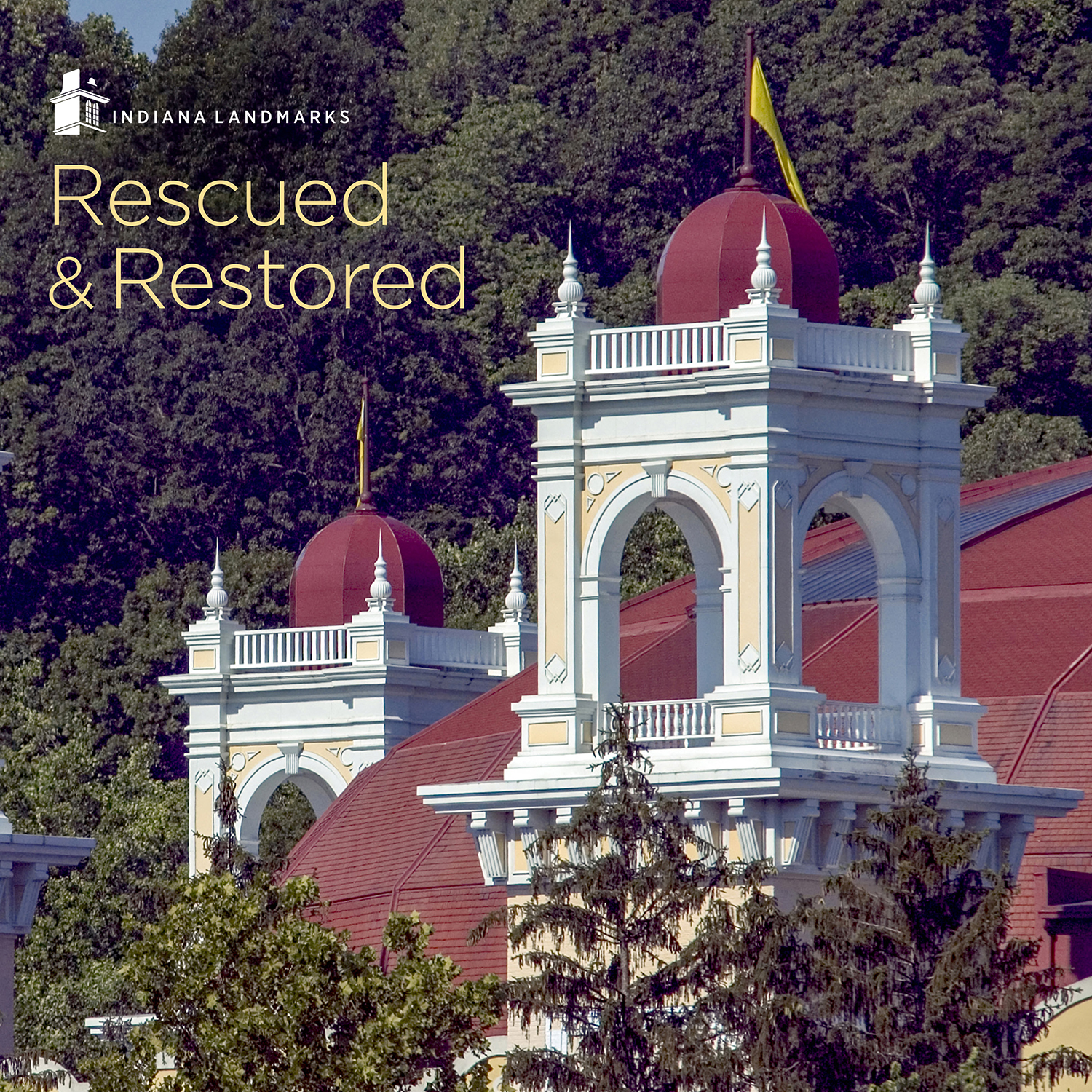 The book shows Indiana Landmarks in its various roles—emergency room for historic buildings, first-in and last-out lender, rescue and development strategist, restorer and turn-around specialist, and partner with local preservation groups. Since the pandemic derailed our plan to debut Indiana Landmarks Rescued & Restored and an accompanying exhibit at our annual fundraising event in late April, we offer a handful of stories that we hope will convince you to buy the book for yourself and as a gift for friends. You can buy the book at bit.ly/RescuedRestored, or call us at 800-450-4534.

Envision this dismal neighborhood scene: dilapidated and vacant houses bordered by broken sidewalks and trash-filled empty lots, roamed by a thriving rat population. In the heart of the area sits the James Whitcomb Riley Museum Home, a well-tended house where the Hoosier poet lived from 1893 until his death in 1916. That was Lockerbie Square in the 1960s.

Indiana Landmarks lobbied the state legislature for the creation of the Indianapolis Historic Preservation Commission (IHPC) in 1967 and helped pave the way for the commission’s first local landmark designation—Lockerbie Square. It provided support for the Lockerbie Square People’s Club, a neighborhood association. Indiana Landmarks also enlisted participation in the revival from the Indianapolis Garden Club, the Junior League of Indianapolis, Women in Construction, and the City. 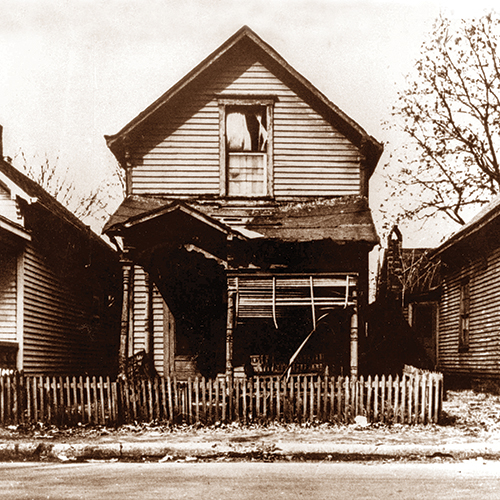 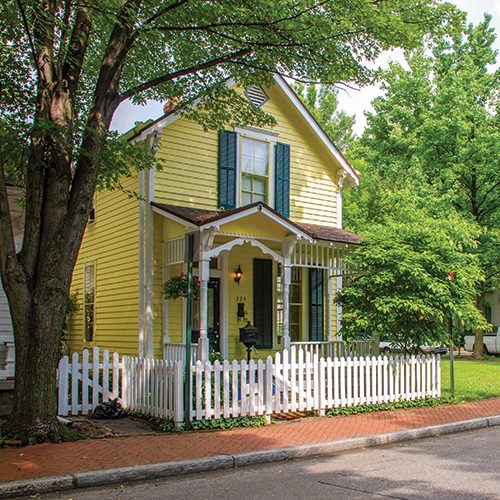 Over a 15-year period from 1965-1980, Indiana Landmarks bought and sold 40 houses and vacant lots in the small district then bounded by New York, College, Michigan and East streets. After restoring the Holler Cottage (above)—the worst house on the block—we loaned it for use as the headquarters of the city’s 1976 national bicentennial celebration, bringing public awareness to the area. The attention helped attract more do-it-yourself restorers to the neighborhood.

The transformations, Indiana Landmarks’ institutional presence, and the partners it enlisted created confidence that the neighborhood could be an inviting place to live.

Visit Lockerbie Square today and you’ll see restored structures—Italianate brick houses and story-book frame cottages—and new buildings that blend with the old, set on streets shaded by trees, including many planted during the 1976 bicentennial.. 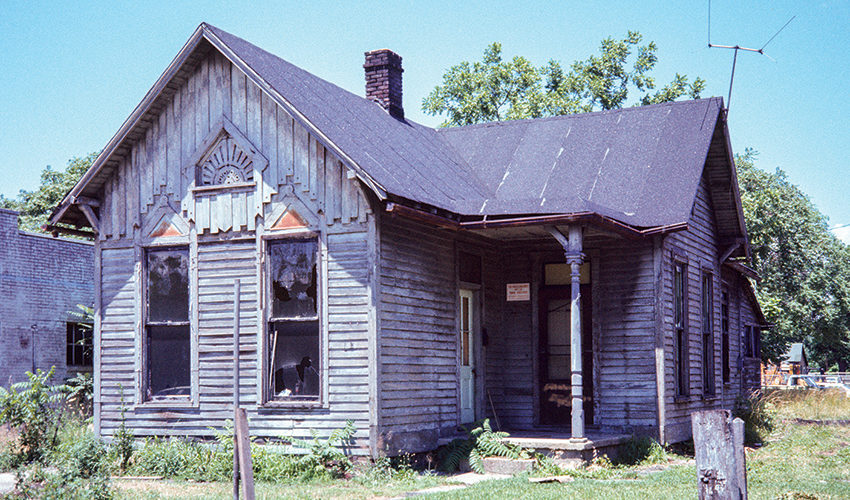 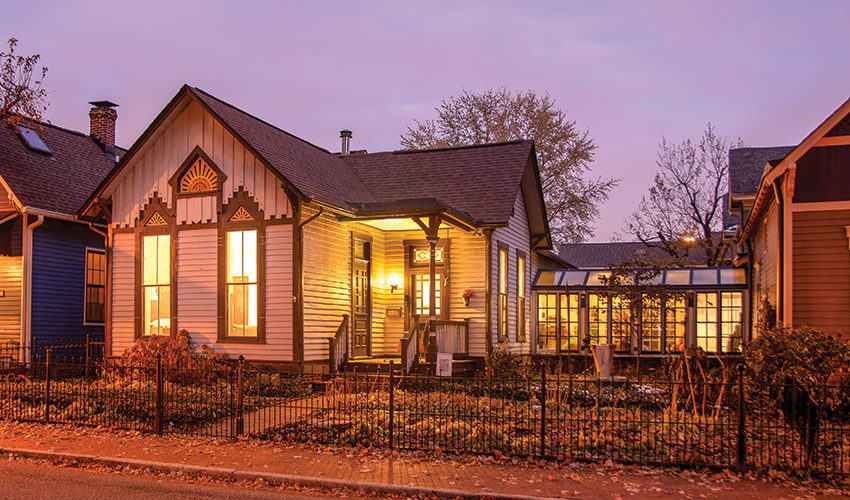 Today, Indianapolis's Lockerbie Square neighborhood is full of restored structures and new buildings that blend with old.
Previous Next

In Jeffersonville in the 1980s, restoration of the historic Grisamore House on West Chestnut Street proved to be the catalyst for revitalization of an entire downtown. Brothers David and Wilson Grisamore each owned half of the unusual double house they commissioned in 1837.

Long recognized as a landmark in the river town and beyond, the Grisamore House was documented in 1934 by the Historic American Buildings Survey (HABS), a New Deal program that photographed and produced architectural drawings of landmarks nationwide.

After a 1981 fire destroyed nearly half the house, it languished until local history buffs Rosemary Prentice and Harvey Russ stepped up to restore it. With help from Indiana Landmarks, they established Jeff-Clark Preservation, Inc., a nonprofit organization, and deeded the house to the group. Jeff-Clark later asked Indiana Landmarks to take over the Grisamore property so it could tackle other projects. Indiana Landmarks finished the restoration for use as its Southern Regional Office.

The tag-team rescue by the two organizations became the first in a long list of revitalizing saves in downtown Jeffersonville. Jeff-Clark used a series of loans from Indiana Landmarks to rehabilitate other key landmarks, including the Maschmeyer House, a Victorian-era home slated for demolition, and the Lewman Building, a fire-damaged commercial structure on a key corner of Spring Street. The group also moved and restored a 1929 former Pennsylvania Railroad station to the edge of a park not far from Grisamore House. Renamed Preservation Station, the building serves as a meeting and rental venue operated by Jeffersonville Main Street. 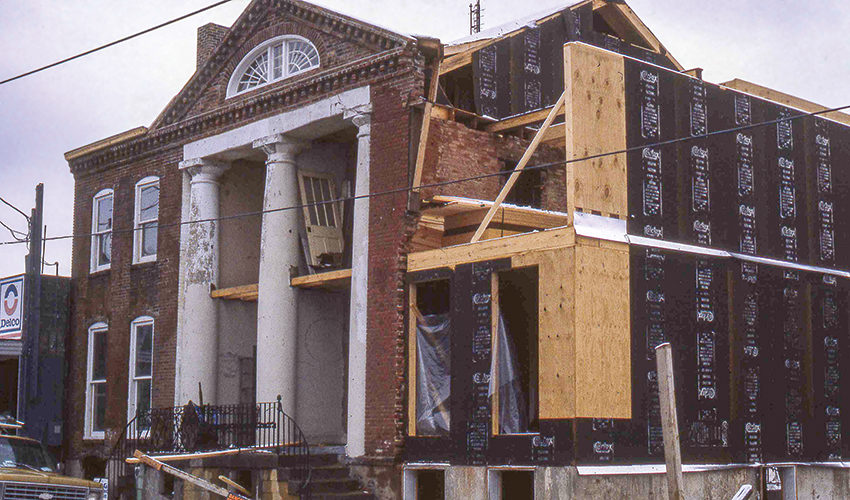 In Jeffersonville, the fire-damaged Grisamore House in the '80s triggered a domino effect in downtown and spawned Jeff-Clark Preservation, which teamed up with Indiana Landmarks on several more key rescues. 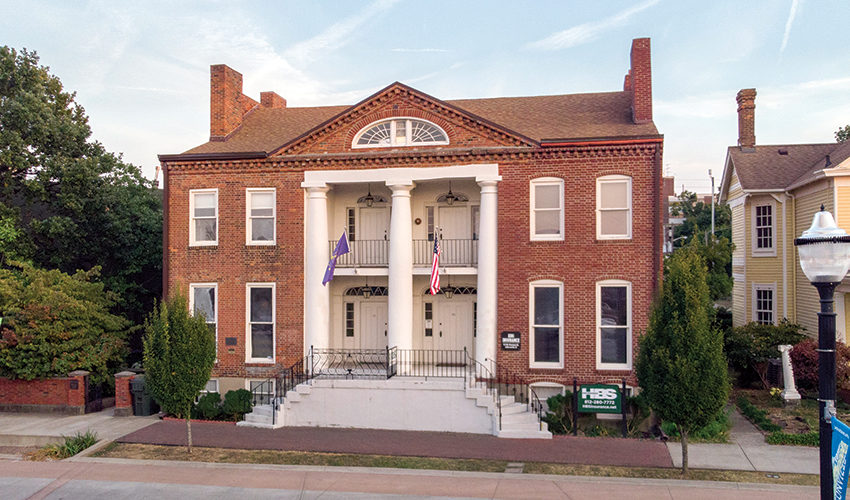 Indiana Landmarks finished restoring the Grisamore House for our southern office, eventually selling the property to rescue the endangered Willey-Allhands House.
Previous Next

In 2005, Indiana Landmarks sold Grisamore House in order to rescue the endangered Willey-Allhands House. Hoping to give a boost to downtown, depressed from a devastating fire in 2003 that destroyed several commercial buildings, we moved the c.1890 house to a vacant lot next door to Grisamore and relocated our offices there. A few years later, we added the endangered 1914 Varble House to the block, moving it to a vacant lot next to the Willey-Allhands House.

The plan worked. Through a series of public and private partnerships, the revitalized area now includes the Big Four pedestrian and bicycle bridge connecting Louisville to Jeffersonville,as well as a park and restaurants, bars, and offices. In 2018, a private buyer purchased the Willey-Allhands house, with our protective covenants to ensure its historic character.

It’s the type of sea change we hope to generate along New Albany’s State Street, where we opened our southern office in the 1899 Kunz Hartman House last year after restoring the fire-damaged landmark.