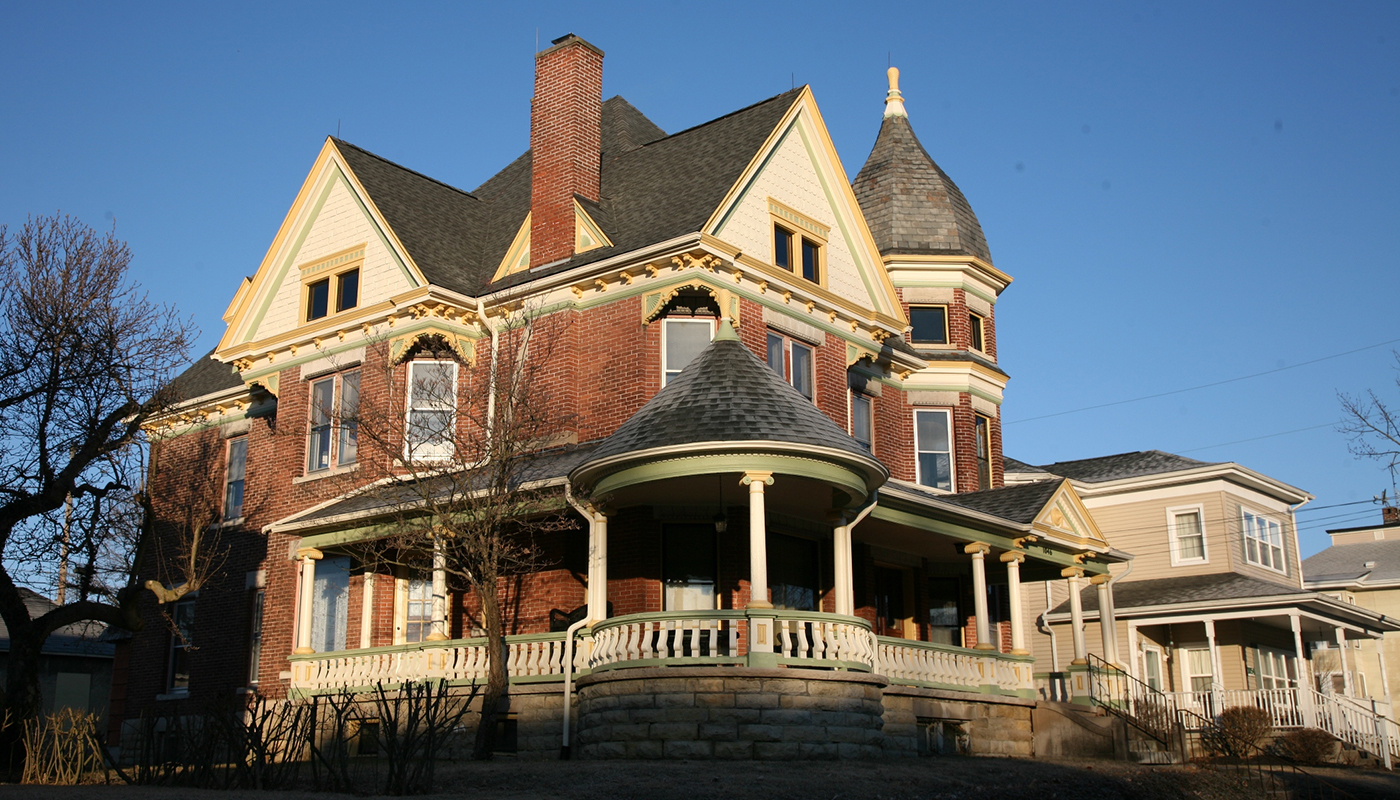 To protect their hard work and honor the heritage of their Queen Anne home in Huntington, Brian and Shannon Zuercher donated a preservation easement to Indiana Landmarks (Photo courtesy Zuercher family)
POSTED ON January 6, 2021 BY Indiana Landmarks | News

Brian and Shannon Zuercher have spent years restoring their Queen Anne-style house in Huntington. To protect their investment, in 2020 they donated a preservation easement on the house to Indiana Landmarks, which charges the  organization with safeguarding the architectural character of the home’s exterior.

Jacob and Amelia Martin built their dream home with its turreted roof and wraparound front porch on Cherry Street,  moving in just before Christmas in 1900. The house was in foreclosure when Brian purchased the property in 2008,  still eye-catching but deteriorated, with peeling paint, rotting wood trim, and no functional plumbing or electricity.

Ironically, the house’s neglected condition brought Shannon and Brian together in 2011, when they both attended an Indiana Landmarks plaster repair workshop in Wabash. Shannon was there looking for instruction on repairing her own historic home in Indianapolis. “We would not know each other if our houses didn’t both have failing plaster,” laughs Shannon. 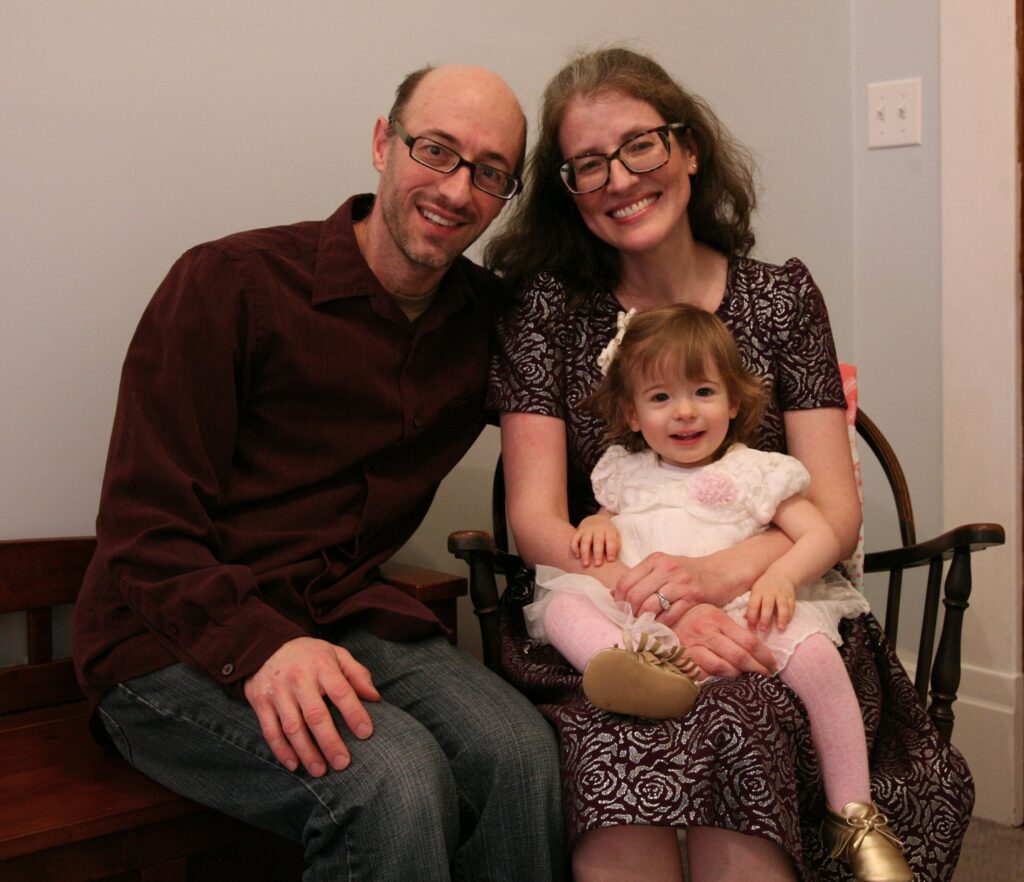 Brian, an electrical engineer, and Shannon, an architectural historian and preservation consultant, combined their skills to transform the property over the next several years. Using state historic rehabilitation tax credits, they painted the exterior, replaced rotted wood, and restored the intricate wraparound porch. A  hailstorm necessitated a new roof last year. Along with ongoing interior rehabilitation, they’ve also begun restoring the wood windows.

“I have been involved in a lot of the restoration work on this home from plaster to windows. I realize the craftsmanship has been in place for over 100 years and having a preservation easement makes me feel like the work we are doing is worthwhile,” says Brian. “I imagine someone 100 years from now will be grateful for what we have done.”

The Zuerchers believe in preservation as a tool to help revitalize historic places. Shannon staffs the city’s historic review board, and both have served as leaders in Huntington Alert, Indiana Landmarks’ local preservation affiliate.

“It’s nice knowing we can get a second opinion from Indiana Landmarks when we’re considering changes to the house, and there’s some investment there too, that they will look after us in the future,” says Shannon. “We consider ourselves the stewards of this house just as much as the Martins were 120 years ago, and this easement gives us peace of mind that our hard work will be protected.” 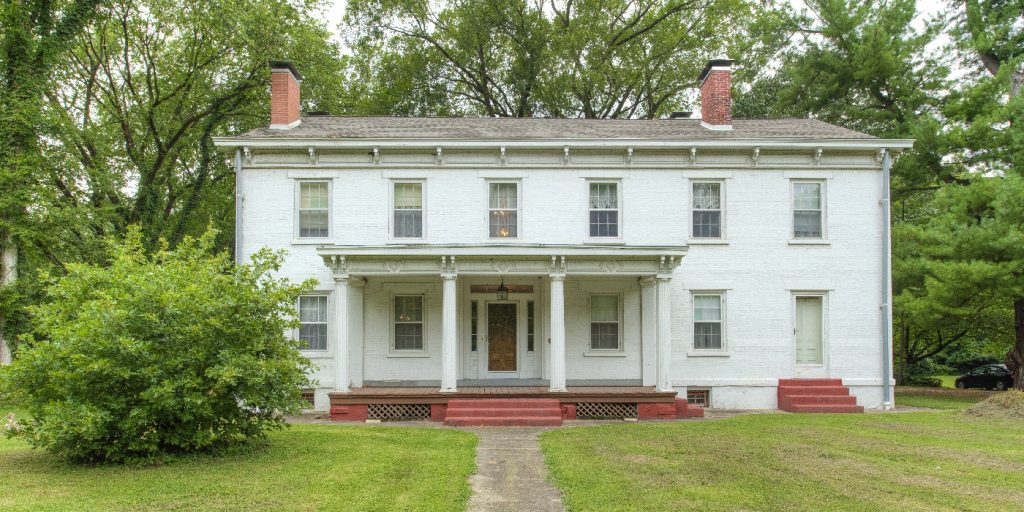 In the past year, Indiana Landmarks also received a preservation easement from Sallie Cox on the Markle House, one of Vigo County’s oldest intact historic  residences, which she and her late husband Don spent years rehabbing.

For more information on donating a preservation easement, contact our regional office nearest you.