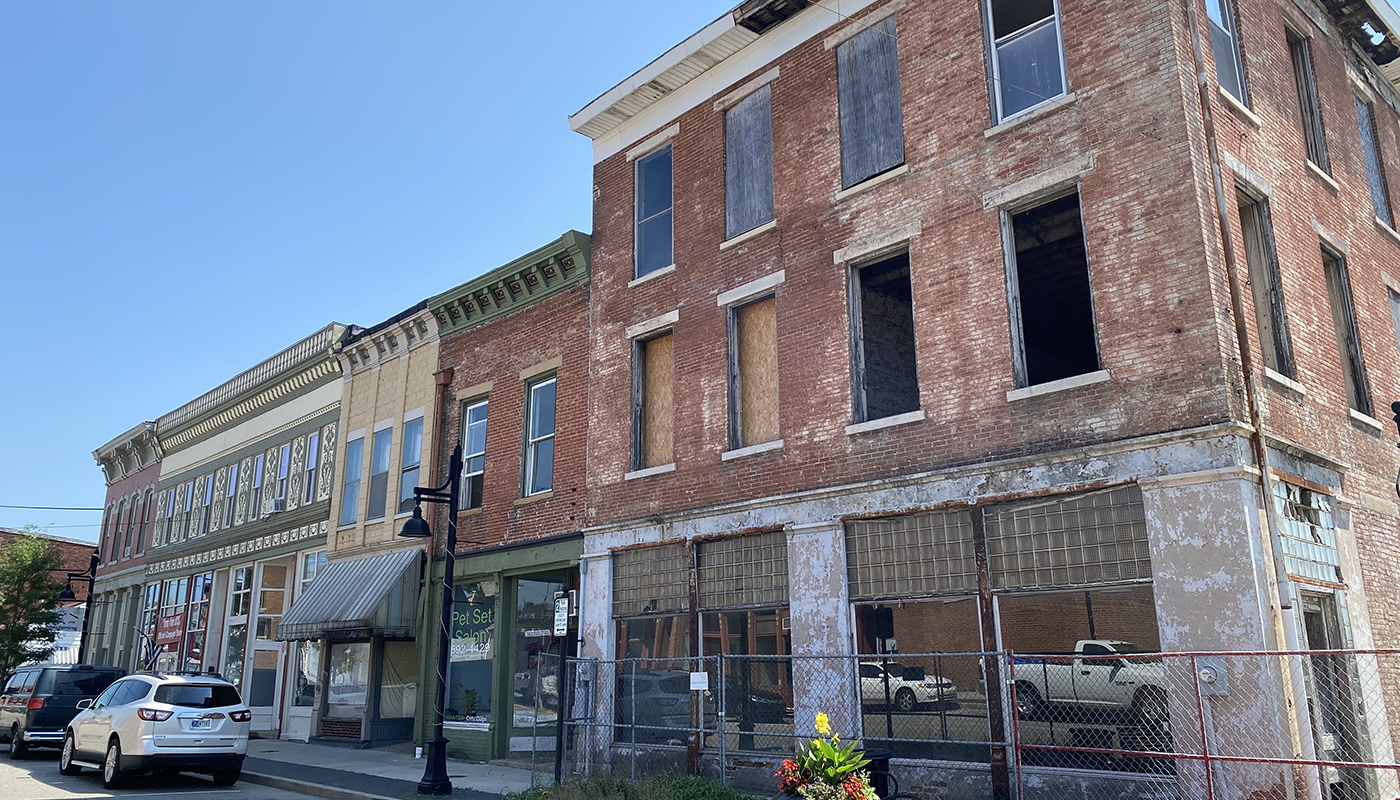 Taking Up the Torch

Artist Jerry Greene had great plans for North Vernon’s historic Greathouse Hardware building, but the COVID-related economic downturn spoiled his hopes and left the vacant landmark in jeopardy. To save the structure, Indiana Landmarks and the City of North Vernon are partnering to save the building.

Built in 1868, the three-story brick building at 504 O&M Avenue is one of the city’s tallest downtown structures. Notable as the first location of J.R. Greathouse & Sons Hardware, the building eventually became a warehouse for the business after it moved to its second location across the street. Greathouse closed its doors in 2017 after 85 years in operation.

At the same time, Greene, an artist and designer from Indianapolis, was on the lookout for a place he could transform into a center for artists, with affordable studio space, living quarters, classrooms, and exhibit areas. He spotted the Greathouse Hardware buildings and saw an opportunity to create a regional location, attracting artists priced out of more expensive spaces in Indianapolis, Cincinnati, and Louisville. He started renovations, but was forced to abandon the project as the pandemic slowed business.

With restoration work stalled, demolition became a real concern. Decades of rough use as a warehouse left the building in perilous condition, and losing it would leave a ruinous gap in the city’s National Register-listed downtown. To help save it, Greene donated the building to Indiana Landmarks. 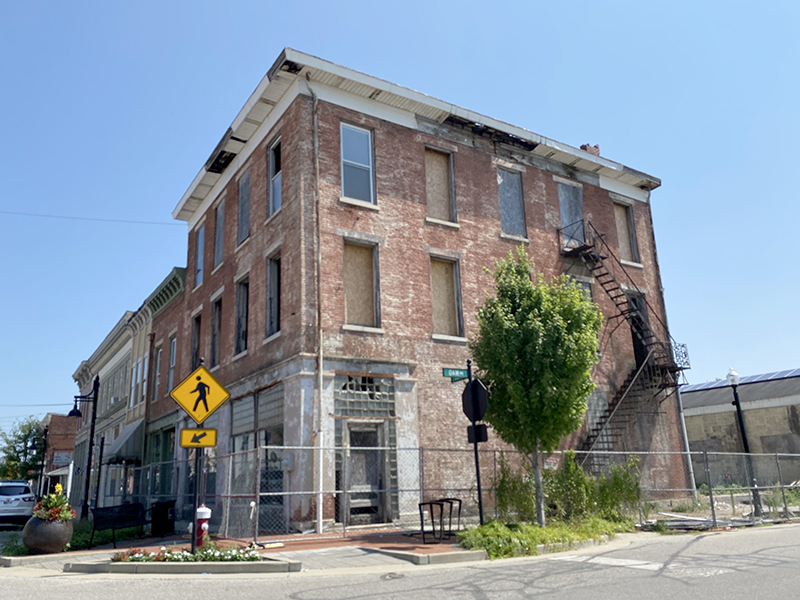 Indiana Landmarks and the City have each committed $50,000 to address the most urgent repairs, focusing on the building’s roof and bracketed cornice. Emergency Restoration & Contracting of Louisville, KY, is the lead contractor, assisted by Floyds Knobs architect Ron Stiller and engineering firm Renaissance Design Build of Sellersburg.

“This prominent corner building offers great potential, with an opportunity for ground floor commercial space and a residential unit on the upper floors,” says Greg Sekula, director of Indiana Landmarks’ Southern Regional Office. “Vacant land attached to the lot provides an opportunity for a sizable building addition and an ability to offer off-street parking – a rarity in most downtown settings.”

We expect to list the building for sale this spring, once stabilization work is completed. For more information, contact Greg Sekula, 812-284-4534, gsekula@indianalandmarks.org.