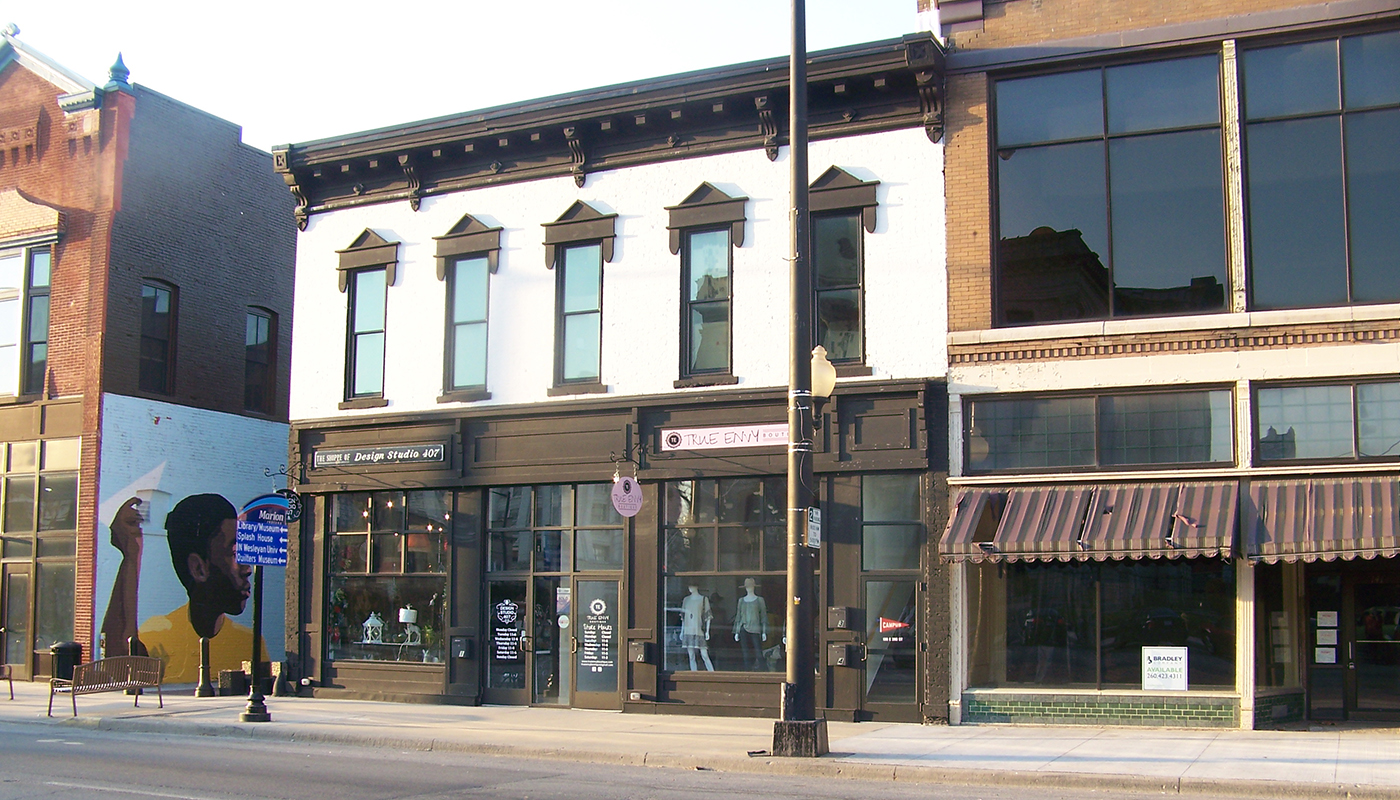 Linda Harmon practiced what she preached by opening Design Studio 407 in a renovated commercial building in downtown Marion.
POSTED ON March 18, 2021 BY Indiana Landmarks | News

In Marion, Linda Harmon earned respect and admiration for her tireless advocacy and leadership as part of Save Our Stories, Inc. (SOS) – the city’s local preservation nonprofit. The community is mourning her recent COVID-related death, but her colleagues are committed to carrying on her legacy.

A prosperous industrial town through the mid-twentieth century, Marion suffered economic downturn in recent decades following the closure of several manufacturing facilities. The population declined as people moved away to find jobs, leaving much of the city’s historic core languishing.

After living away from Marion for some time, Linda returned to her hometown several years ago, bringing a fresh perspective with her. Seeing the city’s historic architecture as its greatest asset, Linda became a cheerleader for Marion’s revitalization, promoting preservation as a powerful tool for economic development. Leveraging her professional design background, she opened Design Studio 407 — a shop featuring quality home décor and works of local artisans – in a renovated downtown commercial building. And she acted as a mentor, offering advice and encouragement to others opening downtown businesses.

Linda encouraged SOS to take on its first real estate project in 2019, a home attributed to noted African America architect Samuel Plato. With support from Indiana Landmarks, the group tackled exterior repairs before placing the home on the market. 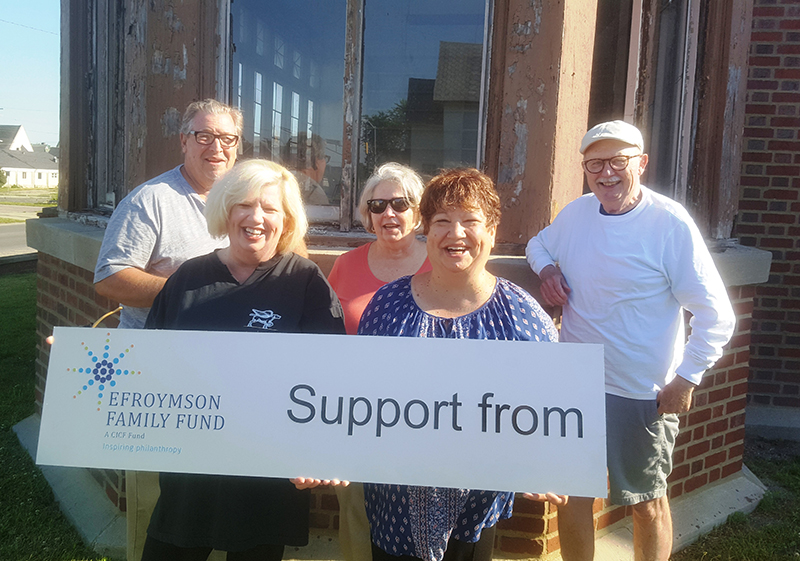 As Marion’s renaissance gains momentum — with recent successes including redevelopment of the historic Marion National Bank Building and former Wolfe Law Building — Linda’s vision and positivity endure, proving that caring about a community and its people is a legacy that endures.