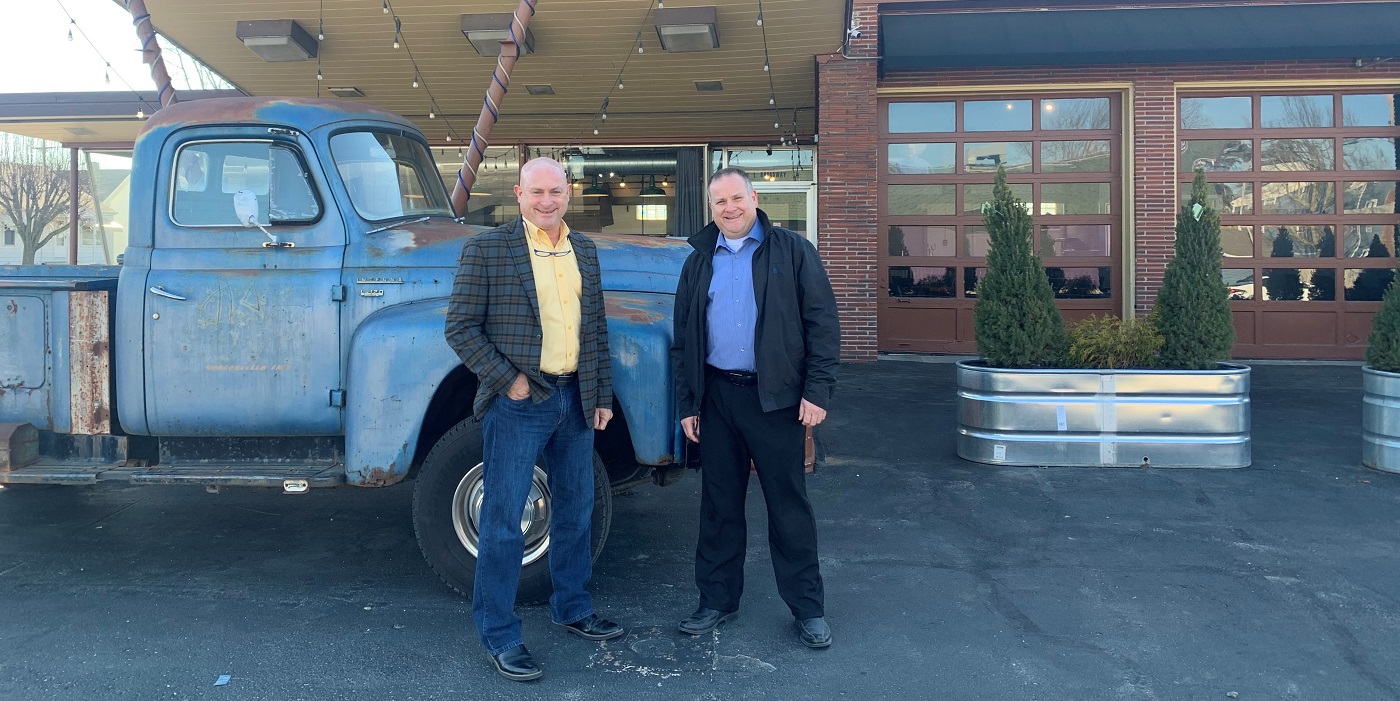 Echoes of Road Trips Past

Like many once-bustling cities and towns located along Indiana’s state highways, Fortville’s automotive landmarks stand as a testament to the town’s past as a hot spot along State Road 36, a main route for travelers to Anderson and beyond. After the construction of I-69 bypassed the town in 1969, traffic in Fortville slowed, creating a lack of development pressure that likely contributed to the survival of several historic service stations and automotive-related buildings. 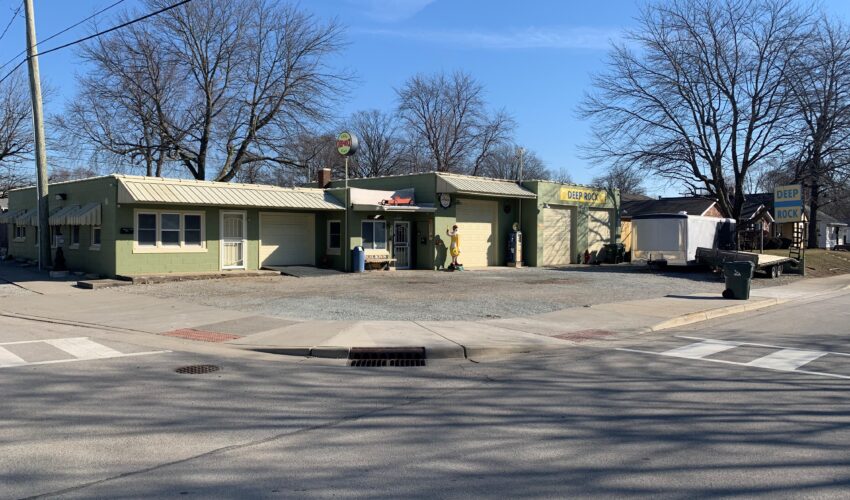 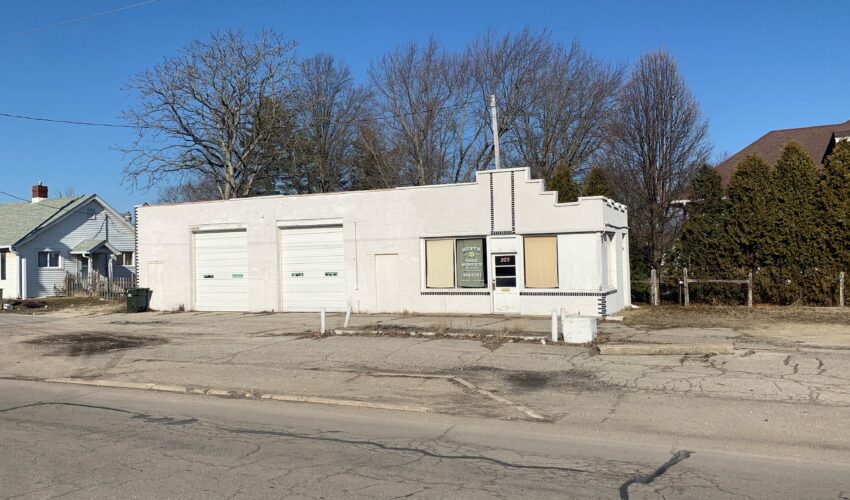 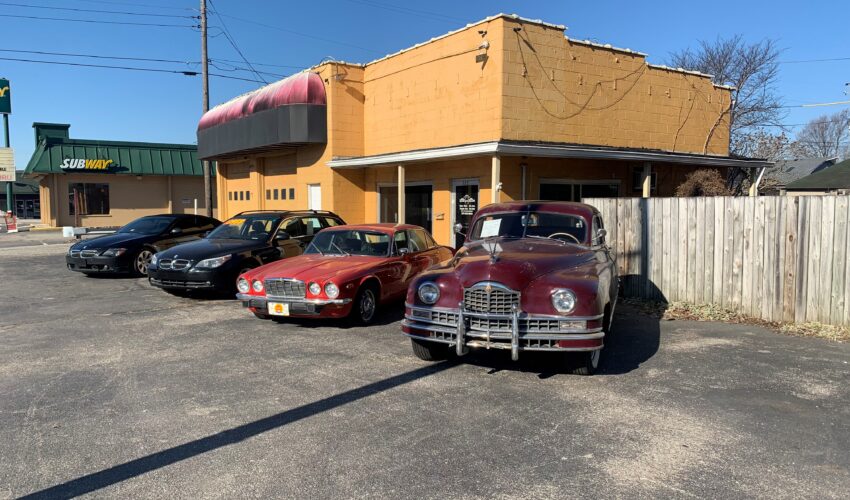 Shawn Miller, owner of Significant Cars, moved his showroom to Fortville 7 years ago into a historic station originally operated by Texaco at 225 E. Broadway St. (Photo by Shawn Miller.)
Previous Next

While five historic service stations remain today, the gem of the group is a striking Mid-Century Modern structure at 110 E. Broadway Street built in 1956 by Harlan Hughes, a seasoned service station operator who aimed to incorporate all the elements he had learned customers wanted. His daughter, Jean Hinnefeld — an art instructor at the Fortville schools — designed the building. 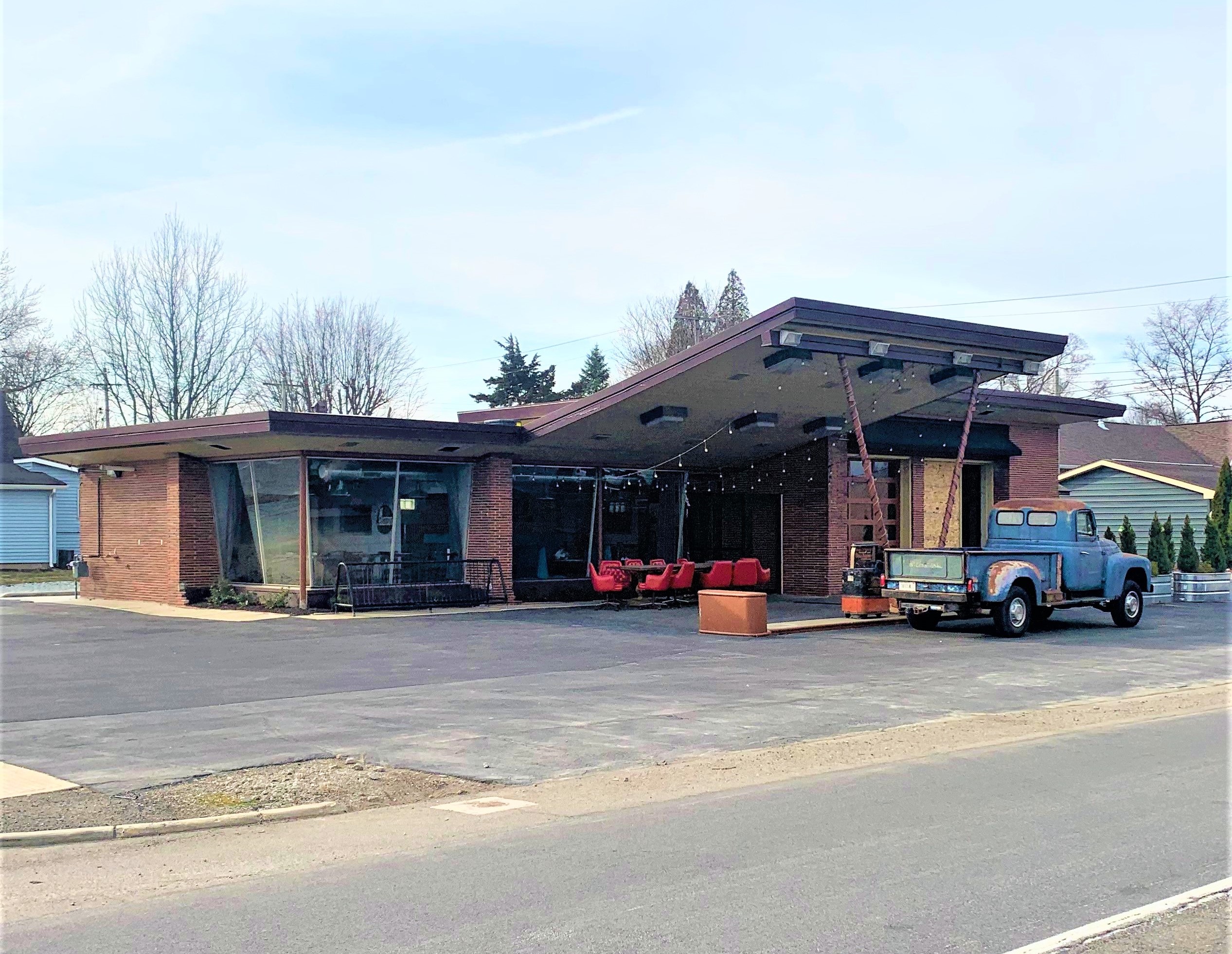 Denver’s Garage in Fortville was built in 1956 and first opened as a Phillips 66 station. (Photo by Shawn Miller.)

An article in the September 27, 1956 edition of Indianapolis News describes the contemporary building’s “dramatic” sloping 22-foot overhang, redwood trim, Roman brick, and large glass windows. Upon its completion, the building received so much attention that several oil companies vied for its franchise. Hughes selected Phillips 66, telling Indianapolis News that even competitors admitted “it’s the finest station we’ve seen.” A unique feature the station offered was a gift shop run by Hughes’ wife, Melva, who believed men would stop to buy gifts for their wives and families when on the road after larger stores had closed for the day. Hughes ran the business for many years before selling to Denver Lee, a car collector and mechanic who shifted the business from service station to repair shop. 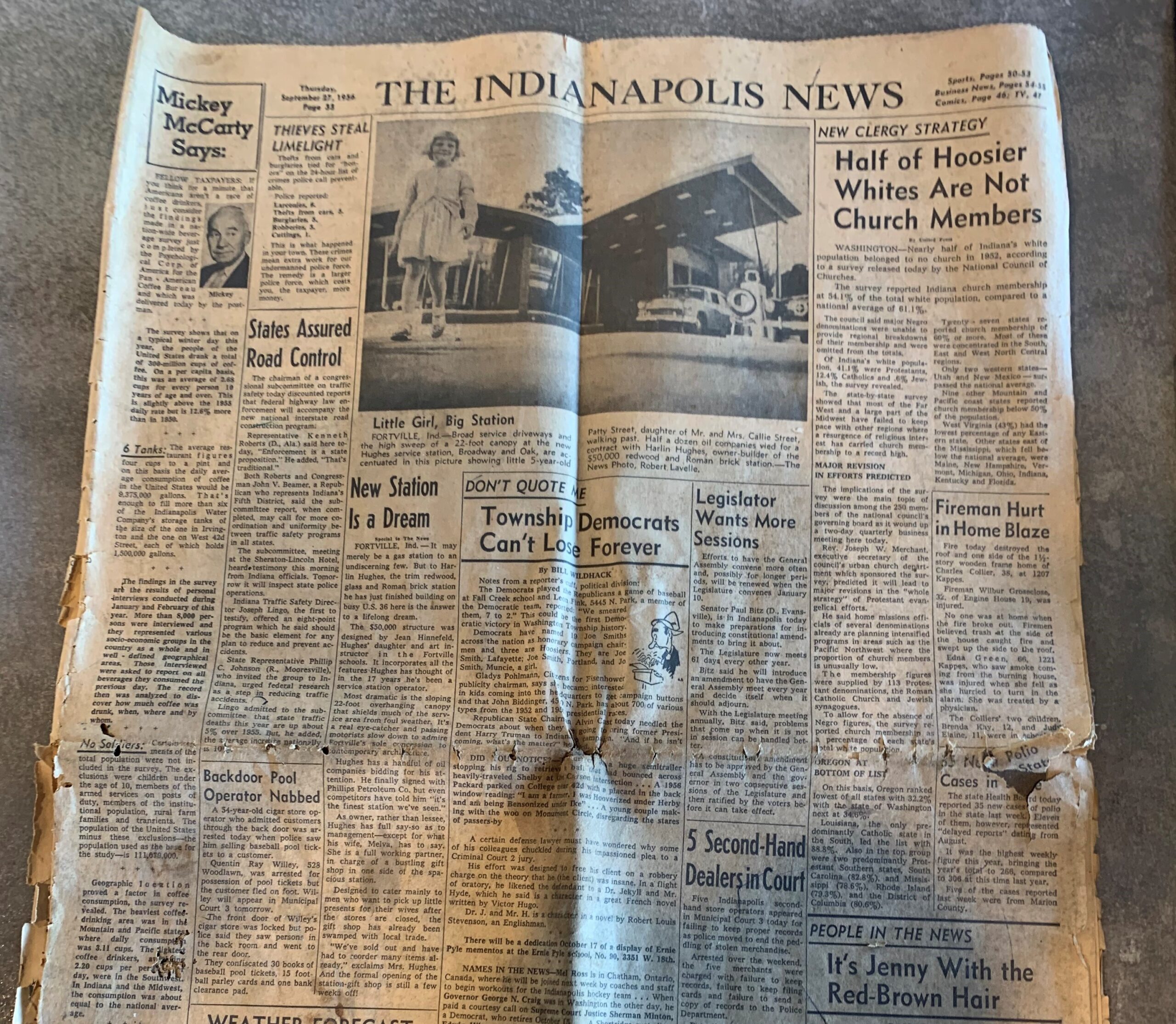 Today, development in Fortville is on the rise, with the addition in recent years of restaurants, brew pubs, and a craft brewery. Local homeowner Fritz Fentz, restorer of a Victorian home just west of Denver’s station, dreamed of purchasing the property and opening it as a pizza parlor should Lee ever decide to sell. His dream came true when Lee retired three years ago and sold him the building. After spending his first years of ownership resolving the site’s environmental issues, Fentz’s vision is close to becoming a reality. Partnering with his brother Karl Fentz, who has many years of industry experience working for MCL Restaurant & Bakery, and distributors Sysco and US Foods, the pair plans to launch Denver’s Garage Pizza & Brews, an artisan pizza place with auto-themed décor honoring the property’s past. Denver’s Garage will be a family-friendly operation with live entertainment under the canopy on weekends. The brothers plan to host a grand opening in May or June, once their special-order pizza oven arrives. 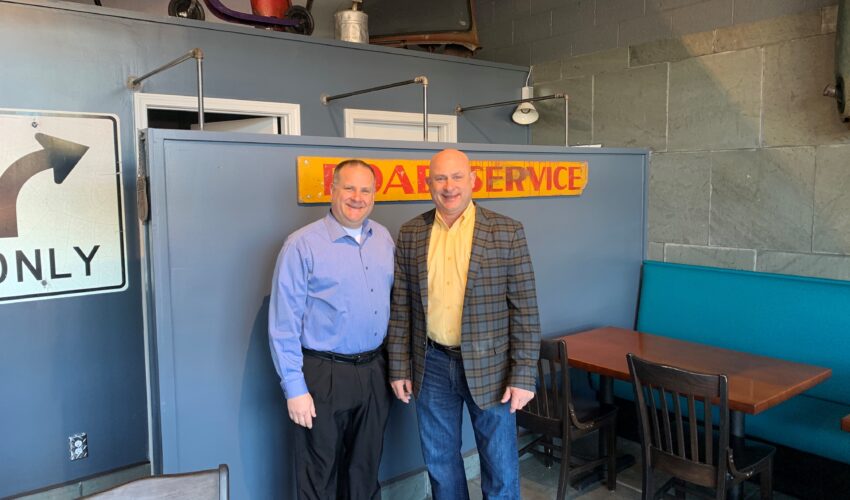 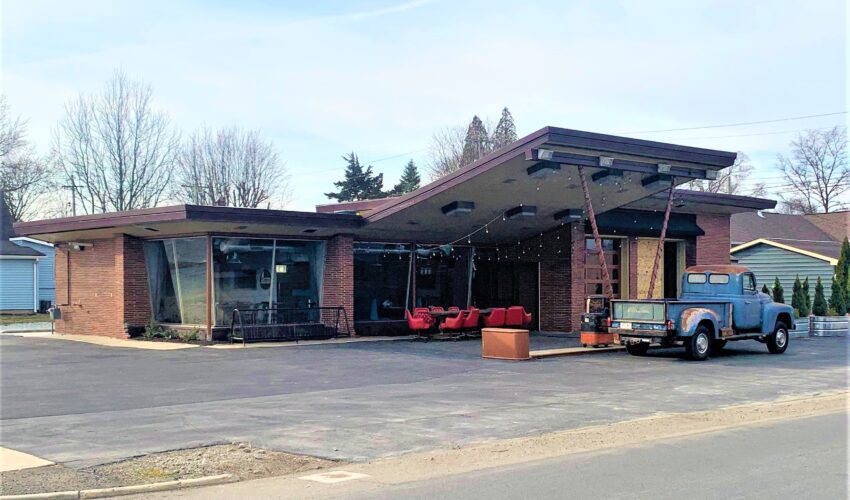 Denver's Garage in Fortville was built in 1956 and first opened as a Phillips 66 station. (Photo by Shawn Miller.) 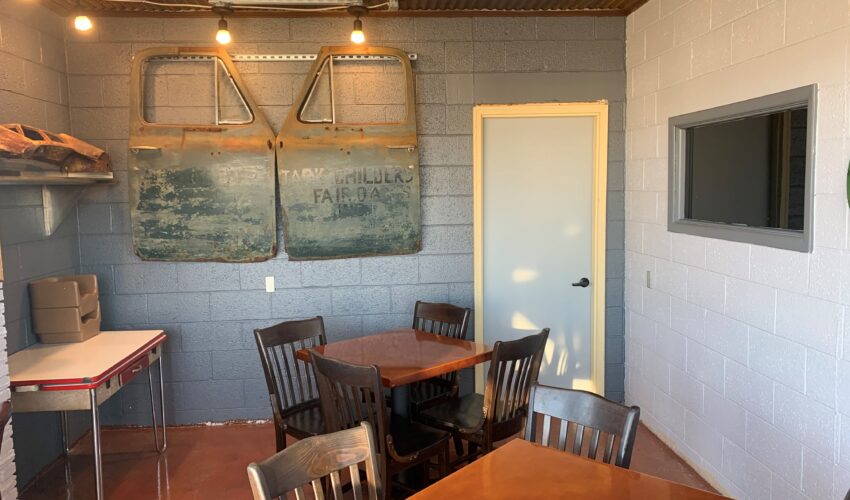 Paying homage to its automotive past, Denver's Garage makes use of auto-themed decor. (Photo by Shawn Miller.)

Paying homage to its automotive past, Denver's Garage makes use of auto-themed decor. (Photo by Shawn Miller.)
Previous Next