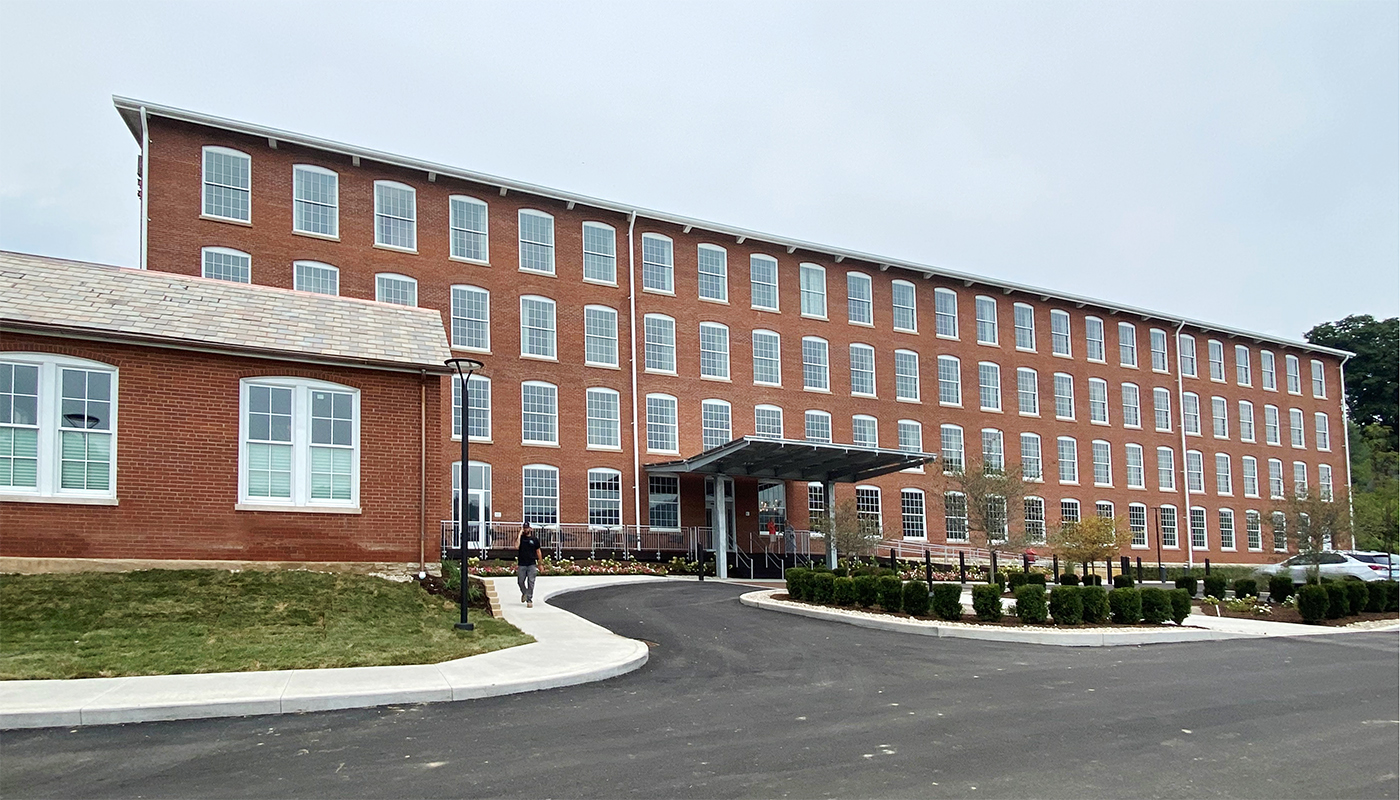 Madison was a working river town long before it drew attention for its dense collection of nineteenth-century houses and commercial buildings. The Eagle Cotton Mill was one of the workhorses, producing twine and fabric that shipped down the river. Built in 1884, the mill had been vacant for three decades when it landed on Indiana Landmarks’ 10 Most Endangered List in 2013. The bleak picture changed when Riverton LLC, the City of Madison, and the Indiana Economic Development Corporation (IEDC) put together a plan to revitalize the mill as an amenity designed to boost the entire region.

At a ribbon-cutting ceremony in July, city leaders, residents, and members of the development team gathered to mark the mill’s $22 million transformation into an 85-room Fairfield Inn and Suites boutique hotel and conference center. 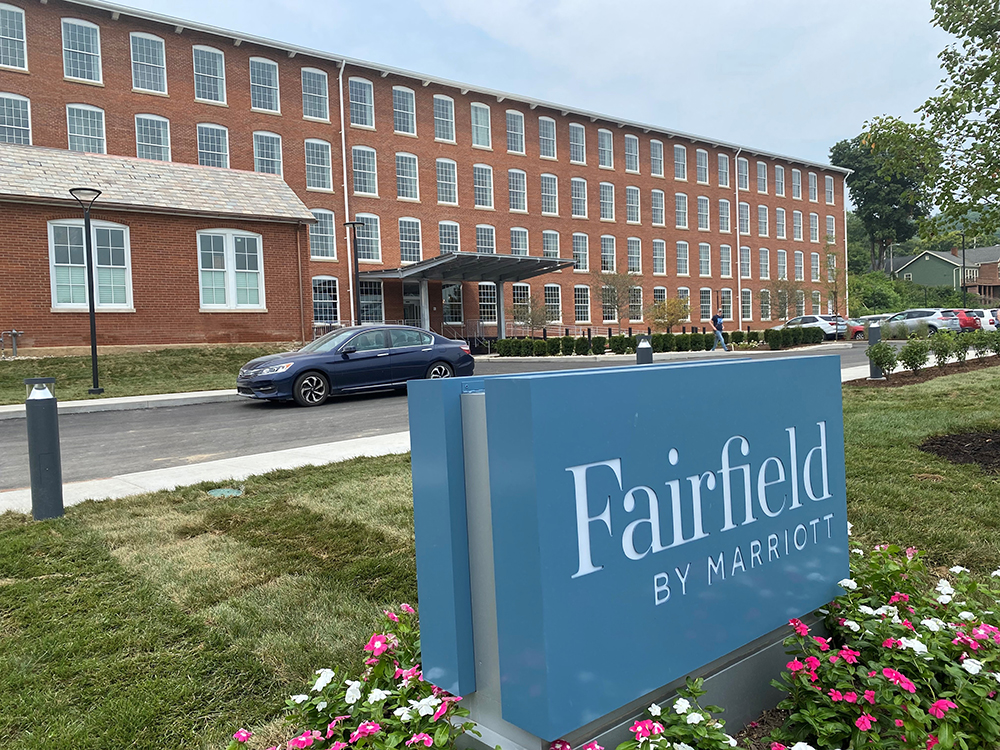 Overlooking the Ohio River in the city’s historic downtown, the cotton mill is the last large historic industrial building remaining along the city’s waterfront. When architect and developer Ron Bateman retired to southern Indiana four years ago, the mill’s prime location and solid construction caught his eye.

Though Bateman initially envisioned the building as apartments or condominiums, city officials – particularly then-Mayor Damon Welch – advocated strongly for a hotel to support the city’s growing tourism industry. After more than two years assembling the necessary partners and financing, the team broke ground on the project in 2019.

Remarkably for a large, complex project conducted during a global pandemic – when supply chain issues and worker safety concerns complicated construction – the rehab wrapped up only a couple of months behind schedule and 1% above budget. 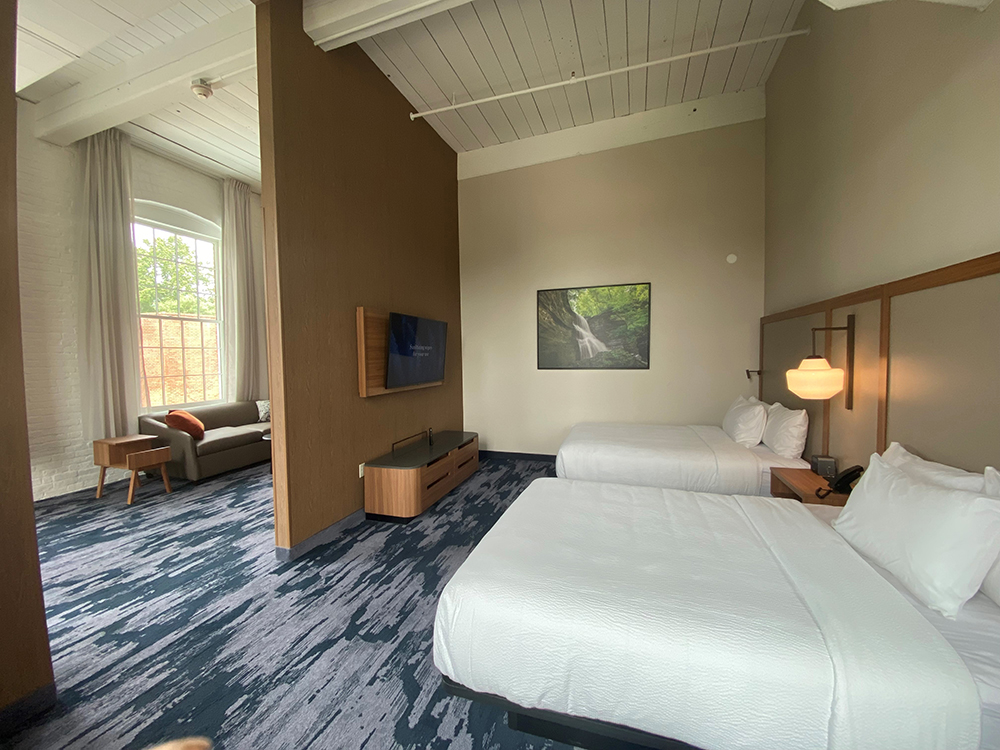 The hotel is the first Fairfield Inn housed in a historic building, and designers embraced the opportunity to incorporate elements of its industrial character. More than 200 huge windows illuminate the interior, where original beams support soaring 12’ to 15’ ceilings.

To learn more or book a room at the new hotel, visit www.marriott.com.