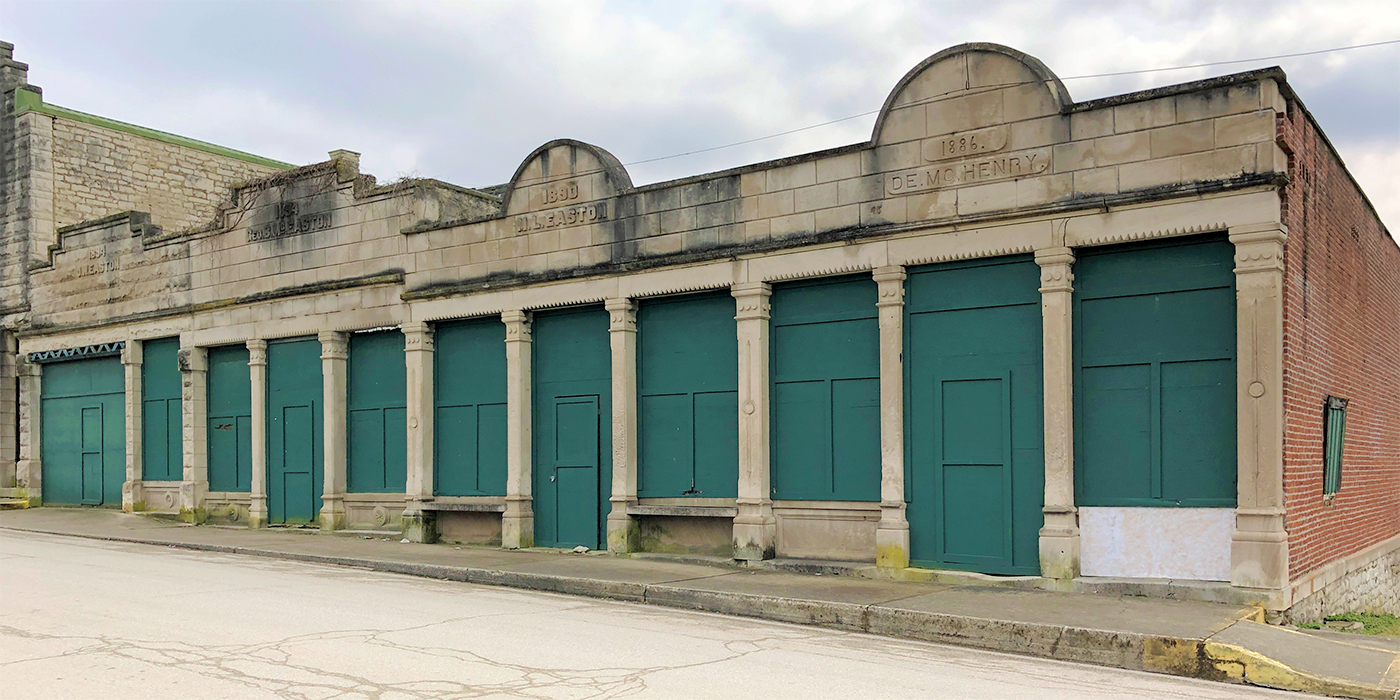 It’s easy to see the mark of Stinesville’s limestone industry in the historic buildings that line Main Street. At one time, the town bustled with with social activity and commerce fueled by four local limestone quarries. Now, however, a group of five historic limestone buildings is the only intact remnant of downtown Stinesville. Four of the buildings have been vacant for decades, but working with Indiana Landmarks, town officials are turning to a new strategy to revive them: offering the group of structures for $1 to a party who will stabilize and restore them.

A small community located 15 miles northwest of Bloomington, Stinesville developed in the 1850s as the limestone industry was taking hold in southern Indiana. By the 1890s, it was a boom town of nearly 1,000 residents, with stone workers and carvers arriving from all over the world to work in the quarries that supplied limestone to build the Monroe County Courthouse, the Indiana State Capitol, Indianapolis’s Soldiers and Sailors Monument, Chicago’s Tribune Tower, and the Masonic Temple in Washington, D.C.

Between 1884 and 1894, a two-story I.O.O.F. Lodge and four limestone-faced commercial buildings were constructed in a row on Main Street. Their permanence represented the town’s belief that the prosperous times would continue. However, a 1916 fire destroyed Stinesville’s stone mill, and the quarries closed altogether by the 1960s. 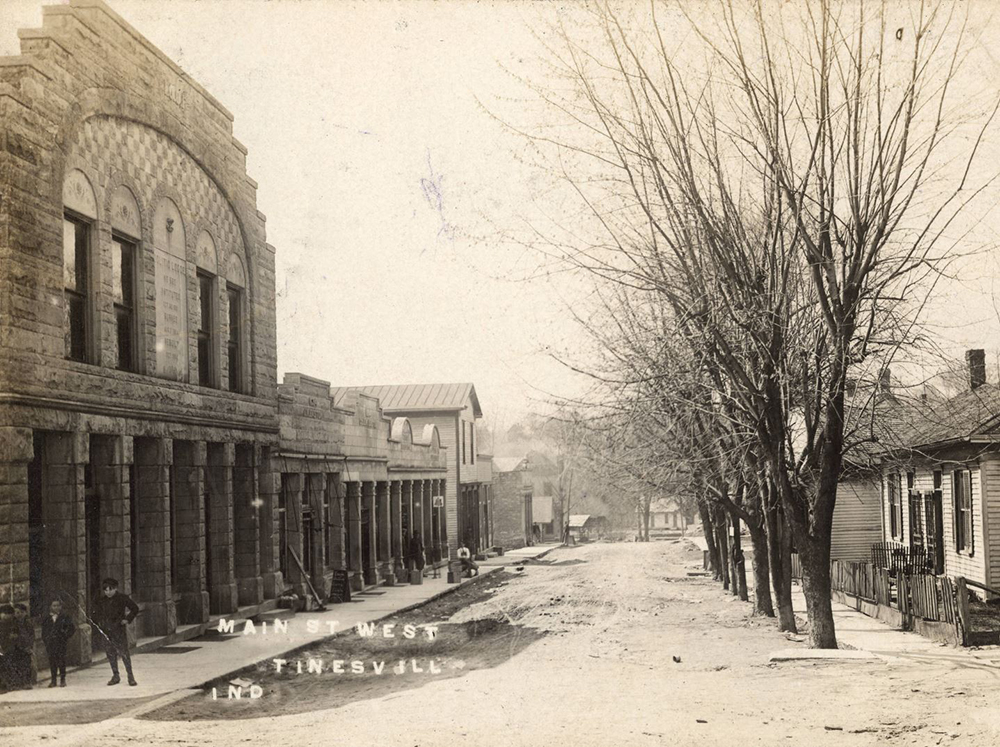 The cluster of historic buildings appeared on Indiana Landmarks’ 10 Most Endangered list in the 1990s. Since then, the historic lodge has been partially rehabbed to house the Stinesville Mercantile and post office.

With their handsome limestone facades and large storefront windows, the four vacant commercial buildings hold potential for any number of creative reuses, including live-work space, an event venue, restaurant or retail, or maker space for artisans or craftspeople.

Each building is one story with a full lower level, collectively enclosing approximately 9,000 square feet. The former lodge is not part of the request for proposals. The group is listed in the National Register of Historic Places as part of the Stinesville Commercial Historic District, a designation that makes them eligible for rehabilitation tax credits.