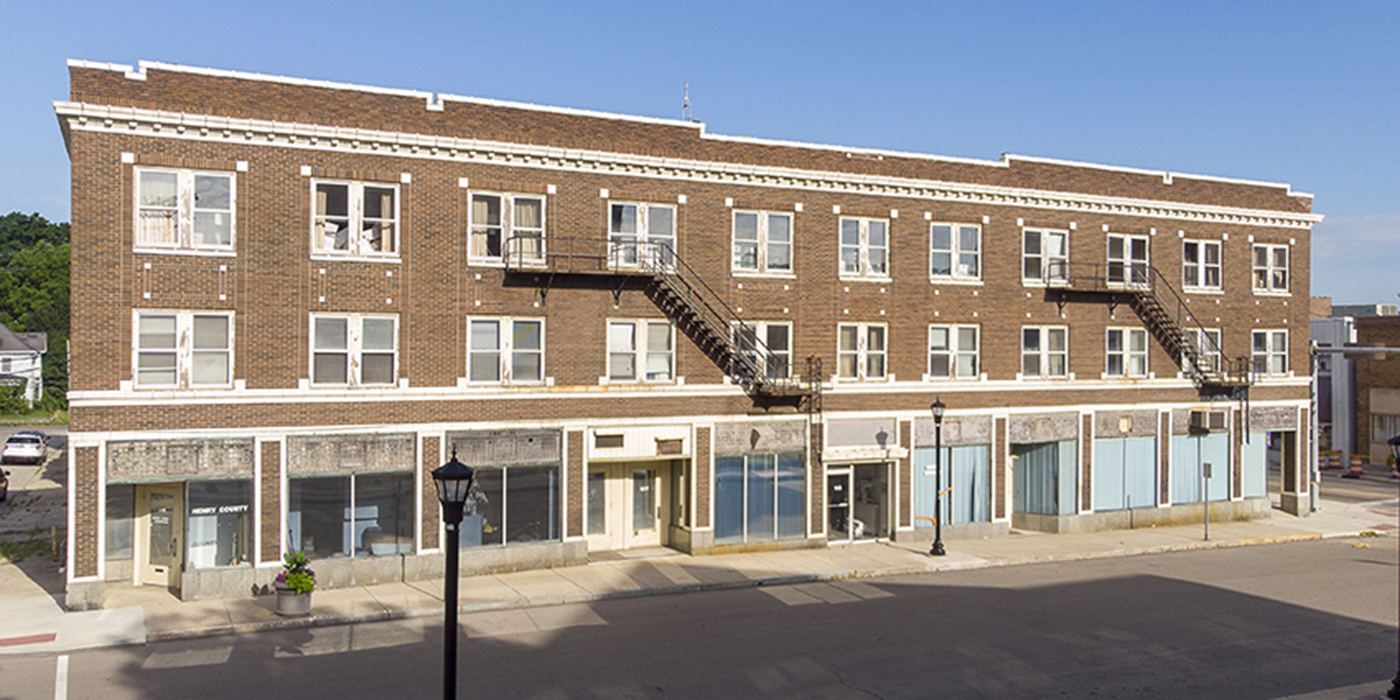 For years, county officials discussed demolishing New Castle’s Courthouse Annex and using the site for parking, a threat that landed the building on Indiana Landmarks’ 10 Most Endangered List in 2021. Prompted by the increased attention and renewed calls for preservation, Henry County Commissioners are accepting rehabilitation proposals for the landmark, a move that offers a chance to save and develop a key structure on the courthouse square in the heart of downtown New Castle.

Constructed at the turn of the twentieth century, the Courthouse Annex stretches along the entire 100 block of 12th Street – a three-story Classical Revival edifice with terra cotta details and large windows that reflect the 1869 Henry County Courthouse across the street. The structure has been vacant for years, used primarily as an overflow storage facility for county records. The building is listed in the National Register of Historic Places as part of the New Castle Historic District, a status that qualifies it for certain tax incentives for rehabilitation.

The County is willing to sell the Courthouse Annex for no less than $22,000 to a party who will stabilize, restore, and develop the building. Potential uses for the structure include live-work space, restaurant or retail space, travel accommodations, or maker-space for artisans.

The County will evaluate proposals on appropriateness of the rehabilitation plan, capacity to undertake the project, and financial responsibility. Proposals are due no later than 10:00 a.m., Eastern time, April 13, 2022, and should be submitted to the Board of Commissioners of Henry County, Indiana, 101 South Main Street, New Castle, Indiana 47362.