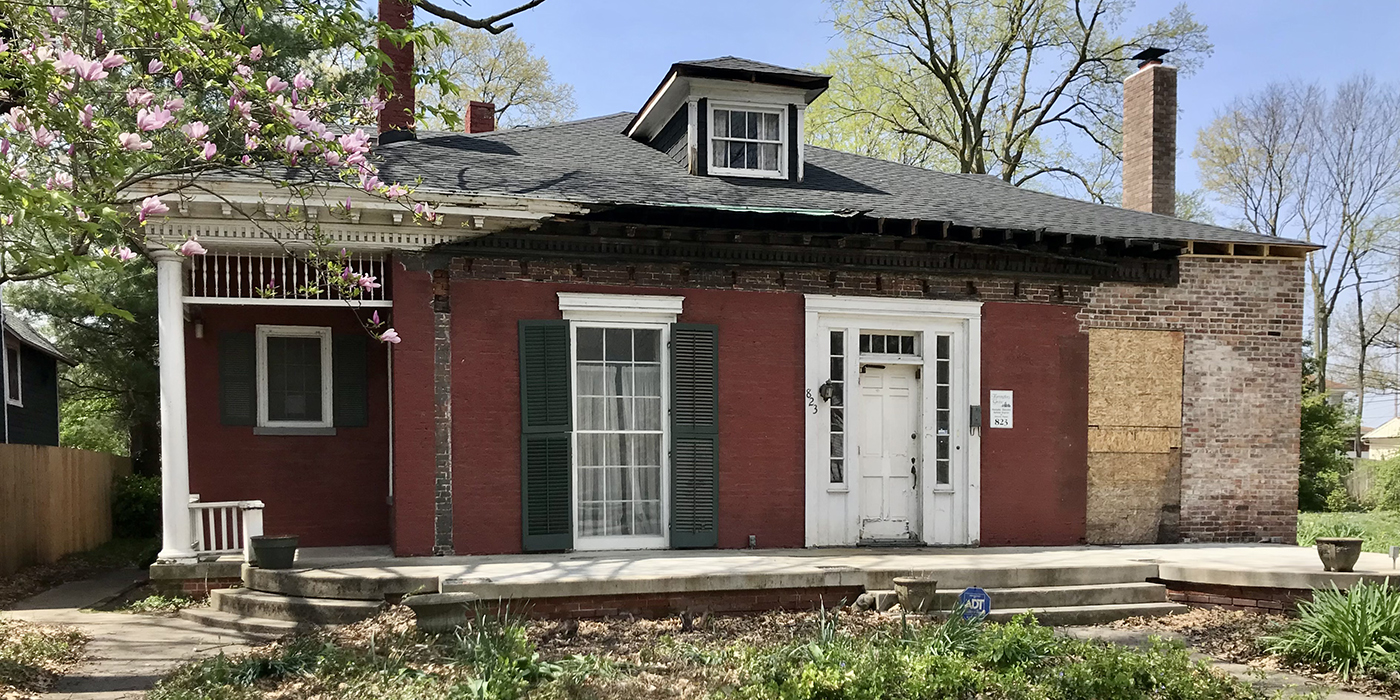 In June 2021, a strong summer storm swept through Terre Haute, leaving a trail of destruction in its wake. The city’s Farrington’s Grove Historic District suffered the brunt of the violence, including devastating damage to the Grover-Lee House, one of the oldest houses in the district. A large tree toppled by the storm struck the northeast corner of the house, smashing the roof, collapsing masonry walls, and crushing the north half of the front porch. 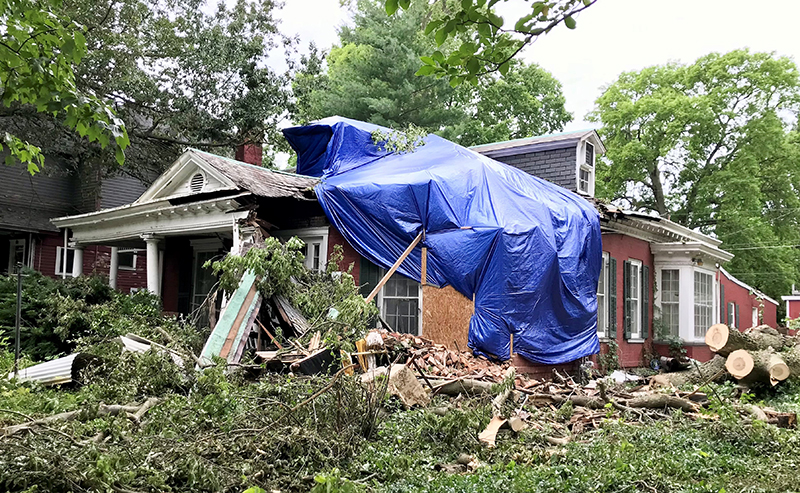 The Grover-Lee House dates to c.1855, built by Joseph and Mariette Grover. As owner of the Eagle Foundry, Joseph stands among the early industrialists who helped elevate Terre Haute as a major economic center during the second half of the nineteenth century. In the 1950s, Dr. Anne Lee and her husband, John, bought the house and moved in. A well-respected career professor in Indiana State University’s Family and Consumer Sciences Department, Anne became a longtime neighborhood preservation advocate. The home remained unoccupied after her death in 2009, though the Lees’ grandson continued to care for the property.

The severity of the damage raised concerns about the home’s fate. Knowing that demolition or inappropriate repair would be a significant loss to the district, Indiana Landmarks negotiated purchase of the house and immediately tackled emergency repairs, starting with reconstruction of the collapsed walls and chimney.

The damaged area of the roof structure had to be completely reconstructed, but pandemic-related supply chain issues have delayed finishing the work. As soon as lumber arrives, local woodworkers can begin milling cornice members and trim, and crews will finish building the cornice, soffits, and gutters. 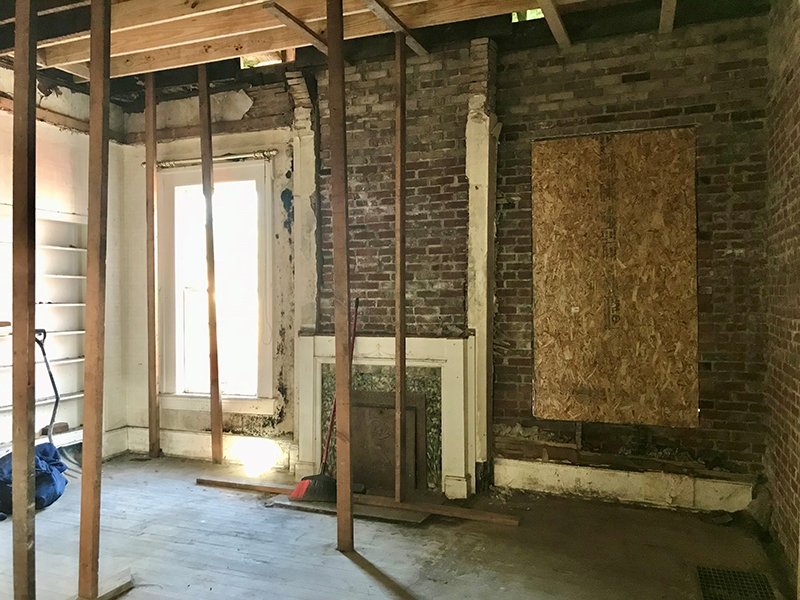 Surprisingly, the original windows in the collapsed wall sections survived. They’ll be repaired and reinstalled, and once exterior work is completed, we’ll turn our attention to the interior, where water damaged plaster and drywall. We expect to list the house for sale this summer, with protective covenants to ensure its ongoing preservation.

“Once a new buyer finishes the rehab, the Grover-Lee House should be in shape to last another 160 years,” says Kleckner. “That is, as long as Mother Nature doesn’t take aim at it again.”