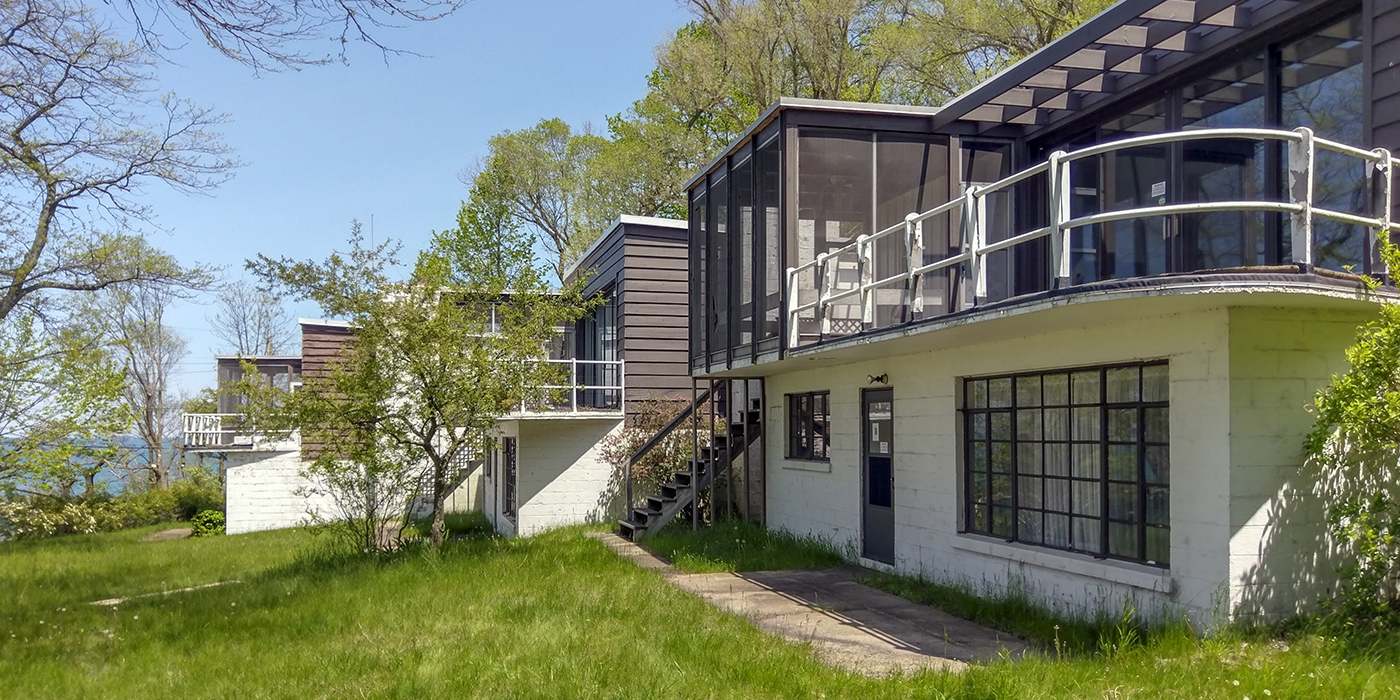 The Solomon Enclave, three International-style homes built in 1948, are part of this year's Logs to Lustrons Tour at Indiana Dunes National Park.
POSTED ON May 11, 2022 BY Indiana Landmarks | Events, News

A Day at the Dunes

After a two-year hiatus, Indiana Landmarks and the National Park Service are teaming up again to highlight a century of architecture in the Indiana Dunes National Park. Join us on Saturday, June 25, for the 2022 Logs to Lustrons Tour, exploring 17 sites spanning more than 150 years—including private residences not normally open to the public.

For even deeper insight, an evening lecture on Friday, June 24, highlights the architecture and history of the National Park, including a preview of sites included on the tour and an up-to-date review of recent preservation activities in the park.

The June 25 tour includes three nineteenth-century Swedish landmarks: the Chellberg Farm, the restored Oscar and Irene Nelson House, and the Gust Lindstrom Site and its World War I-era Wahl Barn, which has been restored and repurposed as an environmental preschool. 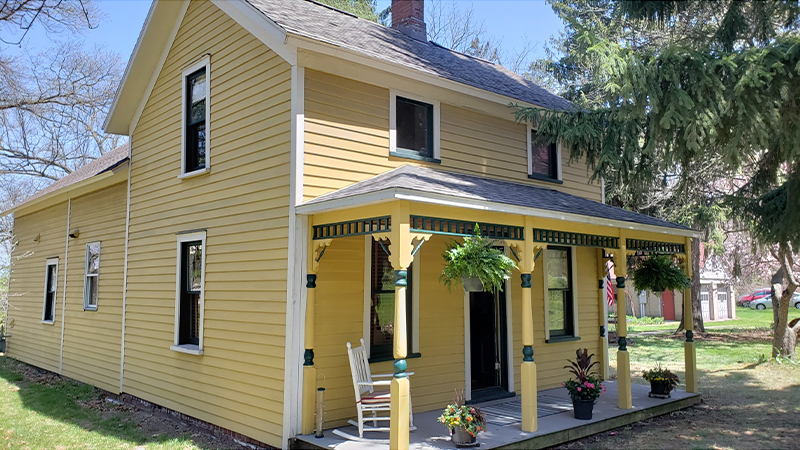 The Oscar and Irene Nelson House

Children on the tour can earn a Junior Ranger Badge by completing drawings of sites on the tour in a booklet supplied by the National Park. Hands-on programs will be presented at several sites, including brick-making at the Oscar and Irene Nelson site.

Learn more and buy tickets for the tour at https://www.indianalandmarks.org/event/logs-to-lustrons-tour-2022/