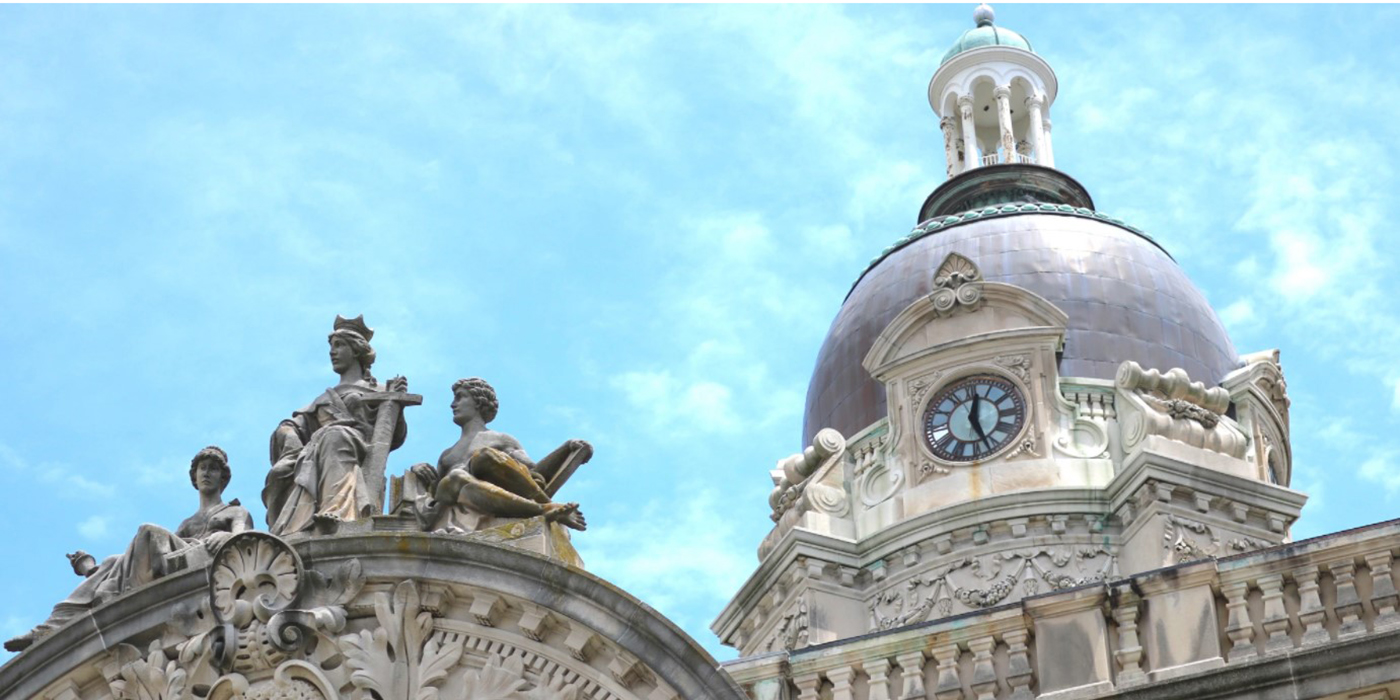 The tolling of the bell in the Old Vanderburgh County Courthouse’s clock tower has signaled the landmark’s prominence in downtown Evansville since its construction in 1890. Today, the Old Courthouse Foundation and Vanderburgh County are leading a $300,000 campaign to repair the tower and keep the bell ringing.

The courthouse served as the seat of county government until 1969, when operations moved to the newly built Civic Center. A grassroots group now known as the Old Courthouse Foundation saved and restored the building as a hub for offices and events, but the clock tower remained untouched. 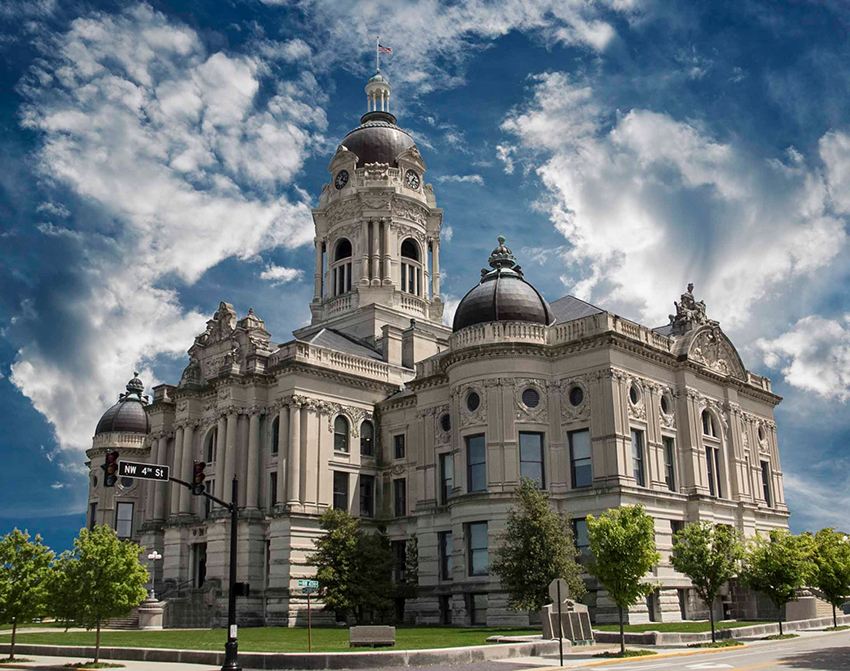 In 2019, a piece of limestone tumbled off the tower, through a skylight, and into the courthouse basement, prompting a survey revealing a dire need for repairs to the tower’s masonry, infrastructure, and clock faces. The 2.5-ton bell also needs to be rotated to address a divot formed by decades of strikes from a 100-pound hammer. “No one seems to remember the last time it was rotated,” says Larry Bristow, vice president of the Foundation. 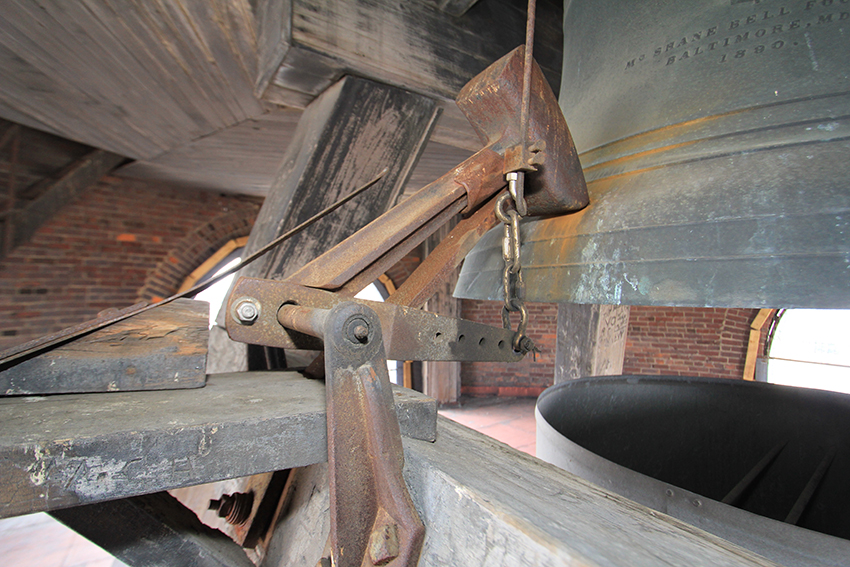 While the county owns the building and regularly funds its maintenance, restoration of the clock tower calls for much greater investment. You can contribute to the campaign at oldvanderburghcourthouse.com.