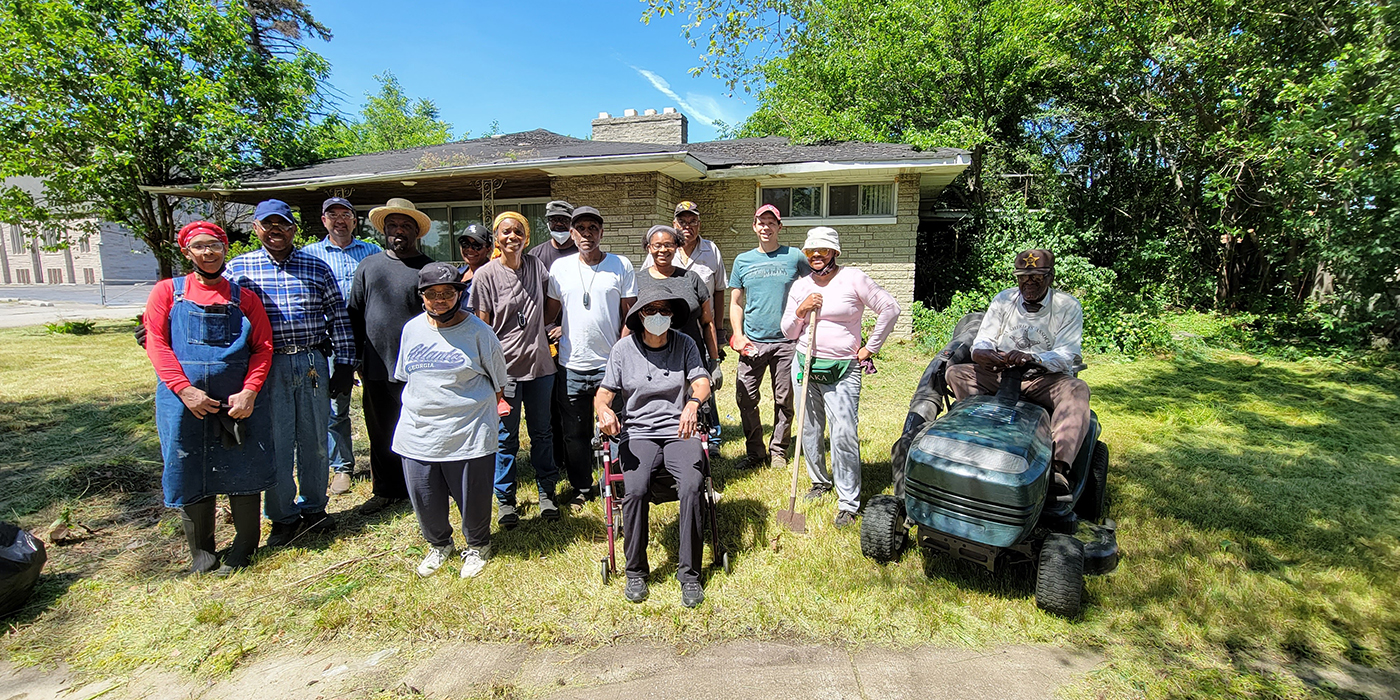 Since the 1950s, Gary’s Means Manor neighborhood has been a stalwart of stability in a community struggling with disinvestment – a tight-knit community where many of the current residents have lived their entire lives. As part of Juneteeth celebrations this summer, staff from Indiana Landmarks joined with neighborhood residents to tackle a property that in recent years has become an eyesore.

Brothers Andrew and Geter Means developed the neighborhood, originally called Means Park Manor. Together, the Means operated one of the largest Black-owned real estate development companies in the Midwest. With nearly 200 houses – including the brothers’ own homes – Means Manor quickly became the city’s premier development for the Gary’s burgeoning Black middle class.

Located at 2044 Monroe Lane, Geter Means’ mid-century ranch house was a neighborhood focal point, a place many current residents recall gathering at as kids to play in the yard or perform impromptu plays in the basement.

The house is an excellent example of residential mid-century design, but over the last decade vandalism, neglect, and illegal dumping transformed the property into a blight among Means Manor’s well-kept homes. Alarmed at the ongoing neglect, neighbor Yejide Ekunkoney led a group of concerned residents in forming SayYestoMeans, a non-profit dedicated to promoting and preserving the rich history of Means Manor.

Indiana Landmarks worked with the group to coordinate yard clean-up at the site, and on June 17 a dozen neighbors arrived with tools in hand to begin clearing a decade of overgrowth. Volunteers filled two 30-yard dumpsters with debris, trash, limbs, and shrubs. On finishing work, one neighbor rejoiced that she won’t have to cross the street any more on daily walks now that the sidewalk free of obstruction. 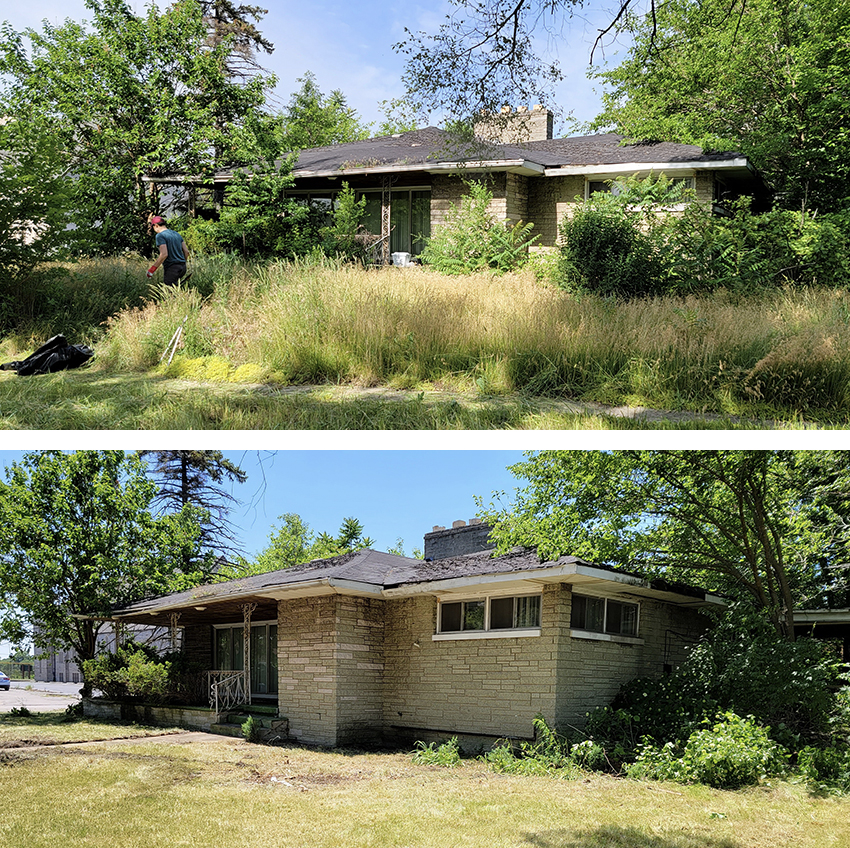 The Geter Means House in Gary, before and after volunteers and neighbors cleared trash and overgrowth from the property.

SayYestoMeans recruited neighbors to maintain the yard and keep an eye on the property. In the meantime, Indiana Landmarks is advising the group on National Register listing and hopes to work with the homeowner on a plan to rehabilitate the property.