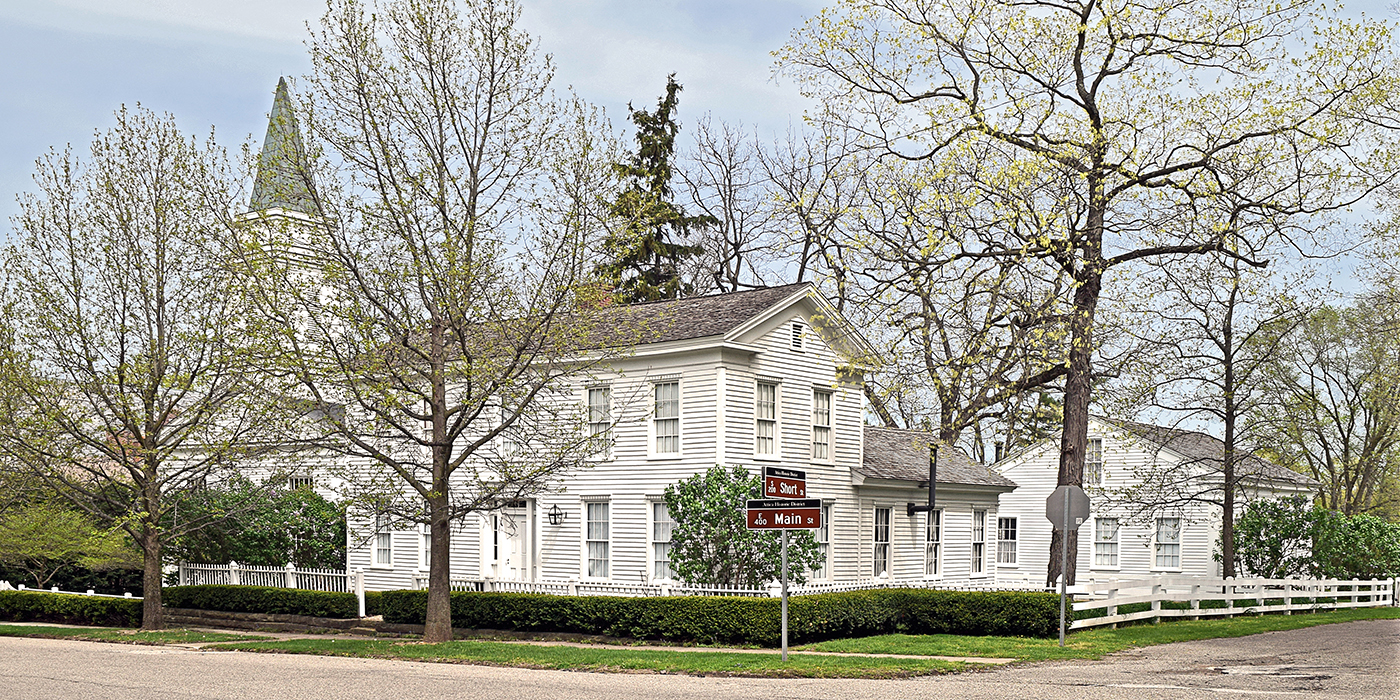 In the 1980s and ’90s, Attica native and renowned interior decorator John Cottrell restored three Greek Revival-style buildings as a gift to his hometown. Before his passing in 2021, Cottrell made plans to donate the collection (above) to Indiana Landmarks, which is working with Fountain County Landmarks to plan for the properties’ future. Photo: Lee Lewellen
POSTED ON September 12, 2022 BY Indiana Landmarks | News, Rehabs & Renovations

The group is the legacy of Attica native John Cottrell, who restored the properties in the late ’80s and ’90s as a gift to his hometown. Now known as Cottrell Village, the scenic landmarks have become one of the community’s favorite gathering places for weddings, architectural and garden tours, music recitals, and other events.

From his home in southern California, Cottrell made plans to ensure the properties’ long-term preservation by donating them to Indiana Landmarks. Since his passing in late 2021, we’ve been working with The John Cottrell Foundation and our affiliate Fountain County Landmarks to chart a plan for Cottrell Village’s future.

After graduating from Attica High School in 1956, Cottrell moved to Los Angeles, where he gained national acclaim as an interior decorator, ranked by Architectural Digest as one of the country’s top designers. In 1987, he began renovating the church he attended in his youth, returning the exterior of the c.1850 Attica Presbyterian Church to its original appearance—even using a historic photo to guide recreation of the long-lost steeple—while designing a simple but graceful period-appropriate interior. 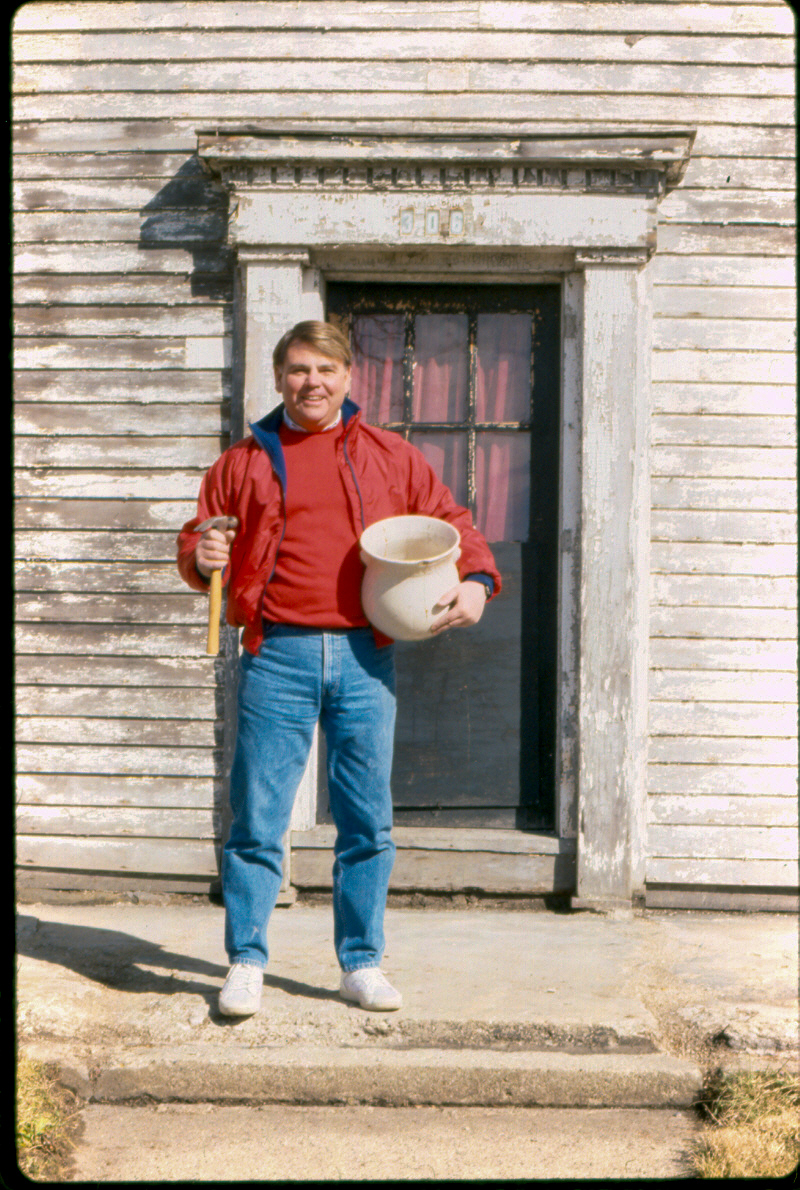 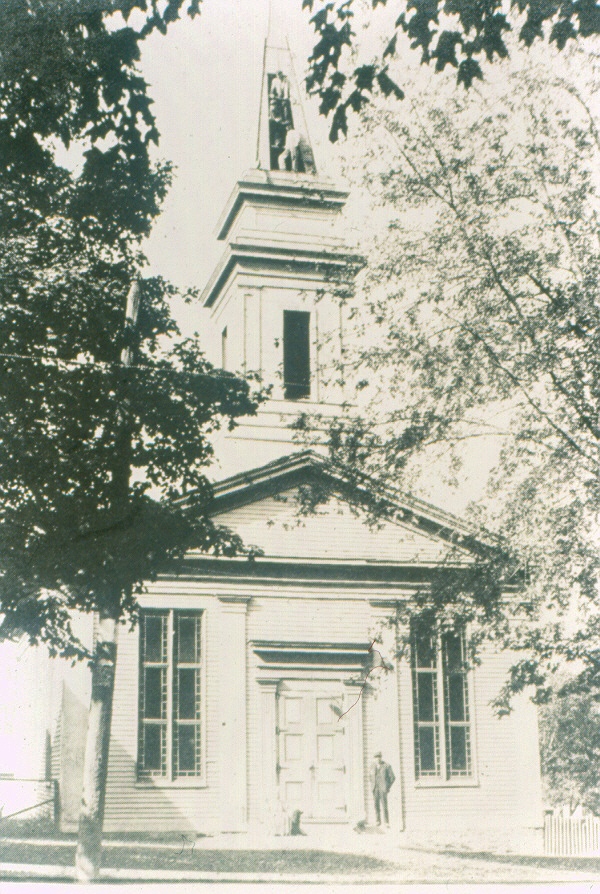 He went on to acquire the neighboring 1850s house built for merchant Norman Brown and his wife Maria, and the c.1855 Cape Cod-plan house they built as a wedding gift for their son William and daughter-in-law Emeline, which had been moved to the site decades earlier. After working with local contractors to repair damage and remove later additions to return the houses to their original footprint, Cottrell furnished the properties with Americana furniture and other mid-nineteenth-century décor. He completed the village with the addition of a modern but historically appropriate privy, smokehouse, and stable barn.

“With the restoration of each structure and subsequent maintenance over the decades since, John invested hundreds of thousands of dollars toward preserving this landmark property as a gift to the community,” says Tommy Kleckner, director of Indiana Landmarks’ Western Regional Office. “This donation will allow us to protect and preserve both John’s legacy and a symbol of his long-standing devotion to Attica and Indiana.”

In a 1990 interview for Indiana Landmarks’ member magazine about his restoration of the “Old Church,” Cottrell said, “The church is as pretty as anything in Williamsburg, and it gives me great pleasure to see it revived. My dream is to see the whole town totally restored.” 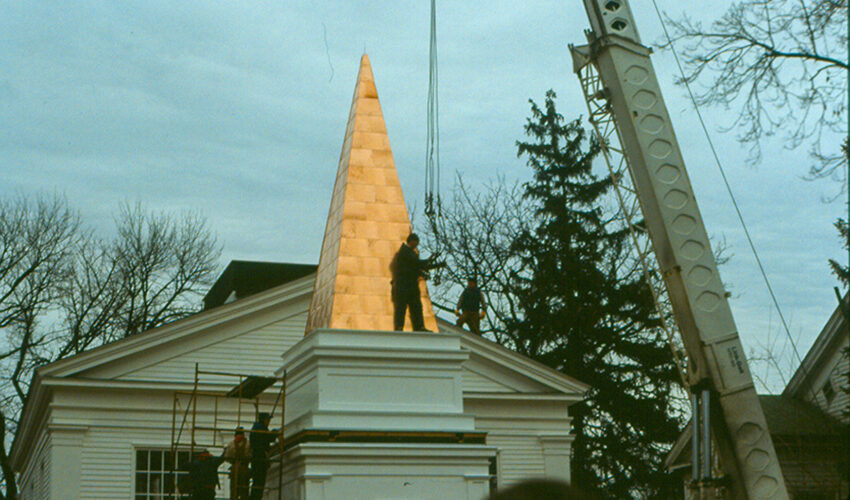 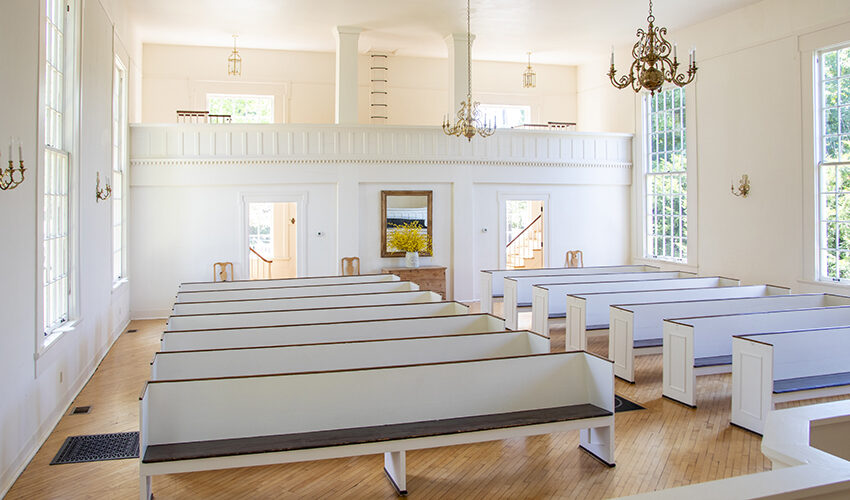 Cottrell used a historic photo to guide recreation of the steeple on the c.1850 Attica Presbyterian Church and furnished the historic houses with Americana furniture and other period décor. Indiana Landmarks is working with Fountain County Landmarks to prioritize repairs at the properties. Photo: Evan Hale 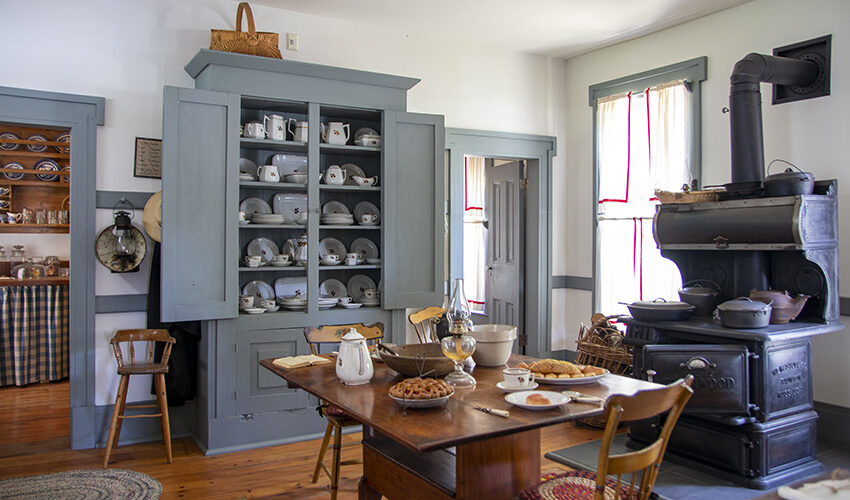 Cottrell furnished the historic houses with Americana furniture and other period décor. Indiana Landmarks is working with Fountain County Landmarks to prioritize repairs at the properties. Photo: Evan Hale
Previous Next

His enthusiasm for Attica’s heritage proved contagious. The village’s rehabilitation spurred the formation of local preservation group Fountain County Landmarks—then called Historic Landmarks of Fountain County—which worked with Cottrell to manage the properties while he split his time between Indiana and California. The group’s efforts to promote and oversee the village swelled into a mission to protect all of Attica’s and Fountain County’s significant places, work that merited a Servaas Memorial Award from Indiana Landmarks in 1990. Cottrell lent his expertise to the local group and as a member of Indiana Landmarks’ board of directors.

Earlier this year, Indiana Landmarks began working with Fountain County Landmarks to prioritize repairs at the properties. We’ll continue to collaborate with the local group on plans for the site’s future to ensure Cottrell Village remains a community treasure.

“People knew he kept these homes maintained and pristine for over thirty years while not even living here,” says Dennis Kovar, a renowned local floral designer who Cottrell recruited to help tend Cottrell Village’s gardens. “He left a great gift for the community and spearheaded a preservation movement.”

Indiana Landmarks and Fountain County Landmarks members will have an opportunity to see Cottrell Village at a holiday open house on December 2, 2022, 5-7 p.m. The event is free to members with RSVP. Watch for more details in the November/December issue of Indiana Preservation.