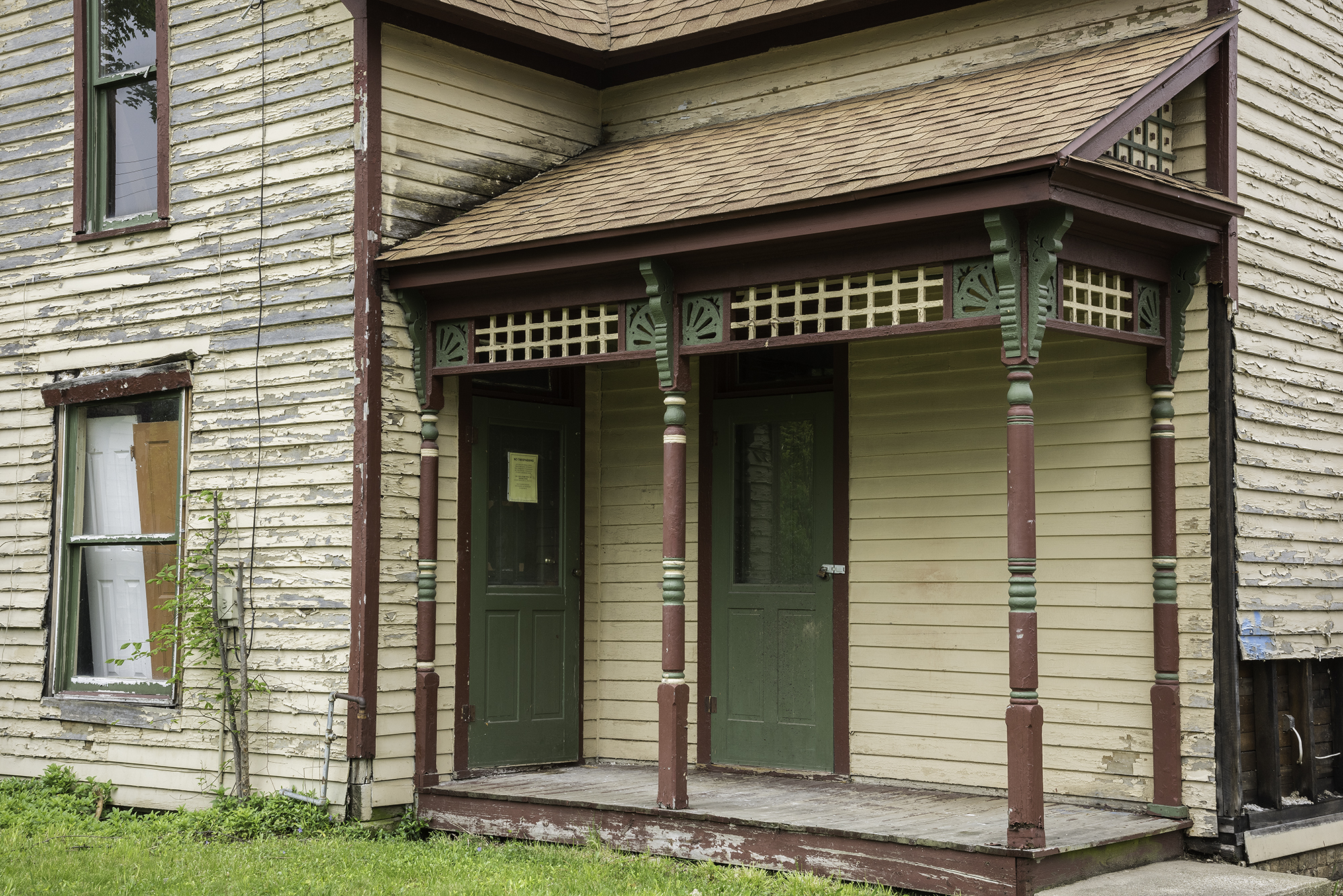 The concept of “porch” has been around since ancient times. Early Greek & Roman porches (or porticos as they were called then) were featured on buildings used for commerce and worship. In the early 19th century, porches started appearing on homes in the United States.

In the early American era, the modest porches on Federal-style homes were commonly referred to as stoops. When the Industrial Revolution collided with Victorian taste for ostentatious public displays of wealth, we got the elaborate Queen Anne porches of the late 1800s.

By the late 1920s, bungalows usually came equipped with open-air porches across the front. In the Great Depression years, porches disappeared, victim of the need to save money. The post-WWII years brought another reason to eliminate porches — the advent of air conditioning and mid-century ranch houses that favored rear patios.

A porch is usually made up of a raised floor, a roof supported by posts or columns, steps and a low balustrade. As porches can be affected by weather from all sides, cyclical maintenance is especially important. Keep paint touched up especially on floor and steps. Check for decay on the balustrade and repair to keep the space safe. Keep a look out for carpenter bees and ants.

Porches usually depend for support on masonry piers. In very old houses, porch piers lacked proper foundations, with bricks laid directly on tamped soil. Over time, unstable soil can result in settling that makes the porch unstable, even crooked. While not an impossible repair for a DIYer, this task may be best left to a skilled brick mason who can create a new foundation, excavated at least to the frost line. In St. Joseph County, that means three feet deep. A new pier built in this manner will last for generations.

Being exposed to the weather means vintage porches may suffer wood rot, especially on steps, the bottom of wood columns and posts, and the edges of wood flooring. Each of these areas is susceptible to damp conditions, and each has a unique remedy. For instance, exposure of weather and constant wear and tear means wood entry steps may not be the original ones. Instead of trying to restore a feature that is not original, the best approach might be to build something new using treated tongue and groove milled boards coated in oil-based deck paint. 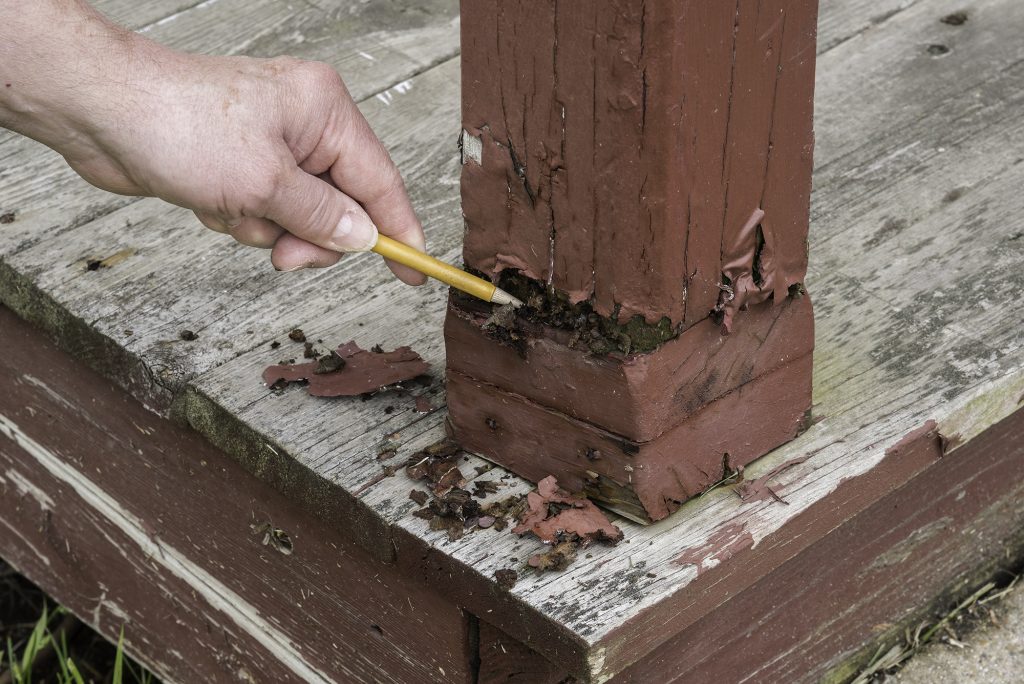 Wooden porch posts or columns can also experience rot, but it is usually limited to the end grain at the bottom of the post where it meets the deck. This problem can sometimes be remedied by using epoxy resin to treat the rot and epoxy compound to fill in missing areas of wood. Abatron sells epoxy products formulated for the restoration of exterior wood.

Small areas of rot at the ends of the floor boards can also be treated with epoxy products. For extensive rot, or if you a recreating a missing porch from scratch, some lumberyards can special order traditional 1X4 tongue-and-groove pressure-treated pine flooring.

Before installing treated flooring, allow the boards to air dry for at least a week as this type of lumber absorb dampness. If possible, loosely spread the new flooring on the porch joists so that air can freely circulate around all sides of the wood. Once the wood has been thoroughly air dried, apply a thin coat of oil based primer to all four sides of each board. Affix the flooring to the joist using an 8d spiral galvanized nail for maximum holding power. Coat the new floor with two thin layers of oil-based deck paint.

If your house has lost its original front porch, make certain a recreated porch compliments the style of your vintage home. Refer to a style guides such as A Field Guide to American Houses by Virginia McAlester. Indiana Landmarks maintains a reference library of resources and staff who can assist. Your home can also provide clues such as “ghost” lines on the exterior walls of the house. Take a walk around your neighborhood to note which houses look most like your own. If you find a similar style of house with an original porch, take pictures, including details (with permission of the homeowner, of course).