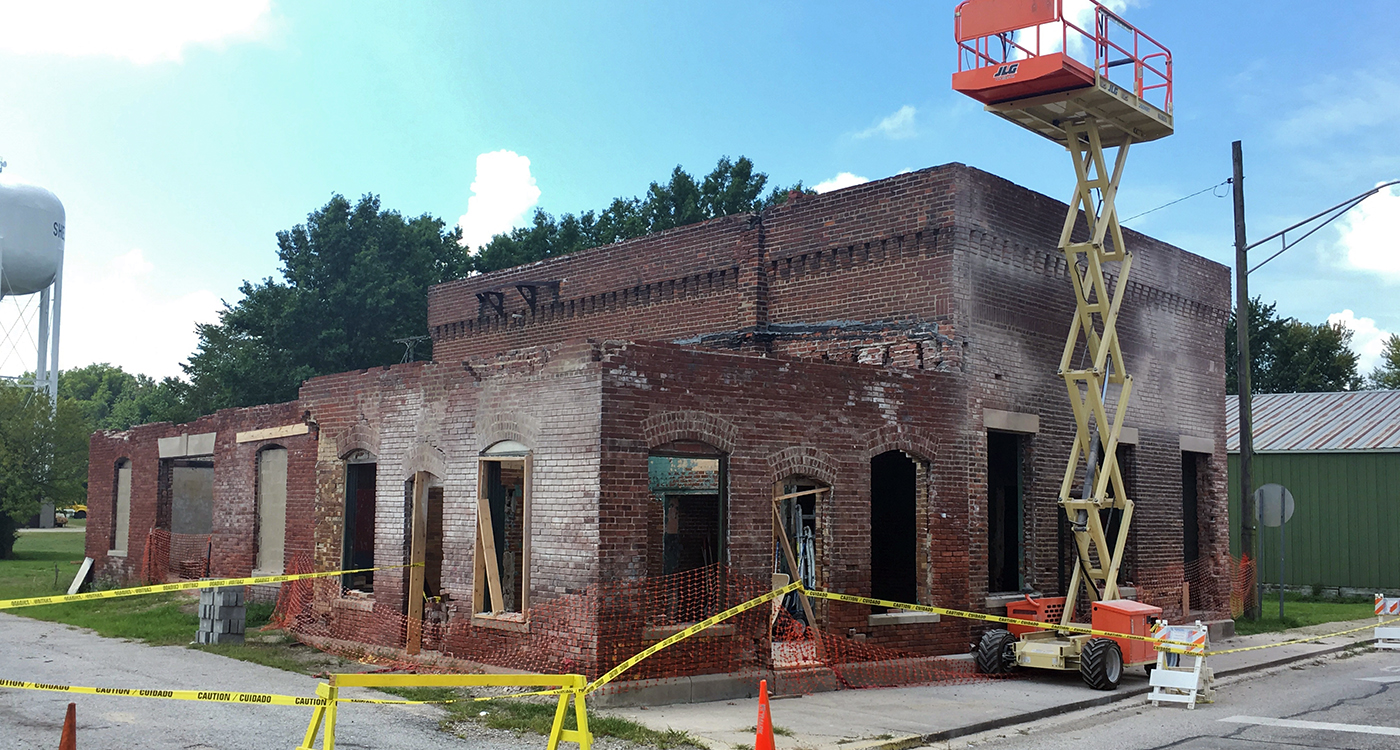 On the Right Track

In preservation, the old adage holds true: things often look darkest before the dawn. With no doors or windows, missing bricks, and no roof, the Shelburn Interurban Depot/Substation looks like a demolition-in-progress. But the missing features actually signal the beginning stages of work to preserve and reuse the historic building.

In the 1920s, Indiana boasted the most comprehensive statewide interurban system in the United States. Networks of electric light rail tracks connected cities and towns previously reachable only by horse-drawn carriages and wagons. The interurban system thrived until growing competition from automobiles and trucks led to its demise.

Stops along the interurban lines ranged from waiting areas in commercial buildings and simple shelters where passengers could buy tickets and wait for the next trolley, to substantial brick or stone depots – stations that became emblems of civic pride.

The Shelburn Depot is the only surviving station along the Terre Haute-Sullivan line, an arm of the Terre Haute, Indianapolis and Eastern Traction Company’s interurban network.

The combination depot and substation is a unique landmark constructed in two phases: the c.1911 east wing contained passenger and freight rooms, while the c.1916 west wing housed a substation for the electrical system that powered the interurban cars.

In 2011, Indiana Landmarks awarded a grant from our Efroymson Family Endangered Places Grant Fund to the Town of Shelburn to help pay for a rehabilitation feasibility study for the depot/substation. Using a planning grant from Indiana’s Office of Community and Rural Affairs (OCRA), the town developed a rehabilitation plan targeting the station for retail or commercial use. Keymark Company of Terre Haute is overseeing the rehabilitation project.

The depot earned listing in the National Register of Historic Places in December 2015.

Town officials hope the landmark location will attract a business that will become a destination for area residents and visitors – a restaurant or microbrewery, for example – and spur additional investment in the small community’s downtown.

For more information about Indiana Landmarks grant and loan program and the Shelburn Depot project, contact Tommy Kleckner, director of our Western Regional Office in Terre Haute, 812-232-4534 or tkleckner@indianalandmarks.org.