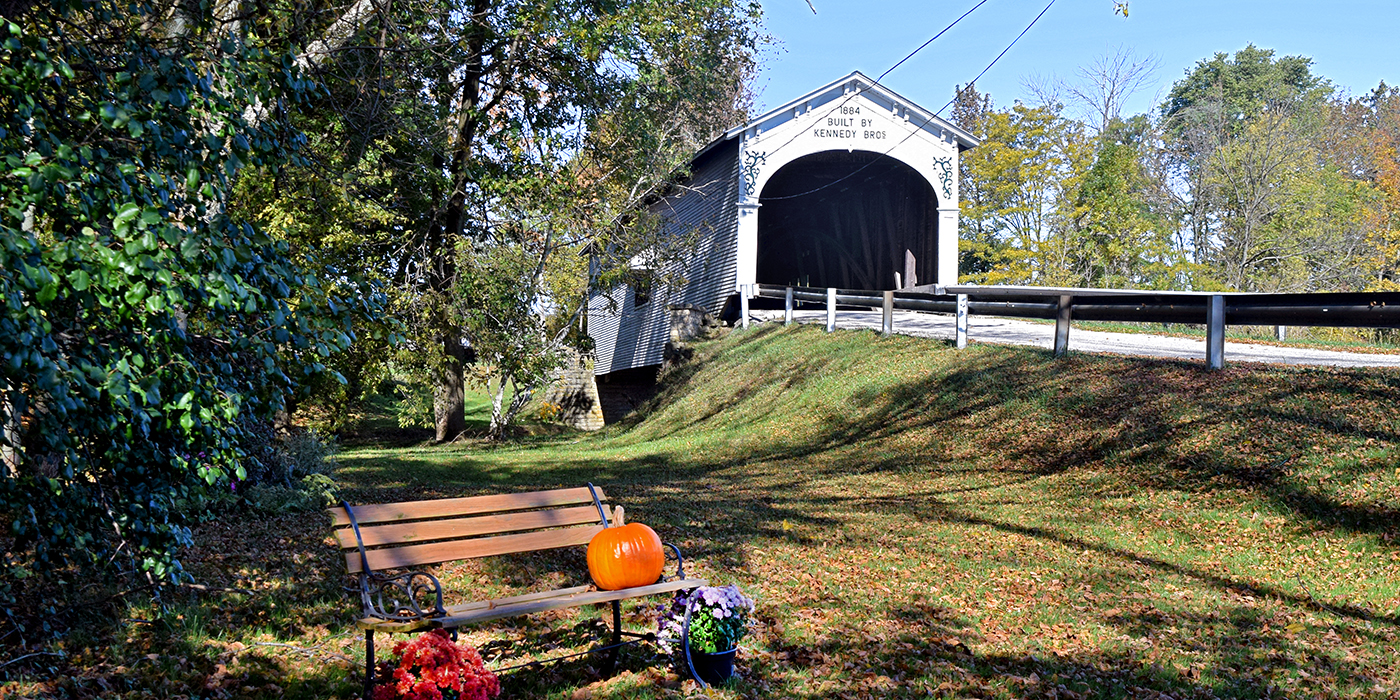 Here at Indiana Landmarks, we know we couldn’t revitalize communities and save historic places without the grassroots support generated by local preservation groups. These are the people who roll up their sleeves, pound nails, haul trash, host fundraisers, organize tours, wrangle documents, and lobby officials to save and restore local landmarks.

We’d like to celebrate one such organization: Rush County Heritage, Inc. (RCHI), has been at it for 30 years, with an enviable record of saving historic places in communities throughout the county.

The organization formed in 1986 because the county commissioners planned to demolish several nineteenth-century covered bridges. The fledgling group launched a successful campaign to save and restore five covered bridges around the county, which included unseating the pro-demolition commissioners. President Larry Stout and vice president Eleanor Arnold have been at the RCHI helm for 30 years.

In 1990, members of RCHI formed the Booker T. Washington Association to save a historic school named for the African American luminary in Rushville. Vacant for years and in rough shape, the building was restored and reopened as a community center. 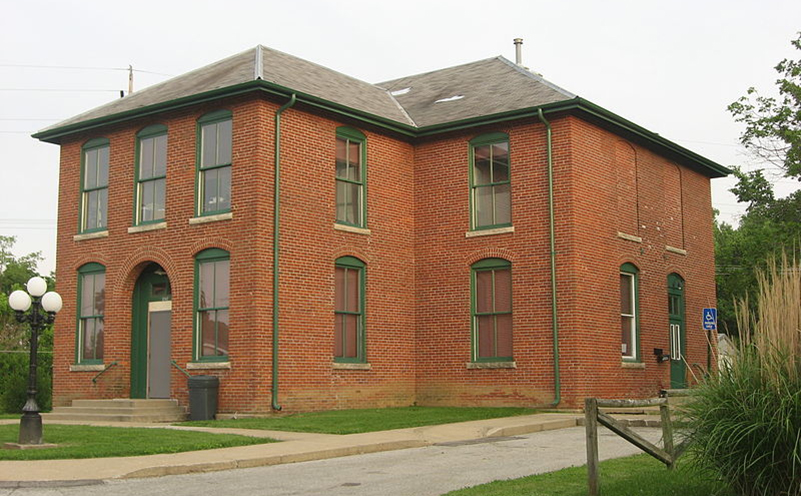 When a tornado destroyed the Moscow Covered Bridge in 2008, RCHI was part of a statewide coalition that rallied to rebuild the bridge. The covered bridge, recreated by a team headed by Parke County bridge builder Dan Collom, incorporates elements salvaged after the storm along with donated timber from Indiana’s Division of Forestry. Indiana Landmarks and RCHI teamed up to provide technical and fundraising support. 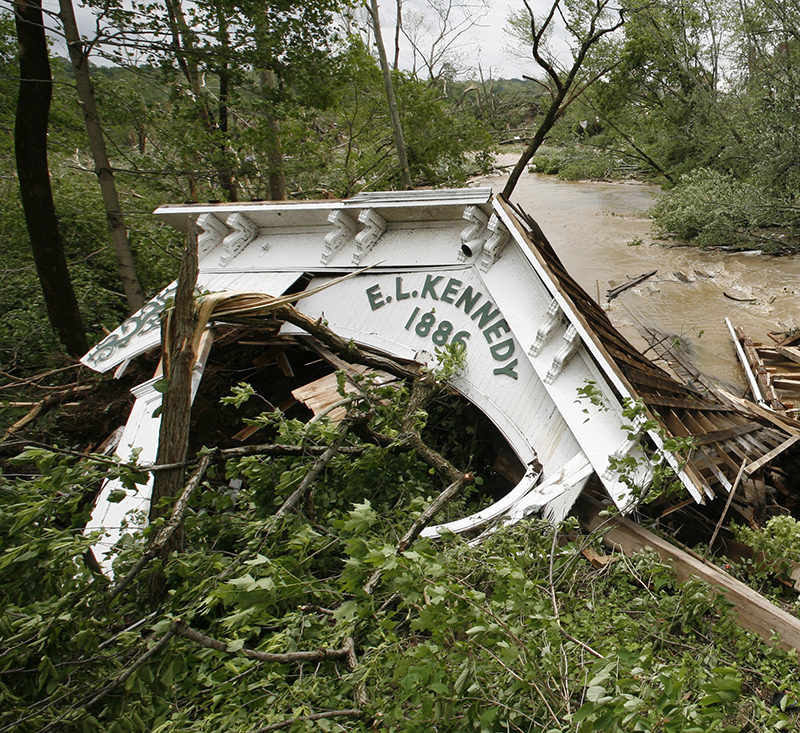 The remains of the Moscow covered bridge after a tornado destroyed the span in 2008. (Photo: Mike Fender) 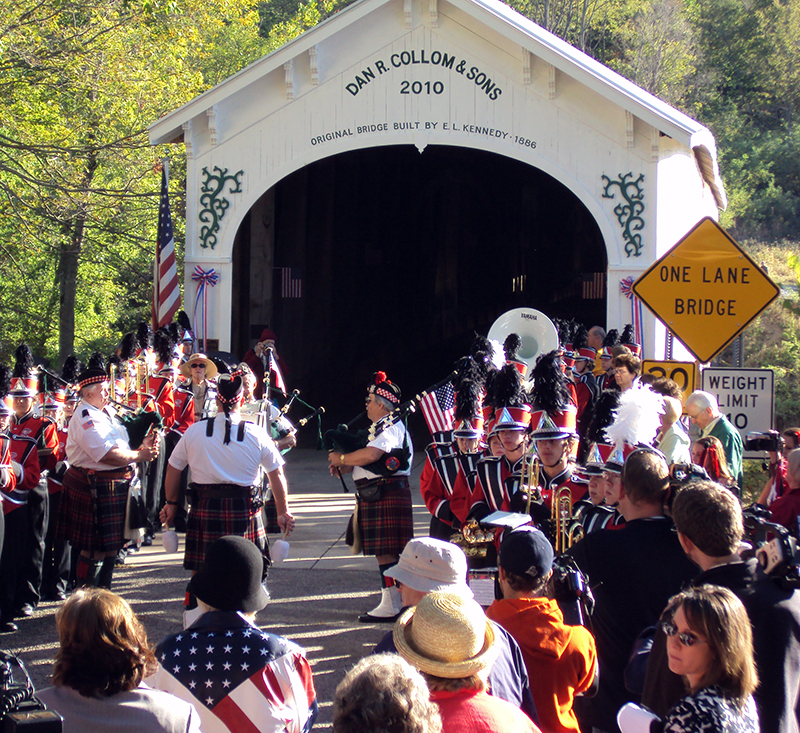 Crowds of supporters, including then-governor Mitch Daniels, gathered to celebrate reopening of the bridge in 2010.

Indiana Landmarks presents the Sandi Servaas Memorial Awards for outstanding achievement in historic preservation by nonprofit or public institutions, and Rush County has claimed the prize three times—RCHI in 1987, Booker T. Washington School Association in 1994, and Larry Stout in 2011, with RCHI playing a significant role in each award..

RCHI remains on the case, working now to save the former Knights of Pythias building and Durbin Hotel in Rushville and partnering with  Indiana Landmarks and the Friends of Beech Church to save the c.1865 frame church near Carthage, the lone remaining building from one of Indiana’s earliest African American farming communities. The landmark’s condition and its lack of preservation strategy earned it a spot on Indiana Landmarks’ 10 Most Endangered list.

Congratulations to Rush County Heritage on an outstanding 30-year record of saving and restoring important landmarks!