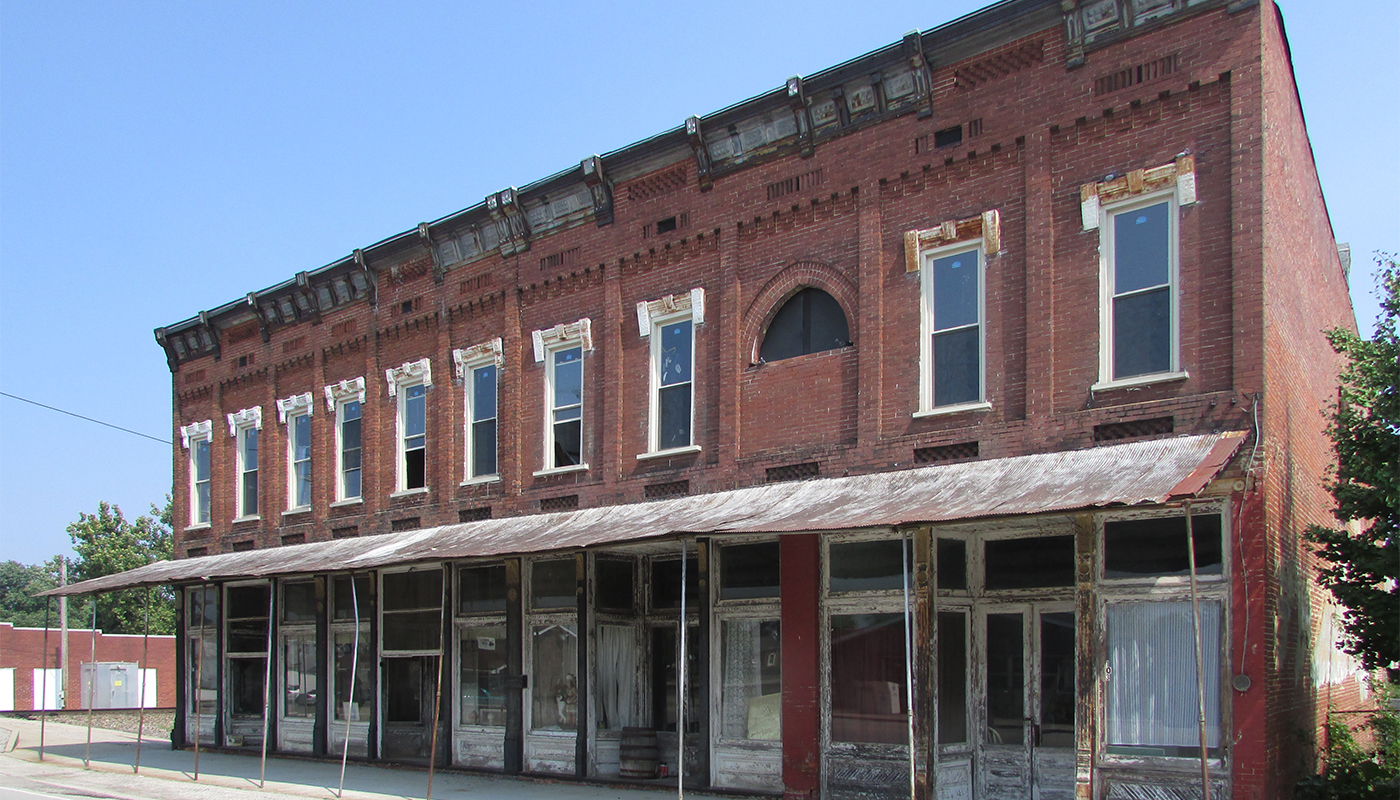 An Anchor in Downtown Birdseye

In 1893, merchant William N. Koerner opened shop in a fine new two-story commercial building in downtown Birdseye. To call the place a general store would understate its importance to the small Dubois County community. Koerner sold just about everything, from dry goods, glassware, groceries and clothing to a line of farming implements.

Even though it has been used for storage in recent years, the building remains an important part of Birdseye’s downtown streetscape. When part of the structure’s back wall collapsed, concerned locals asked for help. Recently, the Save the Koerner Block Committee, a coalition of Birdseye and Dubois County residents, joined with Indiana Landmarks to try to raise $35,000 to stabilize the building and prevent further damage.

Building owners Ronald and Karen Ellis, who want to see the structure preserved, have agreed to donate the building to Indiana Landmarks. In turn, we hope to sell the building for $1 to someone willing and able to tackle the rehabilitation. 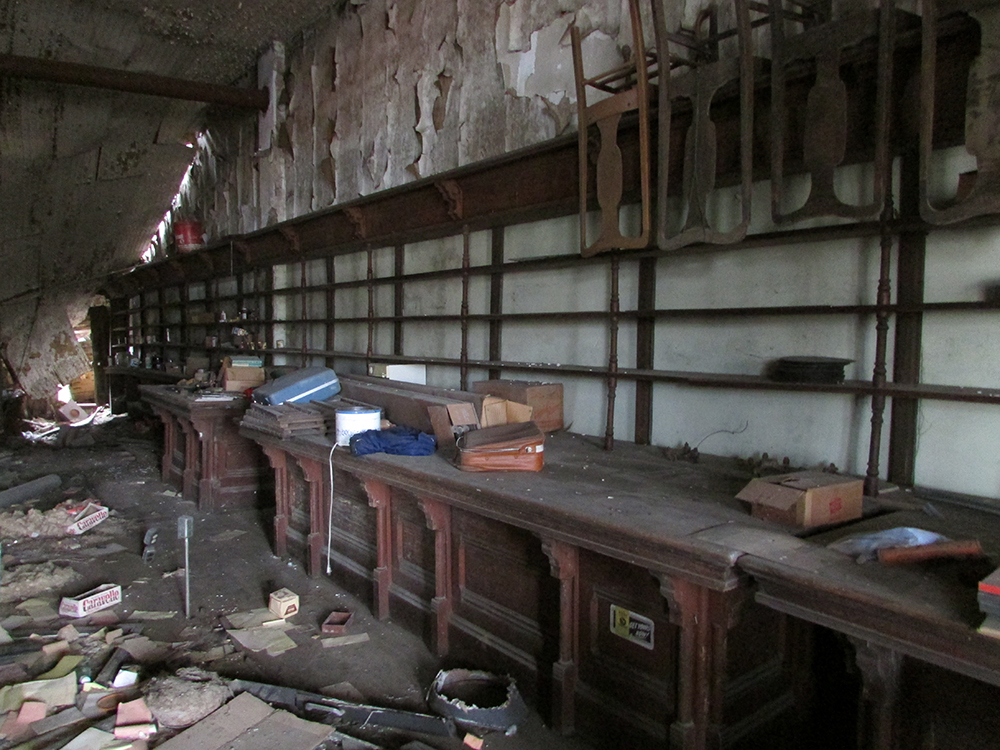 The interior of the Koerner Block retains plenty of original detail, including original cabinets and shelving.

Volunteers have already conducted several cleanup days at the building and plan to schedule a “brick brigade” to sort and stack bricks and other debris from the collapsed section. The Save the Koerner Block Committee welcomes people to attend its next meeting, 6 p.m. on February 28, at the Birdseye Town Hall, 103 State Road 64. Or you can follow the group’s progress on Facebook.

If you have questions about the building and the stabilization, contact Greg Sekula, 812-284-4534, gsekula@indianalandmarks.org. To make a contribution to the project, visit the Donate page and write “Koerner Block” in the comments field, or mail a check to Indiana Landmarks, 1201 Central Ave., Indianapolis, IN 46202, noting Koerner Block in the memo line.