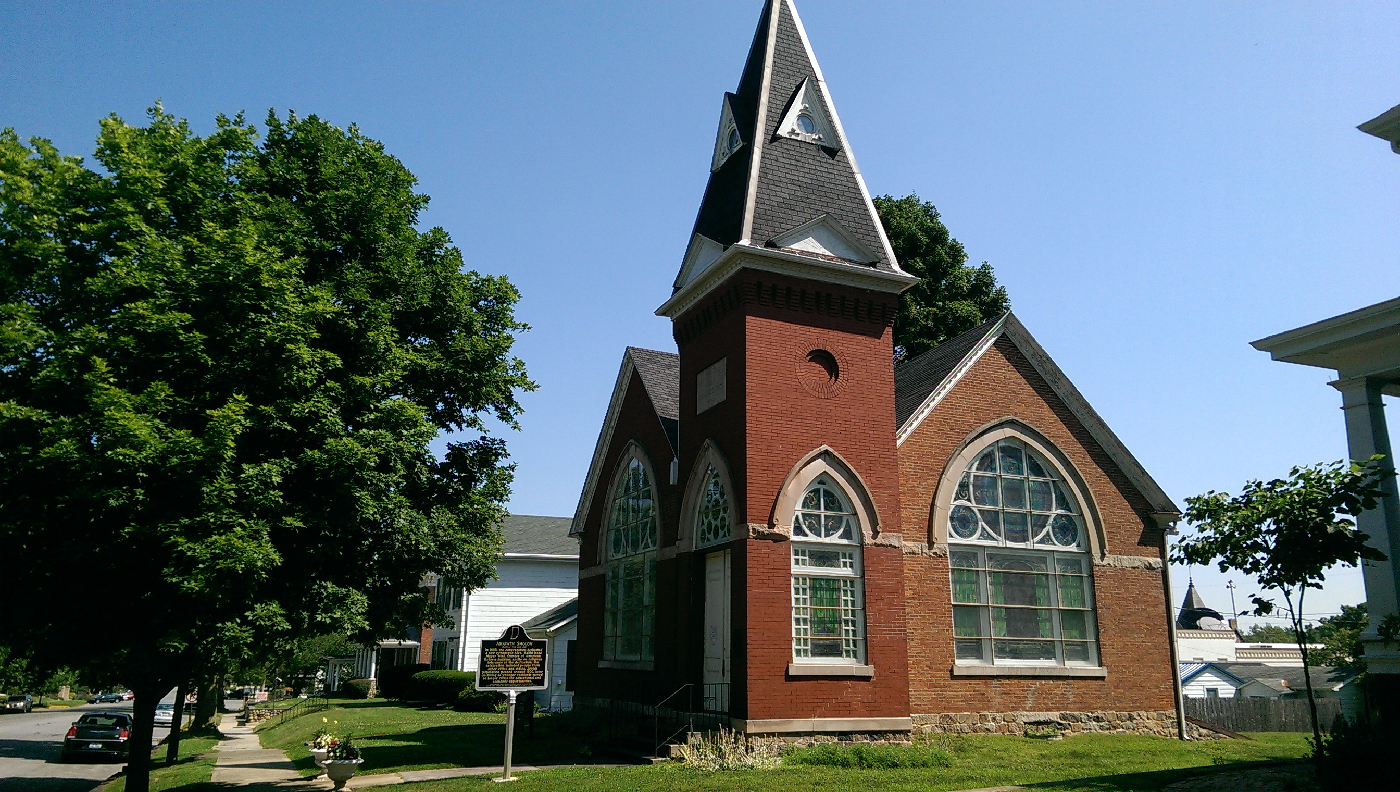 It’s hard to miss the Ahavas Shalom Reform Temple as you travel Main Street in Ligonier — the stately brick temple’s spire towers above neighboring large homes built by the town’s early business and civic leaders. The Ligonier Public Library owns the building which has served as the local historical society’s museum for more than 30 years. Now it could be yours.

Harry Matson, a Ft. Wayne architect, designed the temple. Matson created a name for himself by designing opera houses in Garrett, Kendallville, Lagrange, Frankfort, and Muncie. He also designed one-room schools in Allen County. The temple in Ligonier is one of only two religious structures attributed to Matson; the other is a church in Spencerville. Both buildings have the same basic layout — a roughly square sanctuary with a broached spire on a front corner.

At one time Ligonier boasted one of the largest Jewish populations in the state, drawing German settlers from Pennsylvania and Ohio. By the late 1880s, about half of the business owners and a large part of the population was Jewish.

Jews from Ligonier regularly traveled several miles to Auburn to worship at the nearest synagogue until the Ahavas Shalom congregation organized in 1858. The congregation made its first permanent home in a wood frame building in 1867, before they built the temple in 1889.

The Jewish population of Ligonier began to decline in the mid-twentieth century and sold the synagogue to a Methodist congregation 1954. A number of other protestant churches occupied the building until the library received it as a donation in 1985.

Following a major expansion and renovation of its main facility, the public library is selling the temple/museum. The building’s comparatively small size – just 1,500 square feet — makes it ideal for reuse as a residence, office, or perhaps a unique bed and breakfast.

The building’s listing in the National Register of Historic Places makes approved renovations eligible for Federal Rehabilitation Tax Credits or Indiana’s historic renovation grant program. A preservation easement held by Indiana Landmarks requires our approval for any exterior changes. No review is required for the interior, although we’re pleased to provide guidance.

Indiana Landmarks awarded an Efroymson Family Endangered Places Grant in 2013 to the historical society, which at the time was considering options for its collection, for a building assessment. The study –available to potential buyers — includes recommendations for repairs and estimates for the work.

For additional photos and information check out the for sale listing, or contact Todd Zeiger, Director, Northern Regional Office, 574-232-4534 or tzeiger@indianalandamrks.org.