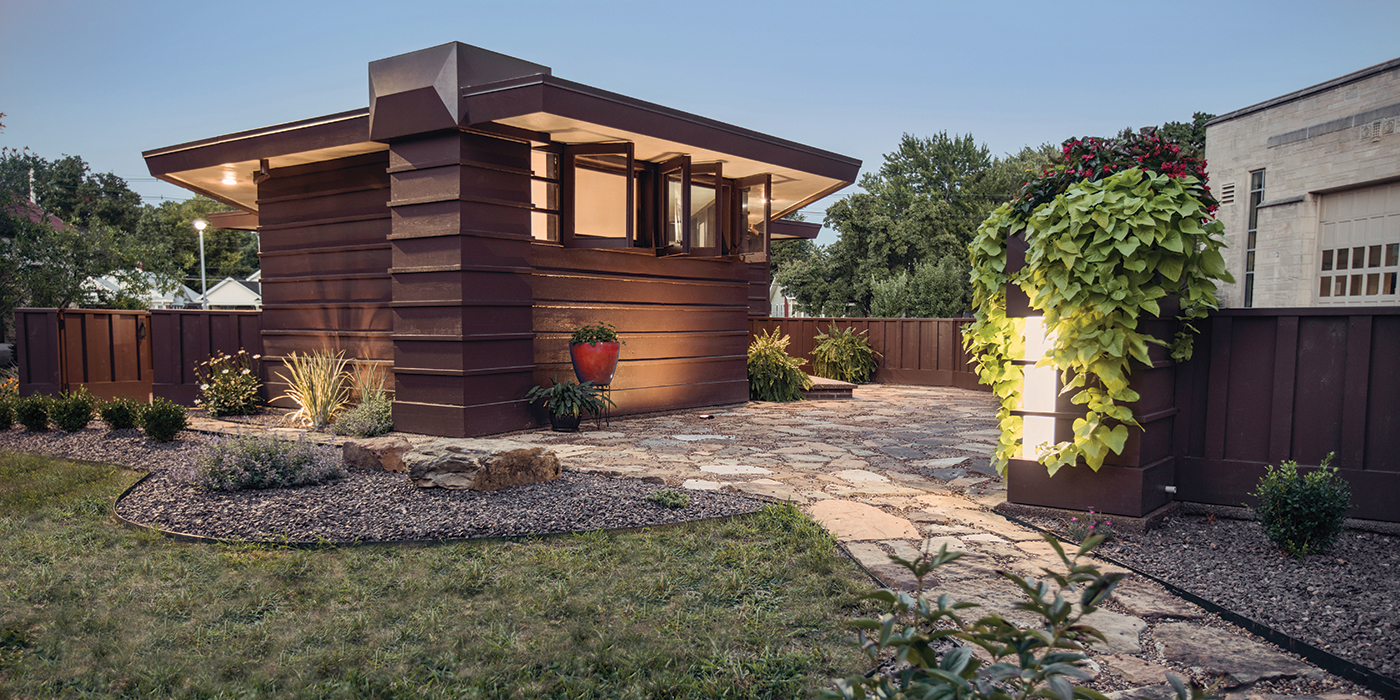 The 2016 relocation of the Peters-Margedant House in Evansville sparked renewed interest in its designer, Indiana-born architect William Wesley Peters. Long known as Frank Lloyd Wright’s right-hand man, Peters often gained more attention for his brief marriage to Josef Stalin’s daughter than he did for his contributions to architecture and engineering. A new exhibit at the Evansville Museum of Arts, History & Science aims to change that by spotlighting Peters’ extraordinary career and his impact on Evansville and the world.

Born in Terre Haute in 1912, Wes Peters moved to Evansville that same year as his father became the founding editor of the Evansville Press. There, Peters received diplomas from Bosse High School and the Evansville College (now the University of Evansville) before heading to the Massachusetts Institute of Technology. In 1932, Peters left MIT to become the first member of Frank Lloyd Wright’s Taliesin Fellowship, an immersive, residential apprenticeship program designed to shape young architects (and to provide a little income for Wright and his third wife Olgivanna).

In mid-1933, Peters returned to Evansville after falling out with Wright over his romance with Wright’s teenage stepdaughter Svetlana, whom her parents declared too young for marriage. Peters stayed in Evansville until 1935, when finally—with Wright’s blessing—the couple married and returned to Taliesin in Wisconsin.

During his brief Evansville hiatus, Peters designed the Peters-Margedant House, a 552-square-foot house that would greatly influence Frank Lloyd Wright’s Usonian style, conceived as an affordable option for the middle class. 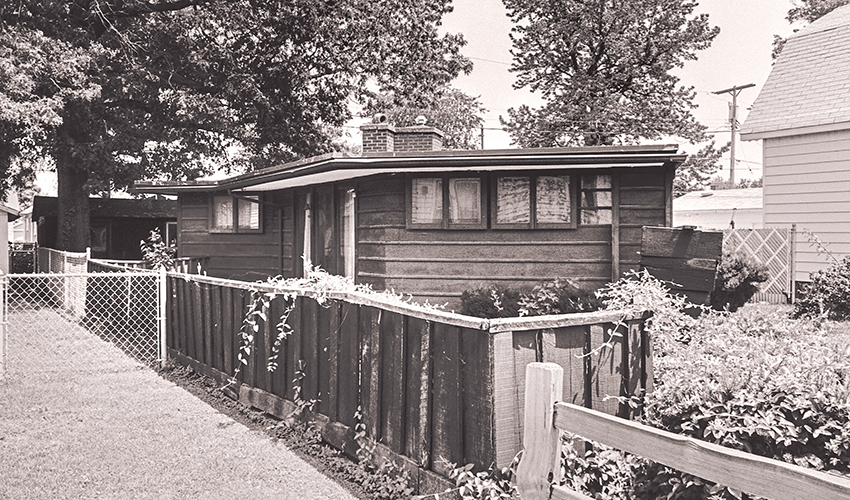 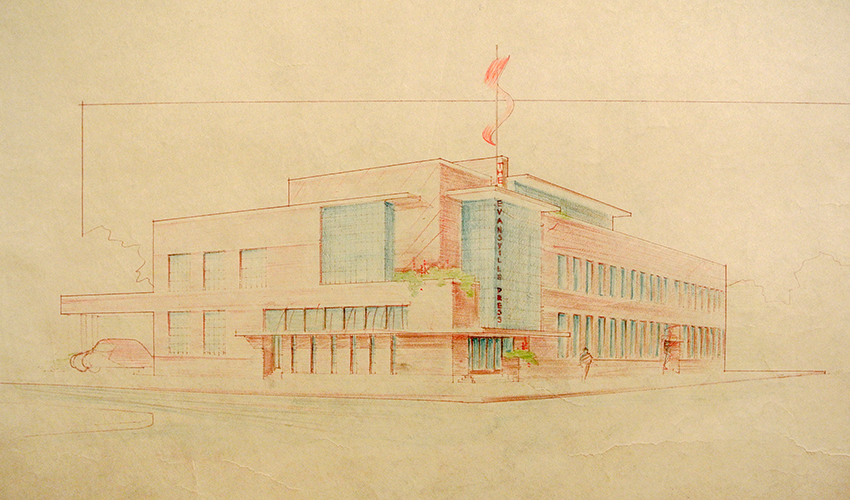 In danger of being removed from the city, the tiny house landed on Indiana Landmarks’ 10 Most Endangered list in 2014. With support from the city and the Vanderburgh County Community Foundation, Indiana Landmarks purchased and moved the house to the University of Evansville’s campus, where today students and the community use the house to learn firsthand about Peters’ design legacy.

William Wesley Peters: Evansville’s Connection to the World of Frank Lloyd Wright runs from August 11 through January 19, 2020 at the Evansville Museum of Arts, History & Science. The exhibit explores Peters’ role in engineering Wright’s designs, including the Johnson Wax Building and Fallingwater. It incorporates drawings, models, photographs, and a studio vignette that that includes a drafting table and one of Peters’ famous dapper sport coats. 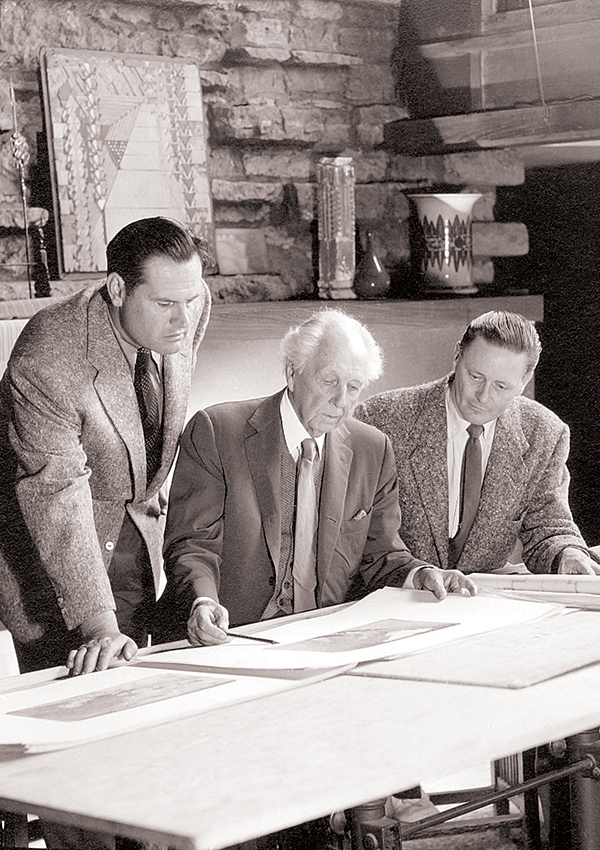 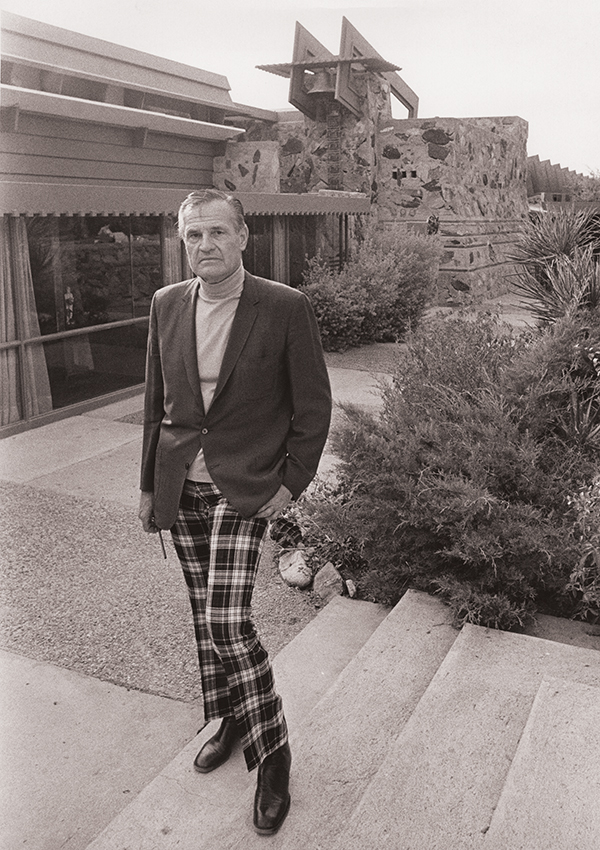 In partnership with Indiana Humanities, Indiana Landmarks is sponsoring the exhibit through a Historic Preservation Education Grant. If you have an idea for a program, project, or exhibit highlighting the importance of historic preservation, please consider applying for a grant by August 31.