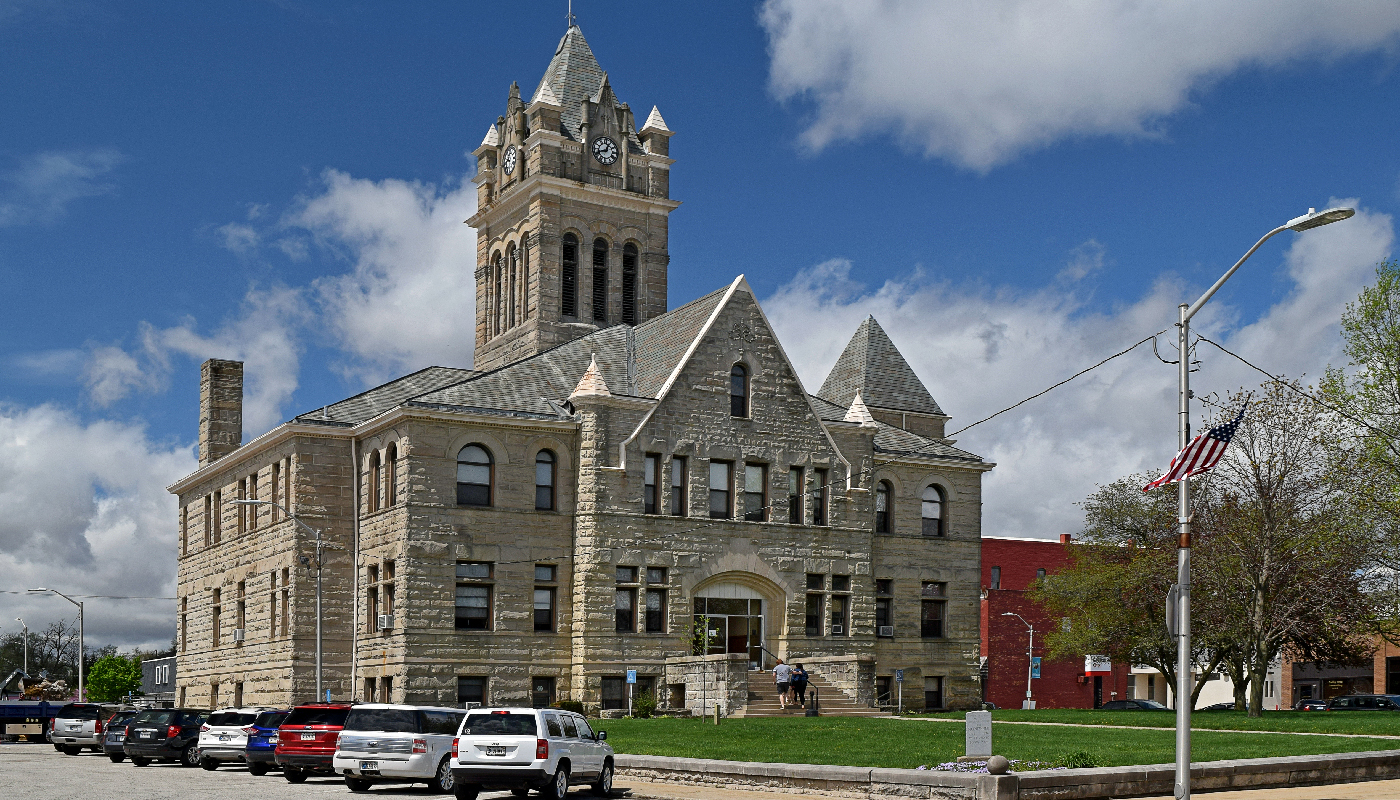 One Step Closer to a Save

Pulaski County residents and preservation advocates received a welcome Christmas gift last month, when Pulaski County Commissioners voted unanimously to rehabilitate the county’s historic courthouse. The endorsement marks a reversal of a 2018 decision to demolish the courthouse – an action that landed the building on Indiana Landmarks’ 10 Most Endangered List.

The vote followed a presentation by Indianapolis-based Rowland Design, which laid out three options for meeting the county’s needs for security, building maintenance, and accessibility accommodations. The plan adopted is the “middle option,” which relocates remaining court functions from the historic courthouse to a new addition at the Justice Center. The courthouse itself will be fully renovated to address a backlog of long-needed maintenance, repairs, and upgrades. The building will also be made fully accessible.

The 1894 Romanesque Revival courthouse is one of the finest in the state and the county’s most prominent landmark, distinctions that led Indiana Landmarks to take the extraordinary step of retaining Rowland to review the county’s initial plans, which called for demolition of the historic courthouse and moving all court functions the Justice Center. The firm’s comprehensive study demonstrated the plan would actually be far more costly than moving forward with the proposed renovation.

At a public meeting last fall, a standing-room-only crowd gathered to voice support for preserving the courthouse. That public support will continue to be critical as the county council takes up the matter in the coming weeks to decide whether or not to fund the renovation. If funded, preliminary design work could commence later this year.