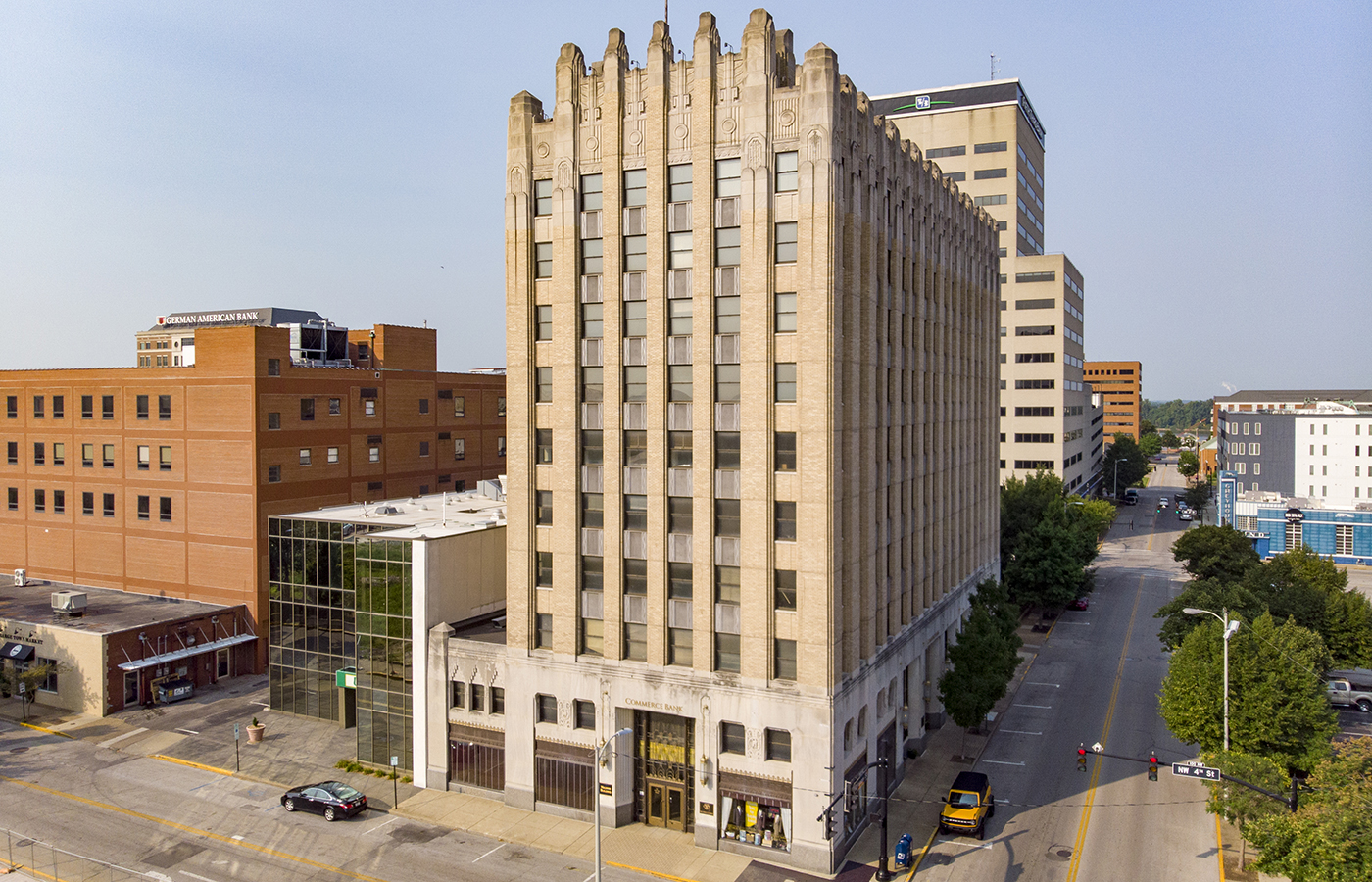 Since its construction in 1929, a 10-story commercial building on Fourth Street has dominated Evansville’s downtown skyline. Commonly known as the Hulman Building after the company that acquired the site in the 1930s, the building exemplifies the Art Deco style as applied to a city skyscraper.

The anchor landmark has been largely vacant and neglected for years, with water leaking in through the roof and windows. In spring 2022, an out-of-state buyer purchased the Hulman Building and neighboring 1927 garage in an online auction, relisting the properties for sale as separate parcels. Splitting up the properties and access to sufficient parking for the Hulman Building makes it less desirable for re-development, further jeopardizing the building’s future. 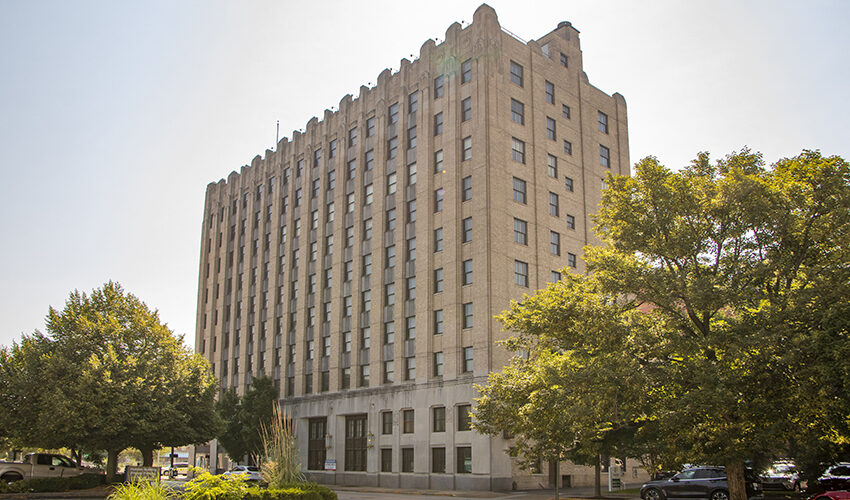 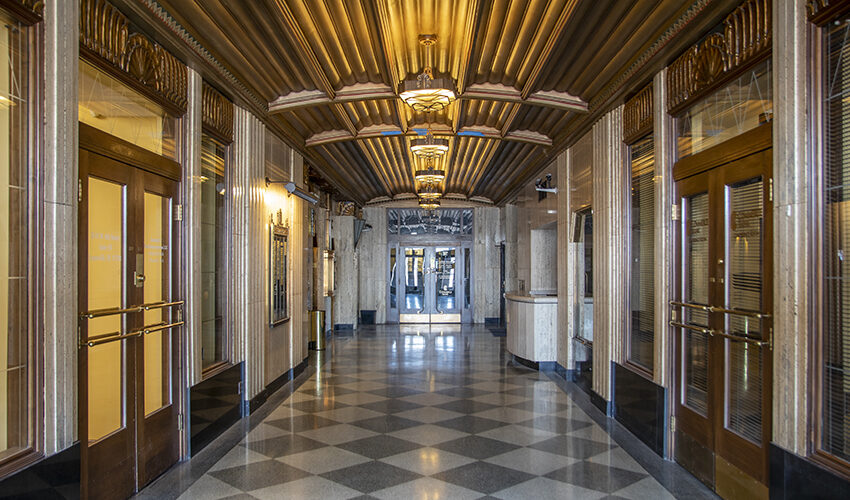 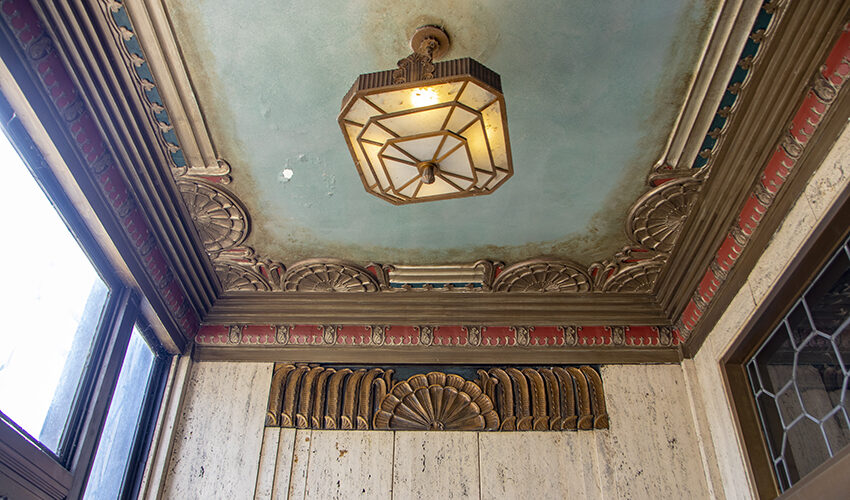 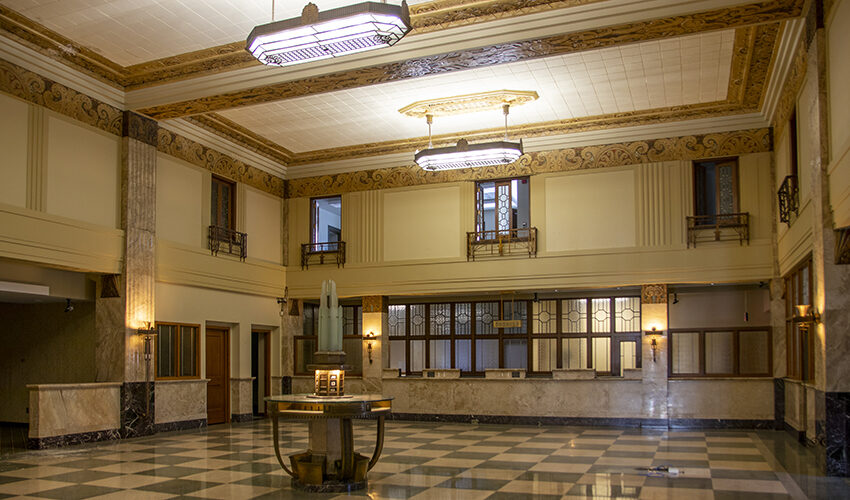 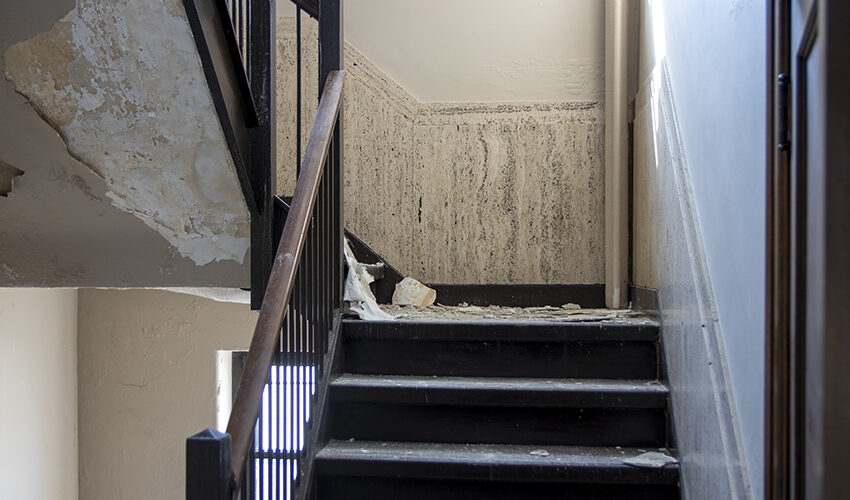 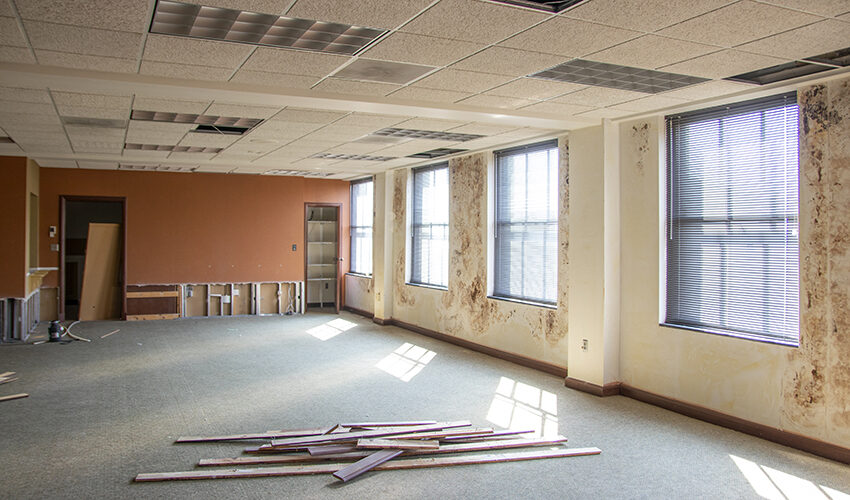 Without a reuse plan for the property, its high-style period lobby is at risk of being stripped and sold. The Hulman Building is an anchor landmark in an area of downtown that has lost several buildings. The Art Deco standout needs a preservation-minded developer with a vision for making its rare architectural features shine once again.