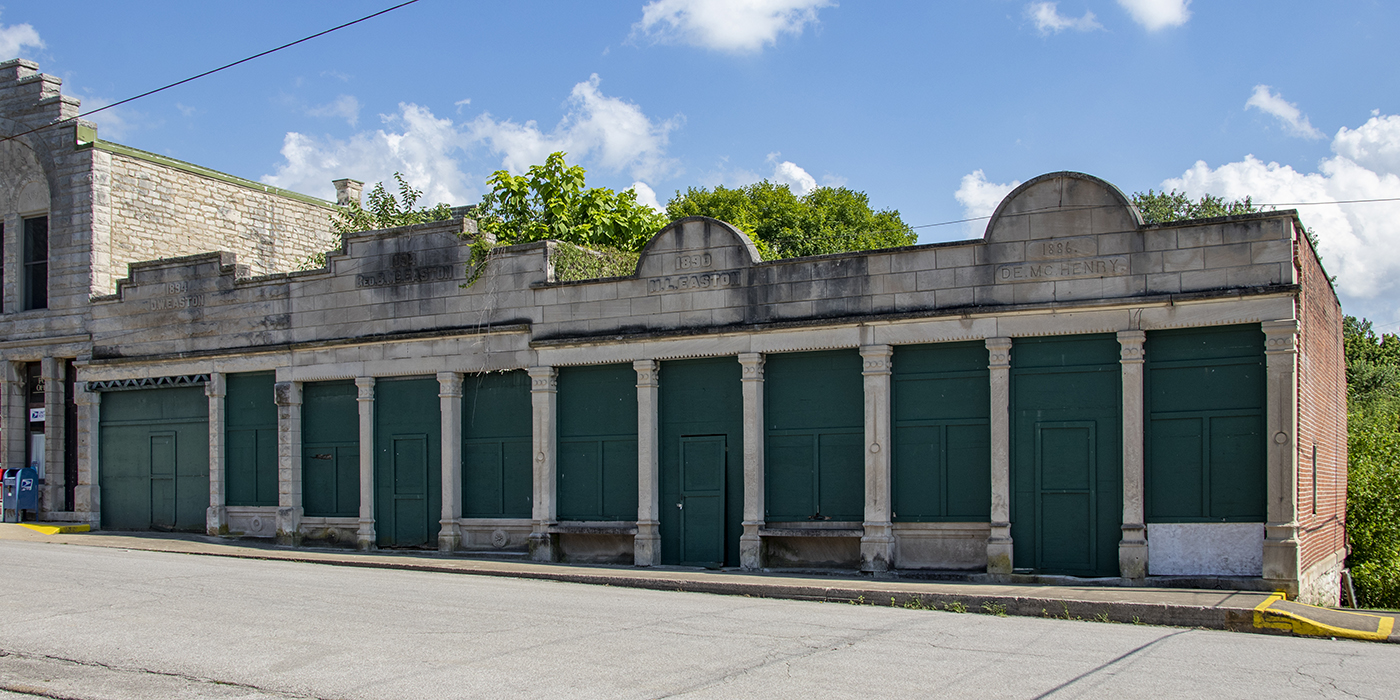 With handsome limestone facades and large storefront windows, four vacant commercial buildings in Stinesville hold potential for any number of creative reuses, but with each passing year, prospects for saving them fade.

It’s easy to see the mark of Stinesville’s limestone history in the five buildings that line Main Street. A small community located 15 miles northwest of Bloomington, Stinesville developed in the 1850s as the limestone industry took hold in southern Indiana. By the 1890s, it was a boom town of nearly 1,000 residents, with stone workers and carvers arriving from all over the world to work in the local quarries.

Constructed between 1884 and 1894, the two-story I.O.O.F. Lodge and four limestone-faced commercial buildings on Main Street are all that remain of Stinesville’s once-bustling downtown. The historic lodge houses the Stinesville Mercantile and local post office, but the other buildings have been vacant for decades. The block first appeared on Indiana Landmarks’ 10 Most Endangered list in the 1990s. 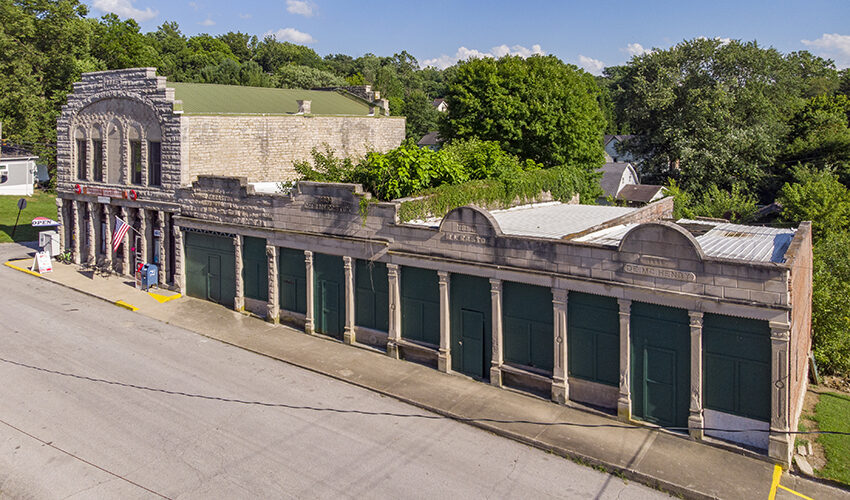 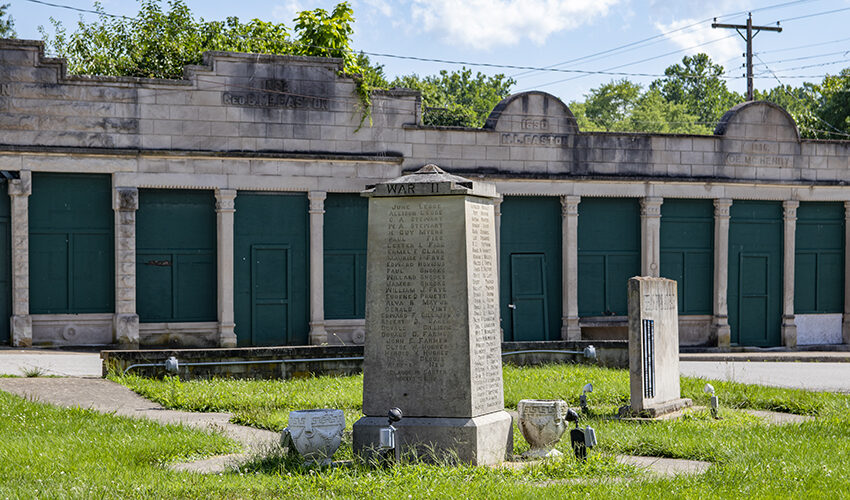 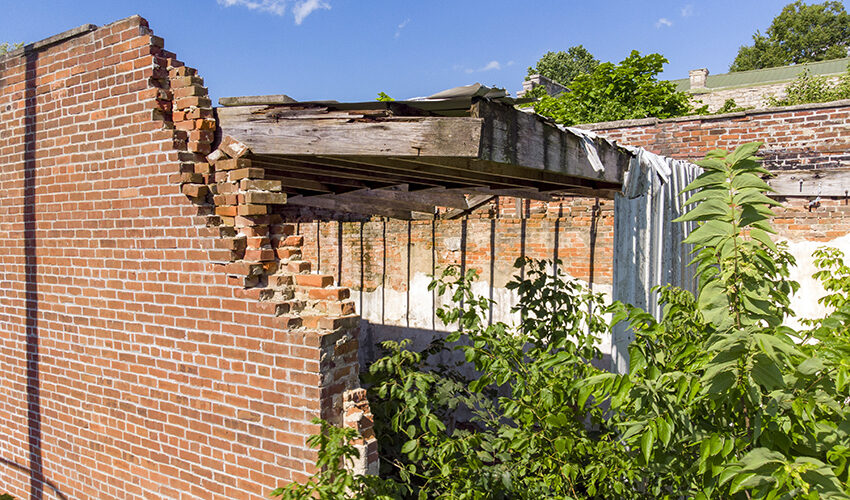 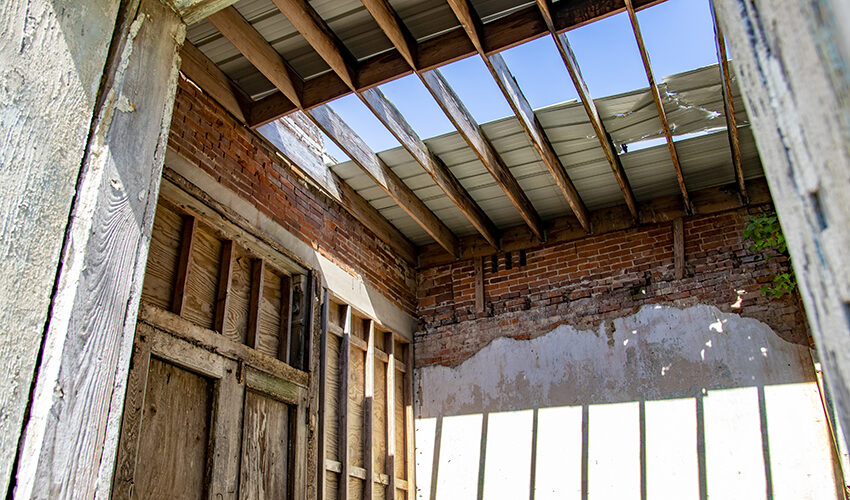 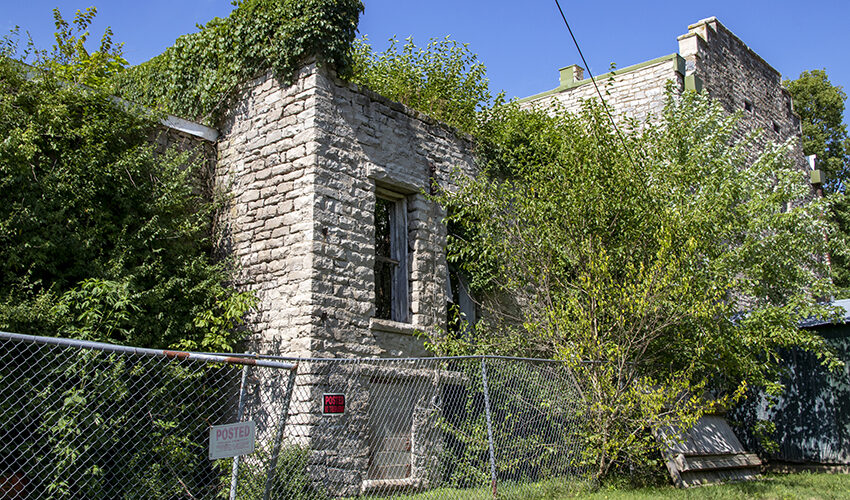 With their handsome limestone facades and large storefront windows, the four commercial buildings don’t look bad from the front, but behind the facades, their serious deterioration becomes obvious. Last year, the City offered the block of four for $1 to anyone who could stabilize and restore them, but got no takers.

The group is listed in the National Register of Historic Places as part of the Stinesville Commercial Historic District, which makes the buildings eligible for rehabilitation tax credits, but with each passing year, prospects for saving them fade.