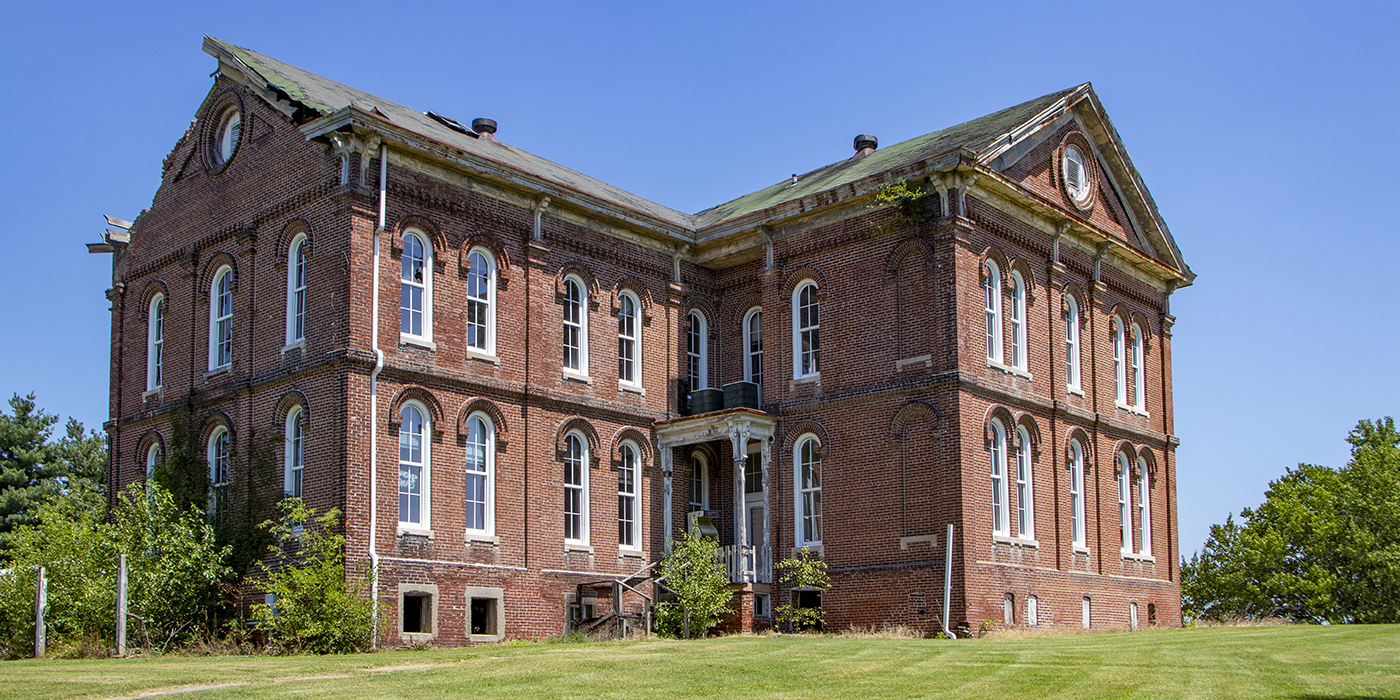 After nearly 20 years of vacancy, Knox County's historic poor farm is in desperate shape. Without repairs, the 1882 building faces demolition by neglect.

In the nineteenth century, Indiana’s plan for caring for the poor and disabled centered on the development of poor farms, where people in need could work in exchange for housing and food. All 92 counties created poor farms between 1831 and 1860, but as federal agencies supplanted them, county homes gradually lost their purpose, leaving county governments and private owners struggling to find new uses for the historic complexes.

By 2014, only 47 remained, prompting Indiana Landmarks to add county homes to our 10 Most Endangered list. We supported a multiple property National Register nomination for all of Indiana’s county homes, paving the way for individual homes to be listed, including the Knox County Poor Asylum in Vincennes. The 1882 building, constructed to replace an earlier predecessor, is now vacant and deteriorating. 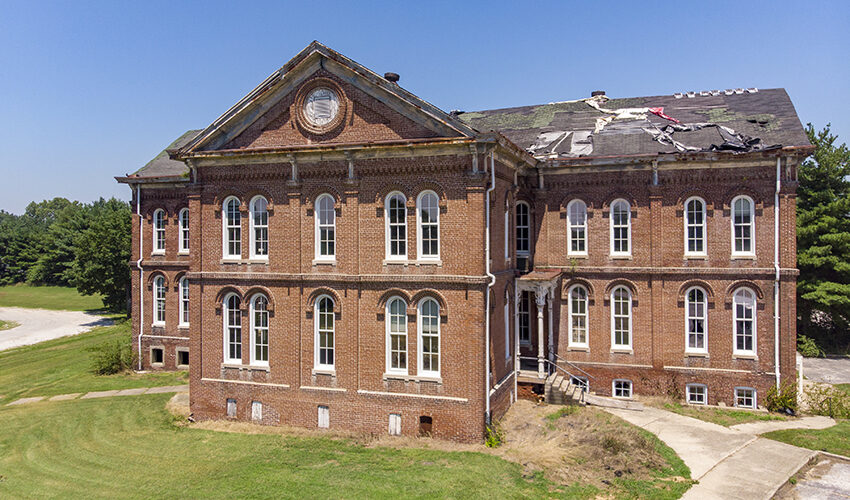 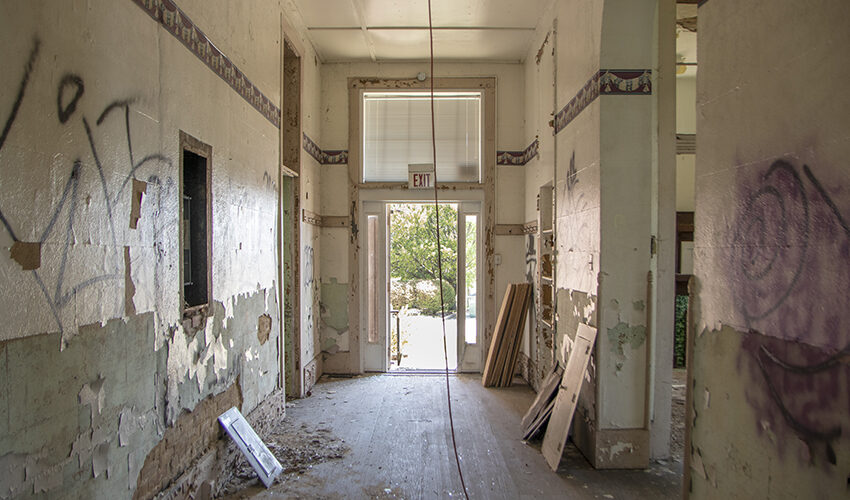 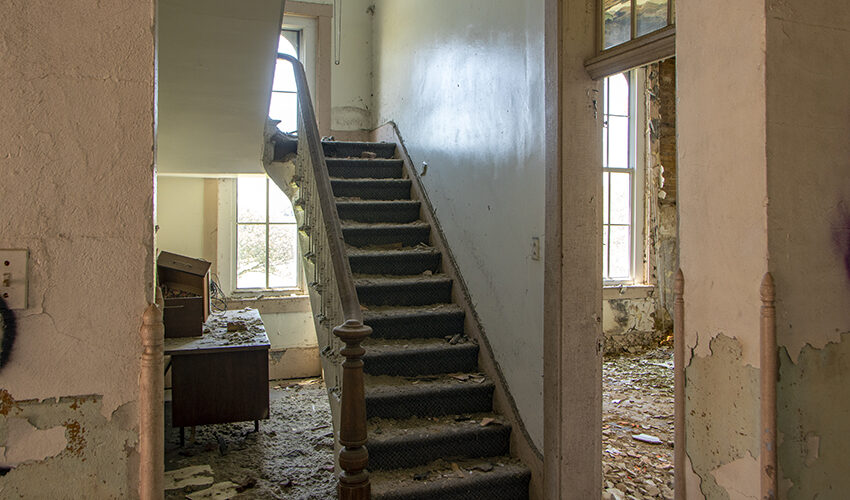 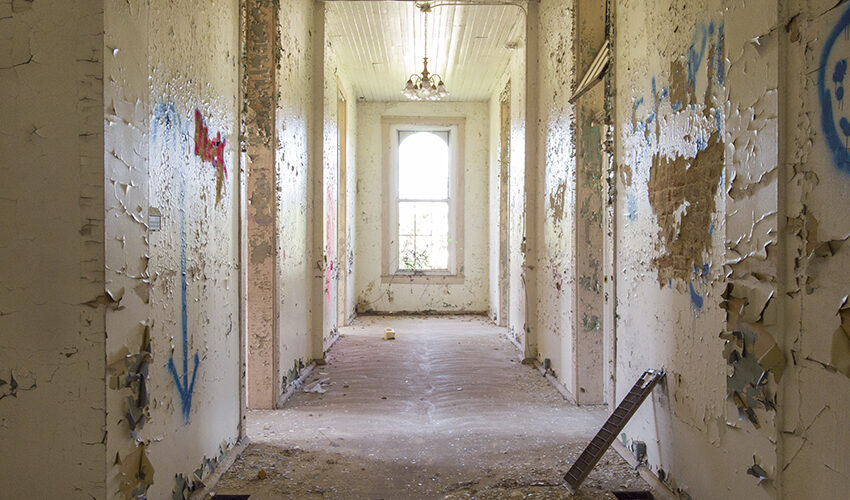 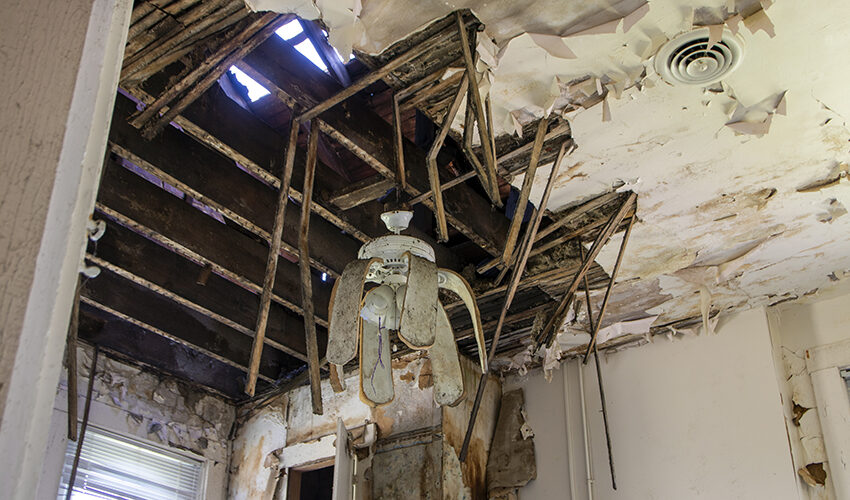 Evansville architect Joseph A. Frick combined elements of Italianate and Greek Revival styles to create a facility that would serve as a point of local pride. The three-part design included a central pavilion holding the superintendent’s residence and common meeting spaces flanked by wings for men’s and women’s living quarters. The County continued to operate the facility until 1985.

County officials transferred ownership in 2020 to a nonprofit that wants to rehabilitate the property as a hospice facility. The building was last occupied in 2004, and after nearly 20 years of vacancy it needs significant investment to stabilize the structure and ensure its future. Without substantial resources to make urgently needed repairs, the Knox County Poor Asylum faces demolition by neglect.