In the nineteenth century, architectural styles in Indiana were modest, largely determined by local building traditions and readily available materials. Many of the earliest structures began as simple log houses. Although vernacular styles are typically focused on function over beauty, over time these first buildings grew in size, and began using additional materials such as brick, frame, and masonry. From these humble origins arose a variety of styles that we can still see today. 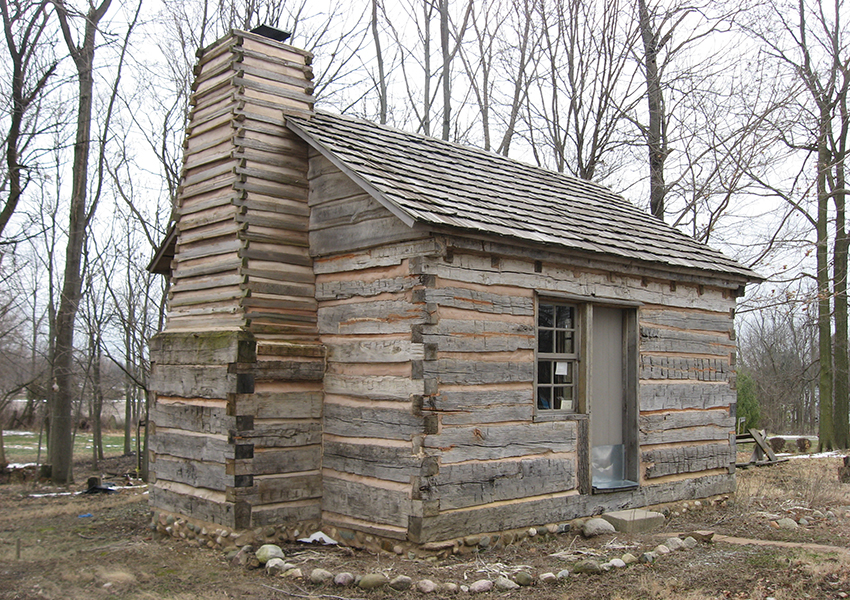 Non-Native American vernacular forms in Indiana began with simple log structures created by nineteenth-century pioneers who used the materials at hand in what was then a heavily forested region. While early hand-hewn log houses still exist, typically in rural areas, most were long ago lost to urbanization and homeowners’ desires to adopt newer, more convenient styles and materials.

Like the country itself, hewn-log construction is a melting pot of traditions, combining British house forms with horizontal log construction techniques traceable to central European immigrants. In the fourth grade, your teacher may have called them cabins, but hewing logs into square shapes and dove-tail notching the corners required time and skill that surpassed the temporary cabins settlers built of round logs, thus making them worthy of being called log houses.

Round logs enjoyed a rustic revival in the early twentieth century, thanks to toys like Lincoln Logs, as well as a romantic longing for pioneer life. Today you can still find examples of these log cabins standing in Indiana’s state parks.

From the road, it can be hard to recognize a log house, since many were covered in siding. While people think the siding must have come later, similar to an 1880s house covered in 1950s aluminum siding, log houses often got wood siding shortly after construction to protect the logs and chinking from deterioration, and to add an extra layer of insulation. 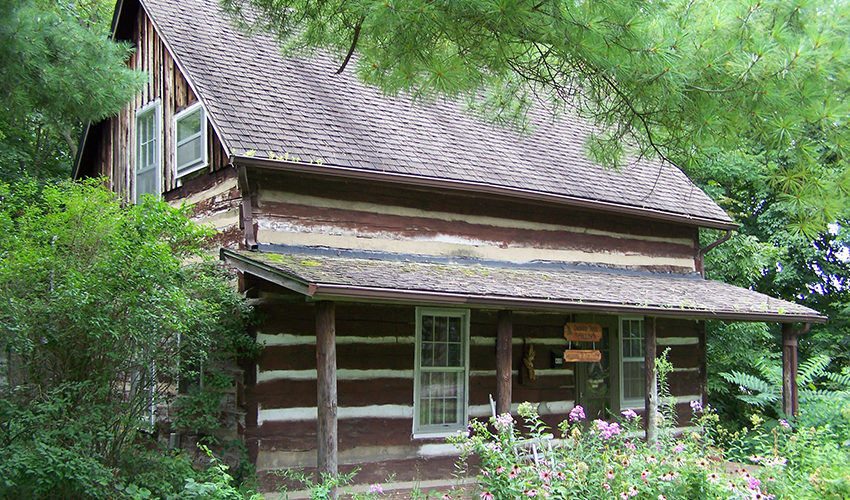 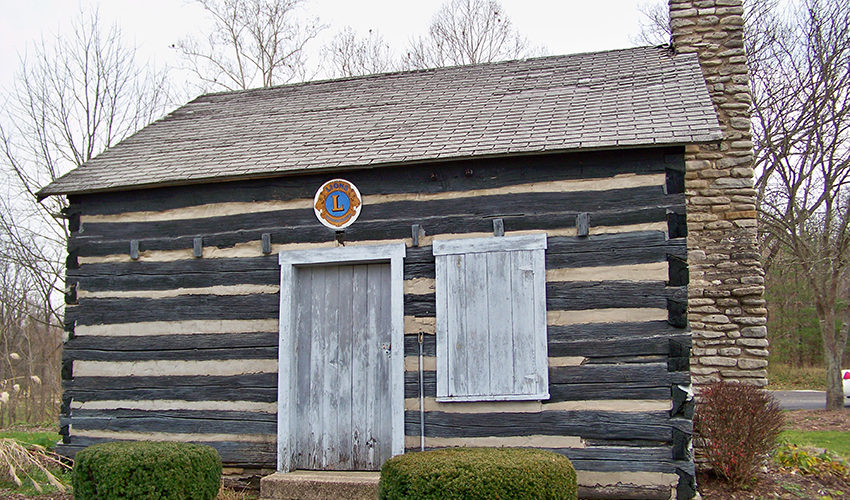 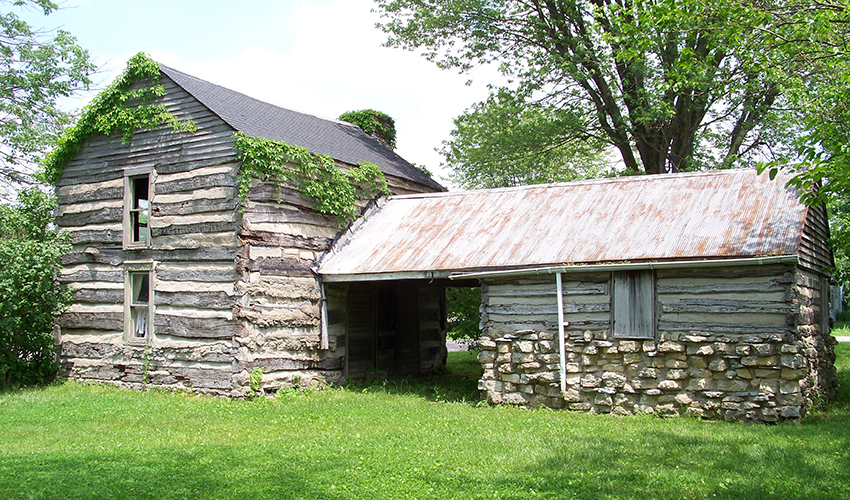 Lincoln Logs, the popular building toy invented in 1916 by John Lloyd Wright (yes, Frank’s son), led to a revival of interest in the log house style at the start of the twentieth century. Imagine what Legos could bring.

The basic unit of log construction is known as a “pen” rather than a room. Given the availability of timber, it’s no wonder so many early Indiana residents lived in humble single-pen houses. While the single-pen is most commonly found in log construction, it can also appear in frame and masonry variations.

To make the most of small spaces, much of the furniture used in early log houses was collapsible, portable, or served multiple uses. 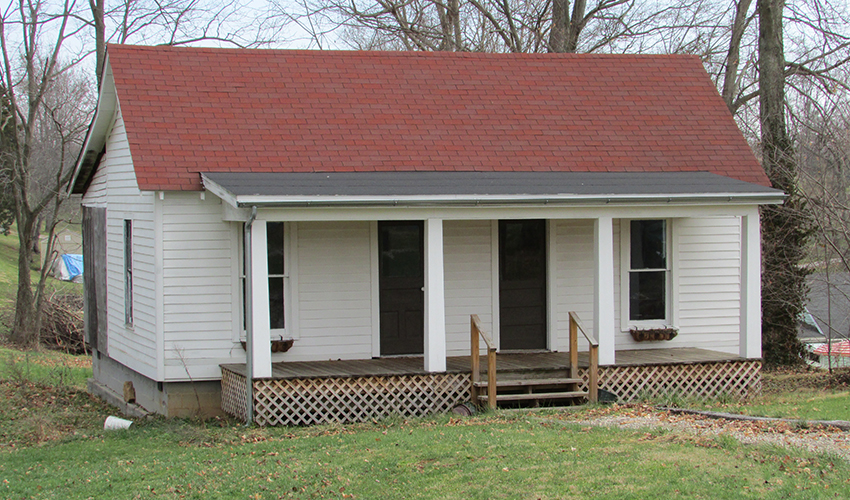 Sometimes one room didn’t cut it. For a growing family, it was often necessary to enlarge their single-pens and double the size with the addition of a second room. Each pen usually had its own front door and chimney on an outside wall. Builders often cut through the logs inside later to join the two pens. The use of two front doors continued in brick and frame construction. Historians say one door opened into a formal parlor for visitors and the other into the family’s living space. In some houses, one door is more ornate than the other, signaling the formal visitor entrance. The popularity of the form continued long past the days of log construction. Later double-pen houses appear in brick and frame.

To construct a double-pen house, builders often constructed a closed second room and then cut through an existing log wall. 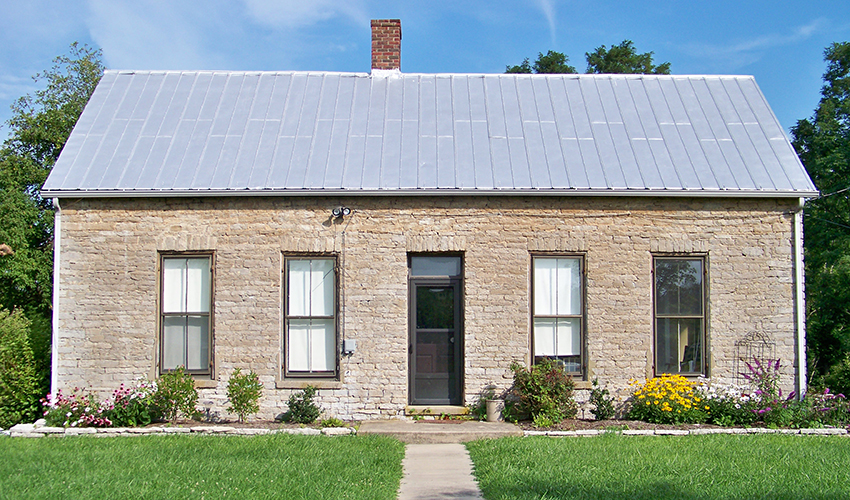 In a variation on the double-pen house, the saddlebag has a centrally-located chimney between the two rooms, rather than one on each end. Since saddlebags sometimes have two front doors, the chimney’s location is the only way to distinguish them from a double-pen. Inside, a door next to the fireplace connects the two pens. Saddlebag houses can appear in logs, brick, or frame.

Warren E. Roberts, an Indiana historian, catalogued 295 log houses for his book Log Buildings in Southern Indiana. Only three of them could be classified as saddlebag houses, making them something of a rarity.

Another two-room form, the hall-and-parlor house has only one door, typically off-center. The form takes its name and inspiration from medieval English designs. The hall is not a passageway, but a multi-purpose room, while the parlor is a family space, often smaller than the hall. Think formal living room and a den in contemporary houses. When the main door appears in the center, it’s called a central-passage house. 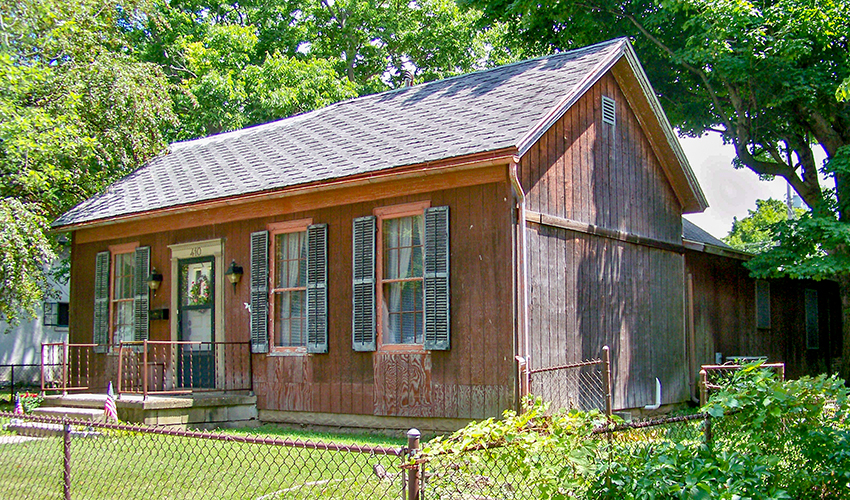 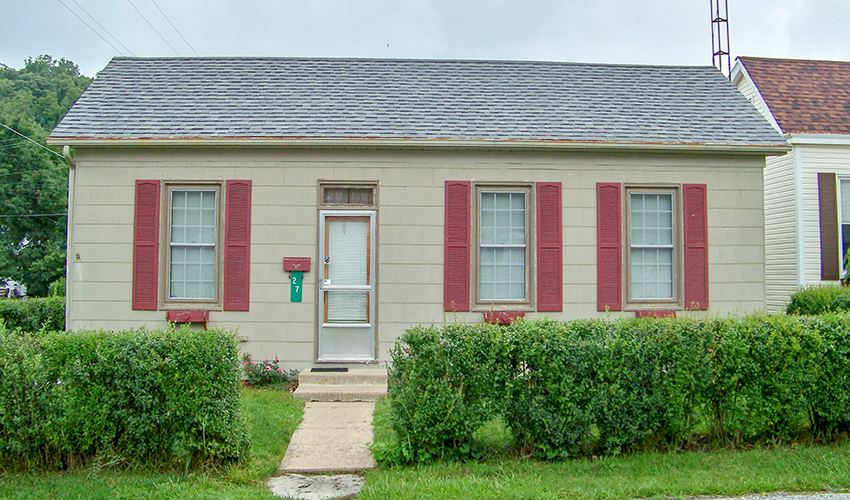 The word “parlor” derives from the Old French word “parloir,” which means “to speak.” The function of these rooms as a social gathering space has endured since at least the 16th century. 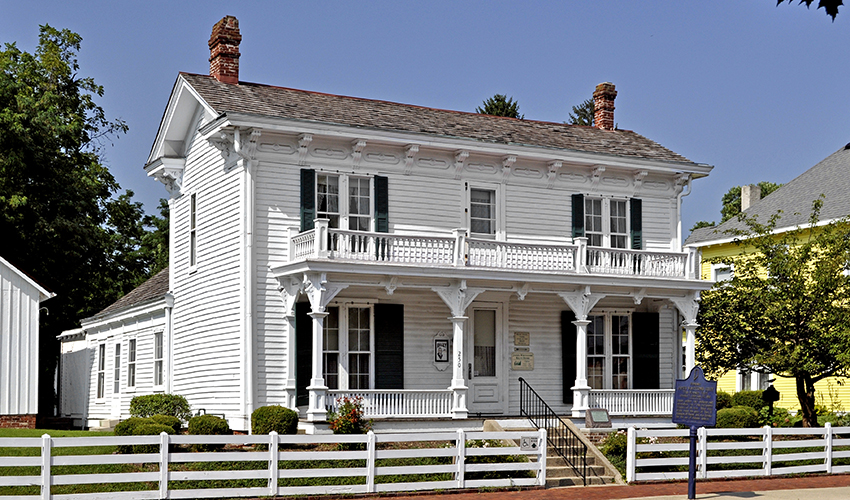 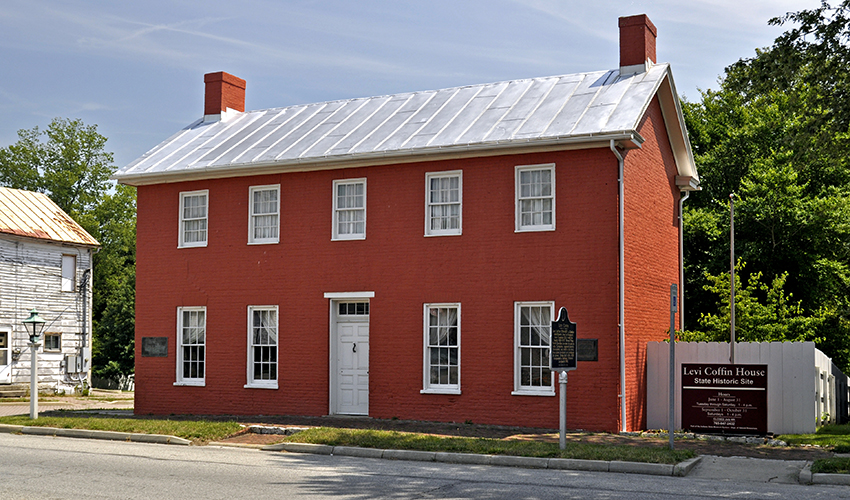 I-houses popped up in Indiana as early as the 1820s, but didn’t get their name until the 1930s. That was when architectural historian Fred Kniffen found them in abundance in Indiana, Illinois, and Iowa—the “I” states. The form is a hall-and-parlor—one room deep and at least two rooms wide—with a second story. The typical I-house has a symmetrical façade with a central door, but you may come across exceptions, such as one with two front doors, or a narrow version with three windows and an off-center door. I-houses appear in a variety of building materials, especially brick and frame, and remained common through the end of the nineteenth century. When an I-house has embellishments like a Palladian window or fanlight, it can be called Federal style. 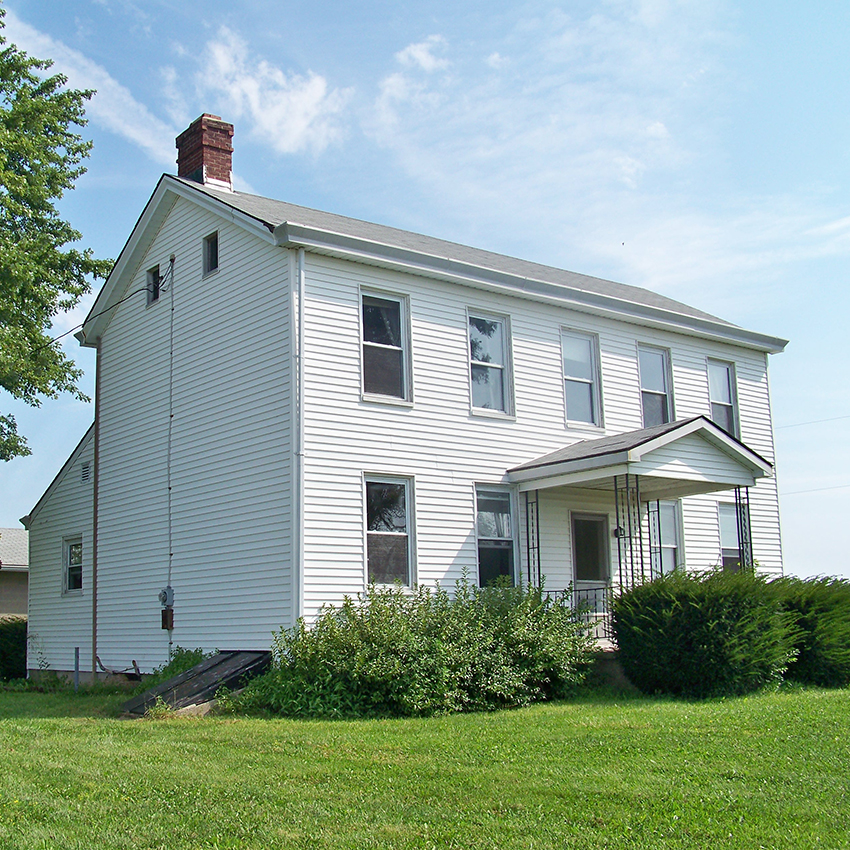 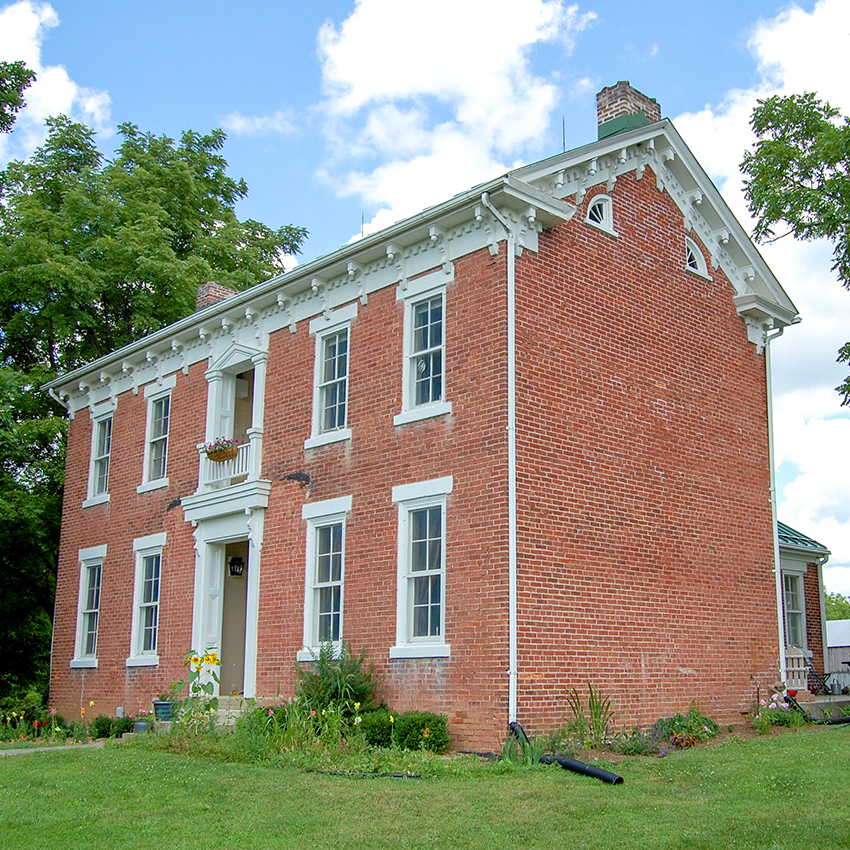 Fred Kniffen’s academic career was marked by an interdisciplinary approach to geography, and he helped introduce the concept of “cultural regions” to the field. Smart fellow, but not very inventive at naming things. 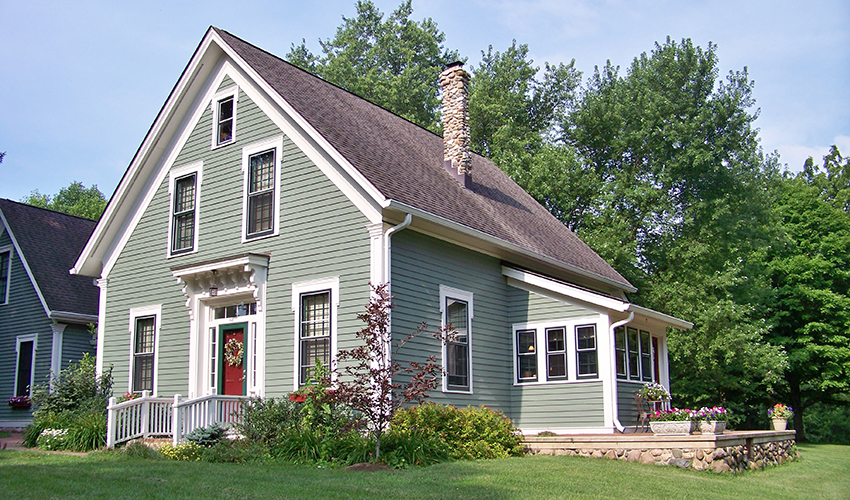 The gable-front form offered a more sophisticated, temple-like appearance. Built in Indiana from the mid-1800s well into the twentieth century, a gable-front house could be easily transformed into Greek Revival with a pediment, Gothic Revival with gingerbread, or Queen Anne with fish scale shingles. The shotgun house, also a gable-front form, is a long-narrow variation, one room wide and typically three rooms deep, of African rather than European origin. Well suited for narrow urban lots and inexpensive to build, shotguns often housed factory workers and others of modest means. 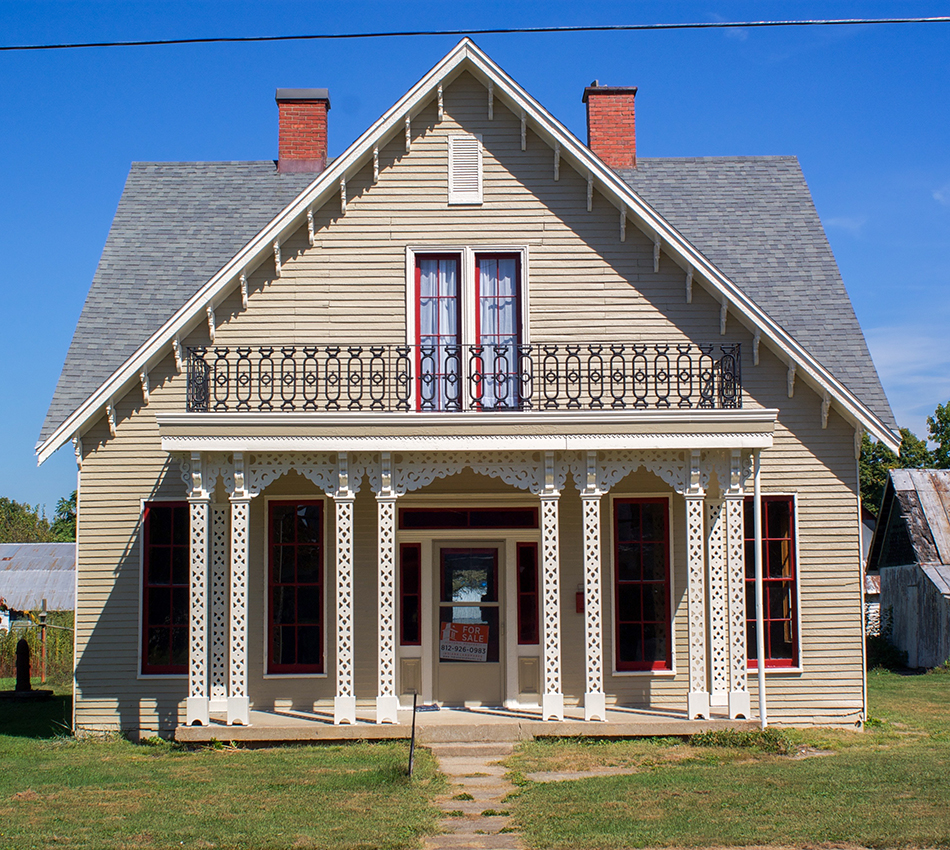 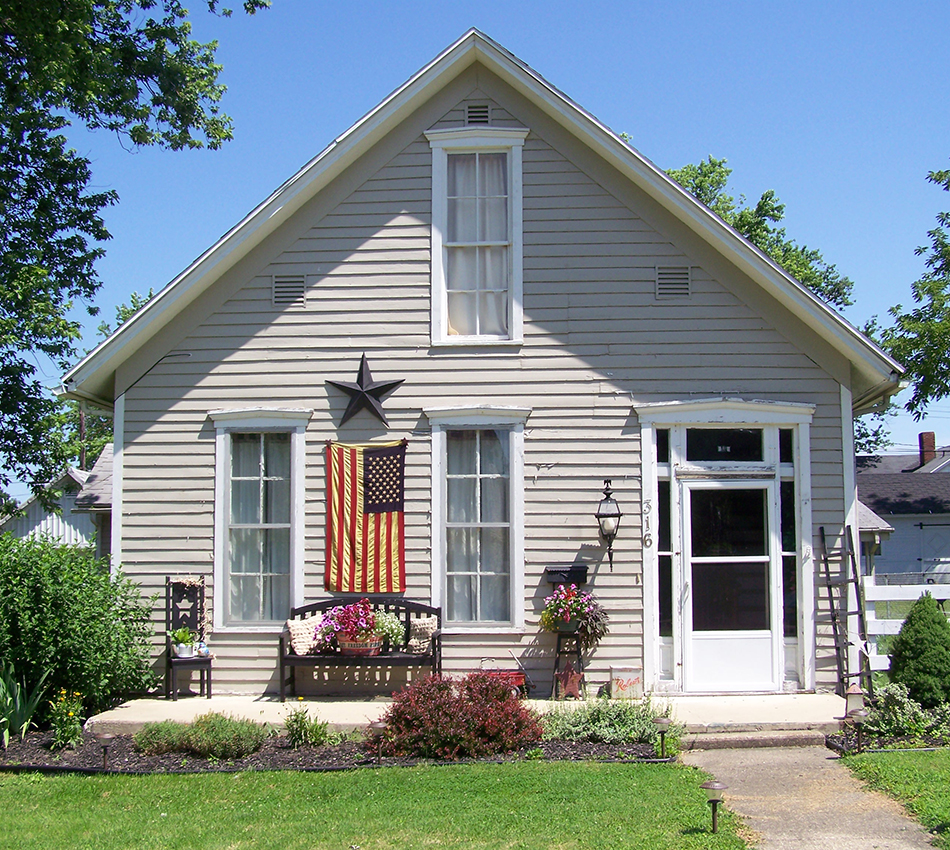 Anthropologist John Michael Vlach posits that the origins of shotgun houses can be traced to Nigerian and Haitian influences, particularly as seen in homes built in New Orleans. 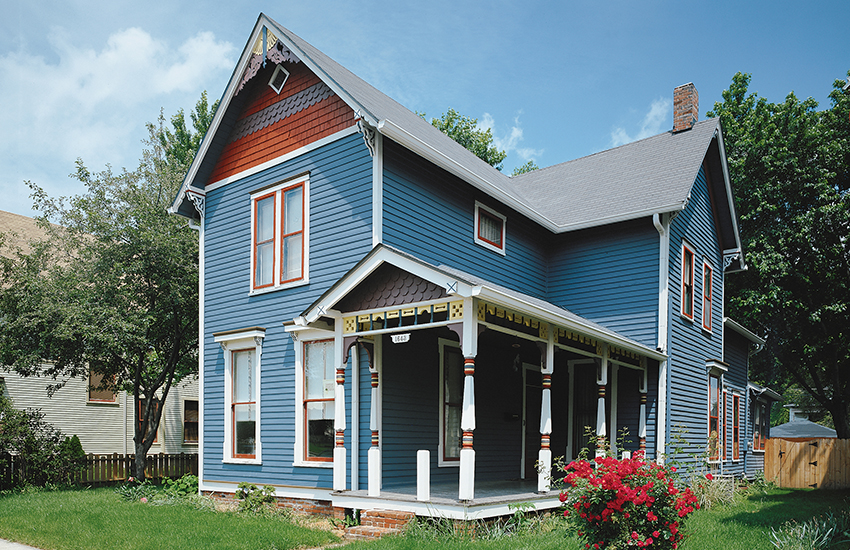 A variation of the gable-front with a side extension that creates an L-shape, gabled-ell houses can be one, one and a half, or two stories. You’ll typically find the main entrance on the short wing of the ell. Often, you’ll also see two doors in the corner where the wings intersect, one entering the family living space and the other a formal parlor. In the T-plan house, another gable-front variation, a centered perpendicular wing extends to create a T-shape, often with a porch on each side of the T’s stem. While you may find T-plan houses in one and two-story variations, one and one-half is the most common. Details popular at the time of construction, like Italianate brackets or Queen Anne gingerbread, often boosted them from plain to trendy. 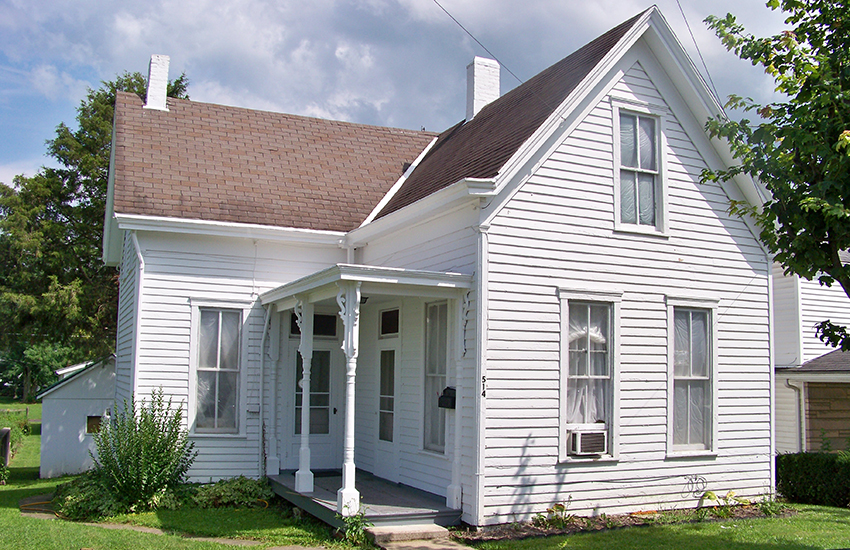 In American Vernacular Buildings and Interiors 1870-1960, authors Herbert Gottfried and Jan Jennings note that in the literature and advertising of the day, gabled-ell and T-plan houses were variously called “country cottage,” “western cottage,” “cheap cottage,” and “workingman’s cottage.