The cause of all this growth was the technological advances and growing consumerism in the twentieth century. Americans suddenly needed more room for all their stuff, so, naturally, they built bigger houses. Advances in transportation, including streetcars and automobiles, meant that twentieth-century houses were also typically built farther away from early commercial districts or downtowns. 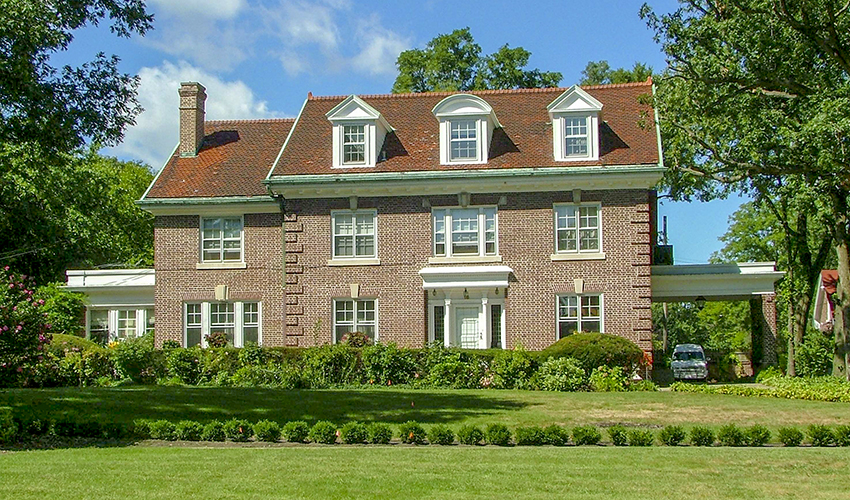 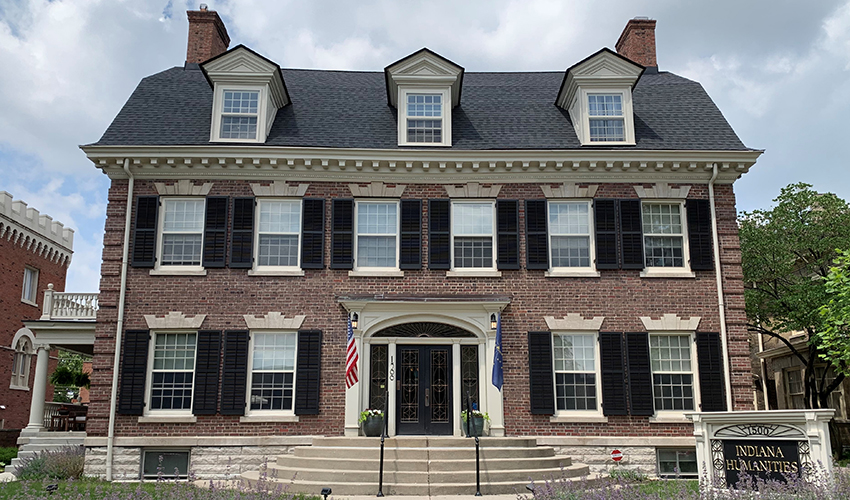 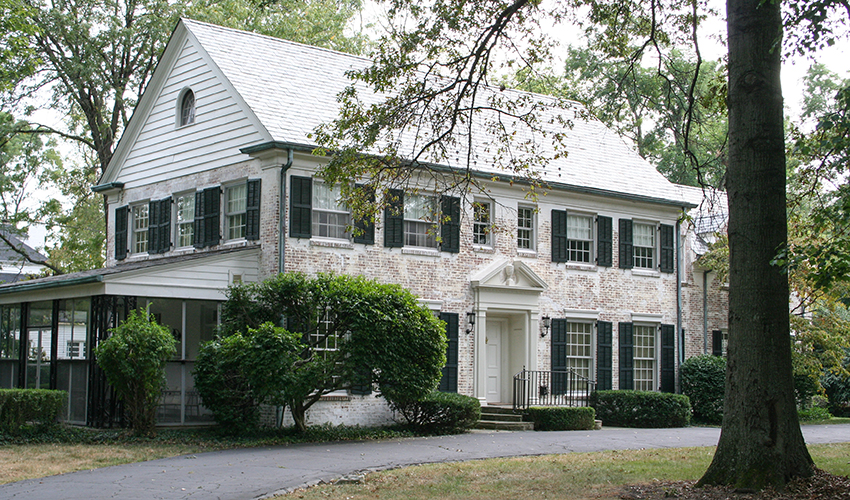 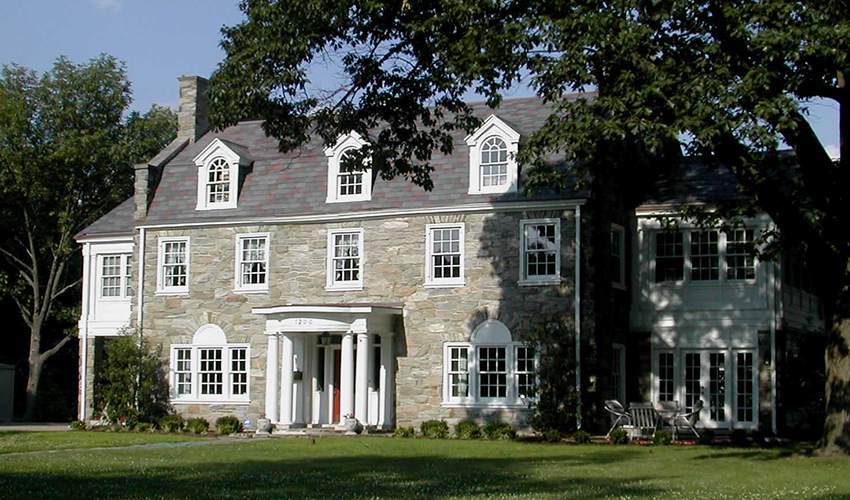 At the turn of the century, the transitional nineteenth-century Free Classic lost its Queen Anne asymmetry and morphed into Colonial Revival and Neoclassical. Colonial Revival caught on about 1890 and lasted well into the twentieth century, ornamenting modest post-World War II tract houses and 1960s suburban developments.

Size distinguishes Colonial Revival from the early Federal style. Twentieth-century Colonial Revival houses respect the accuracy of specific eighteenth-century elements, but not the proportions. Usually symmetrical in form, the houses generally have a decorative entrance capped by pedimented porch roof or the fancier columned portico.

Front doors may have sidelights or a fanlight, which are decorative rather than functional now that electricity is commonplace. Although factories could manufacture larges panes of glass, the style uses double-hung sash windows with small panes like those of the early nineteenth century houses. Other details include dormer windows, pediments, and quoins. 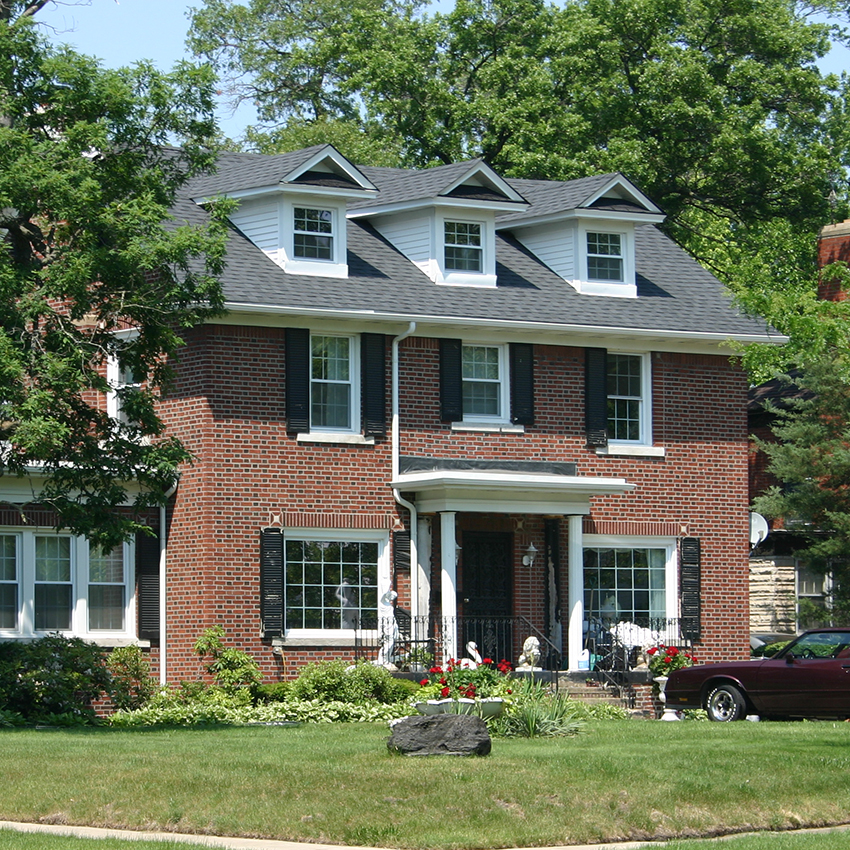 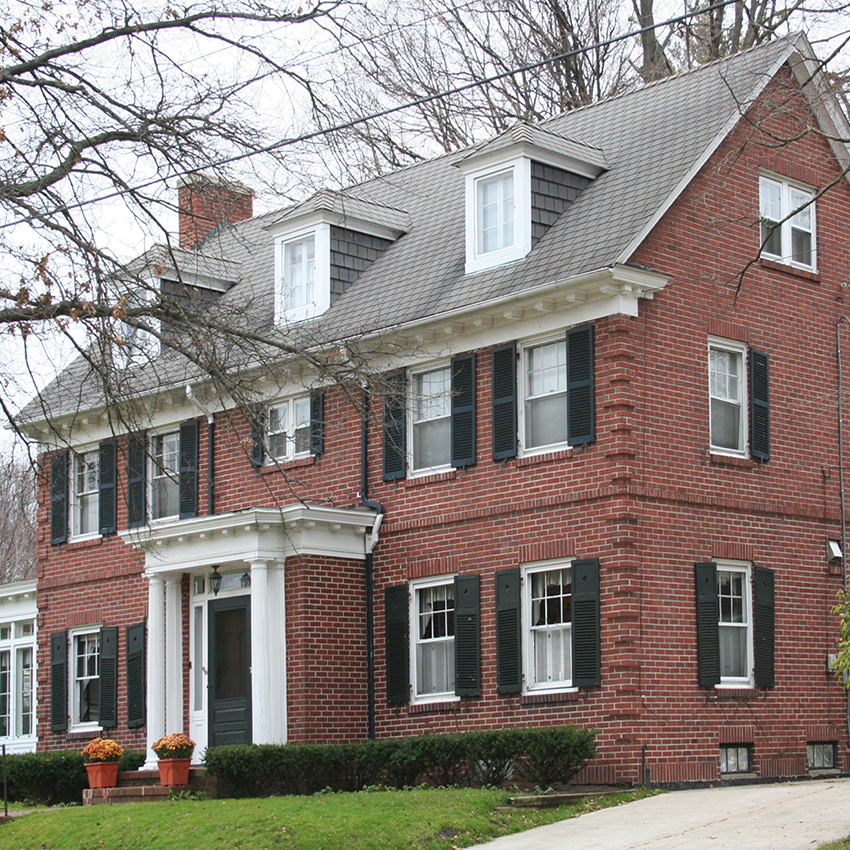 Philadelphia’s 1876 Centennial Exposition, the reconstruction and restoration of Williamsburg, and the 1976 Bicentennial have made Colonial Revival one of America’s most enduring styles. 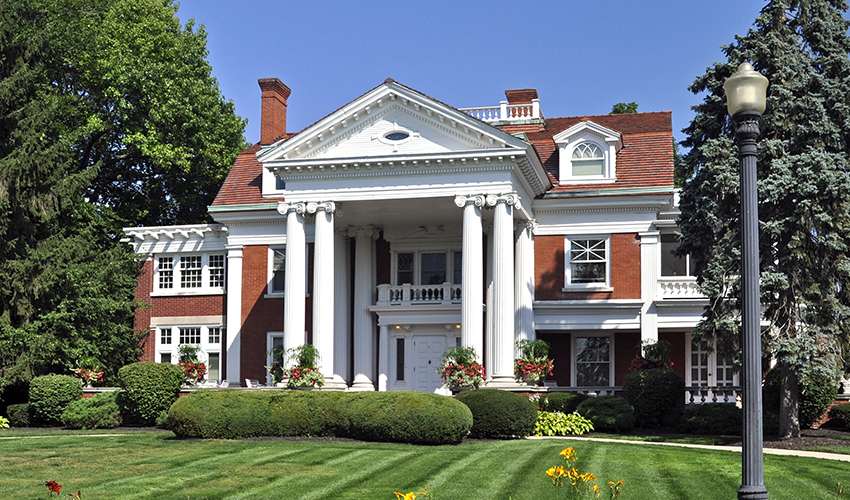 The 1893 Columbian Exposition in Chicago—dubbed “The White City” for its sparkling white grand exhibit halls, exaggerated at night by electrical lights—featured monumental Greek and Roman inspired details. With an estimated 12 million attendees and publicity nationwide, nearly every American was exposed to the fair, which subsequently influenced the direction of architecture in the U.S. 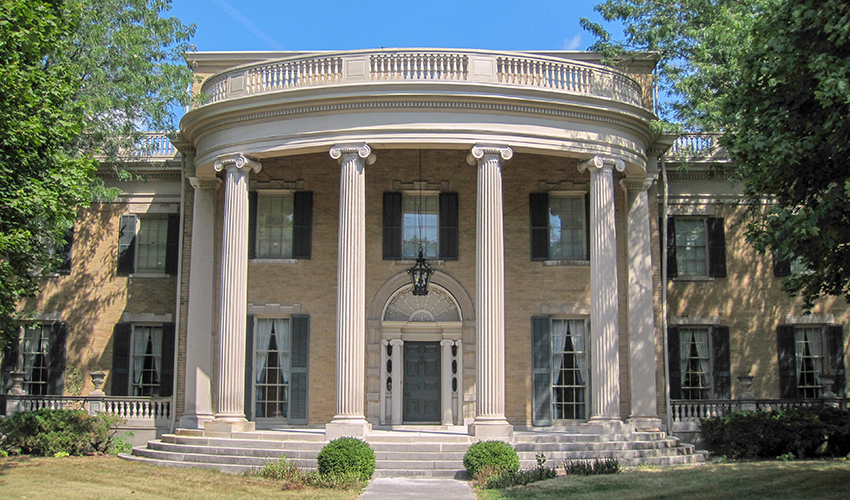 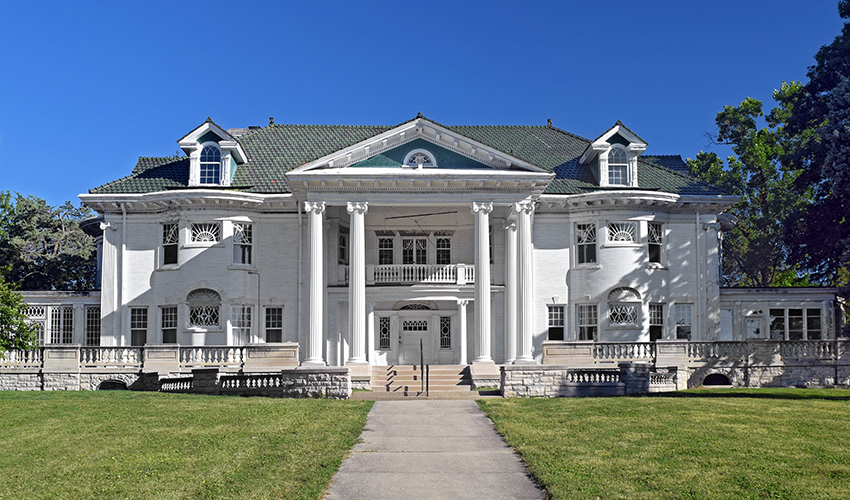 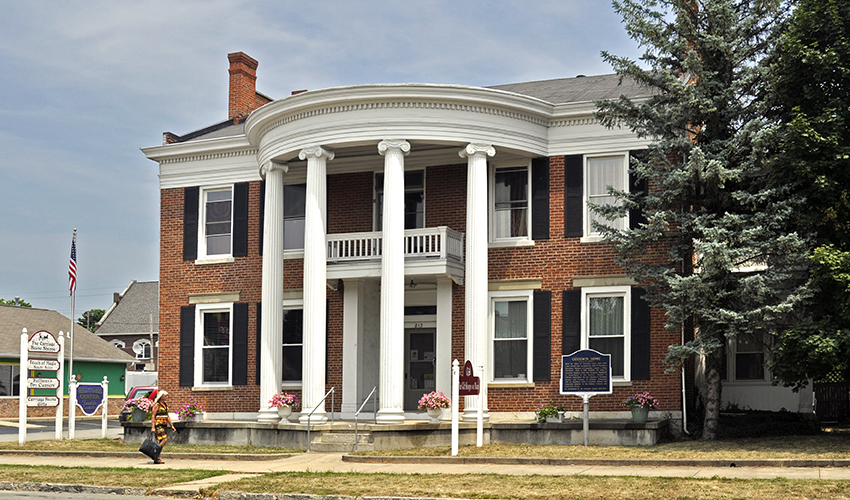 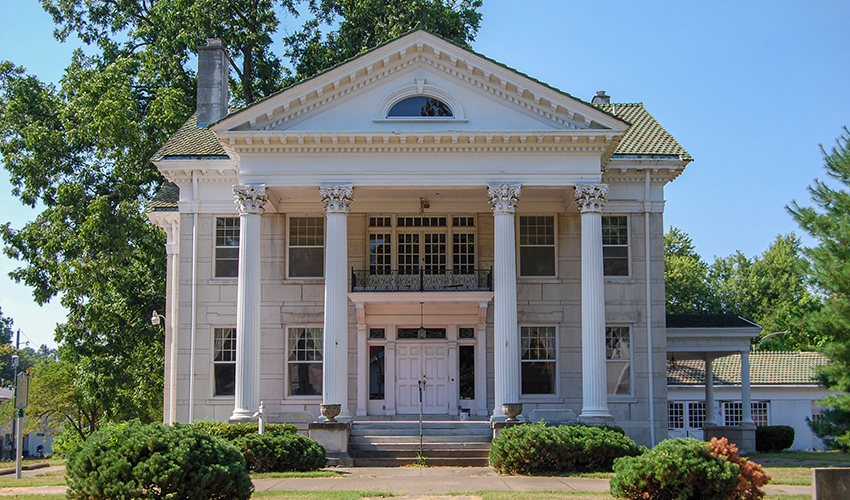 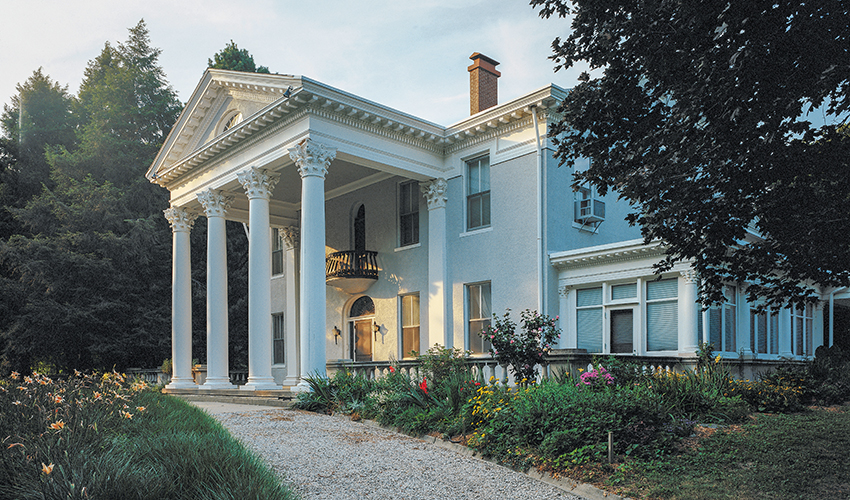 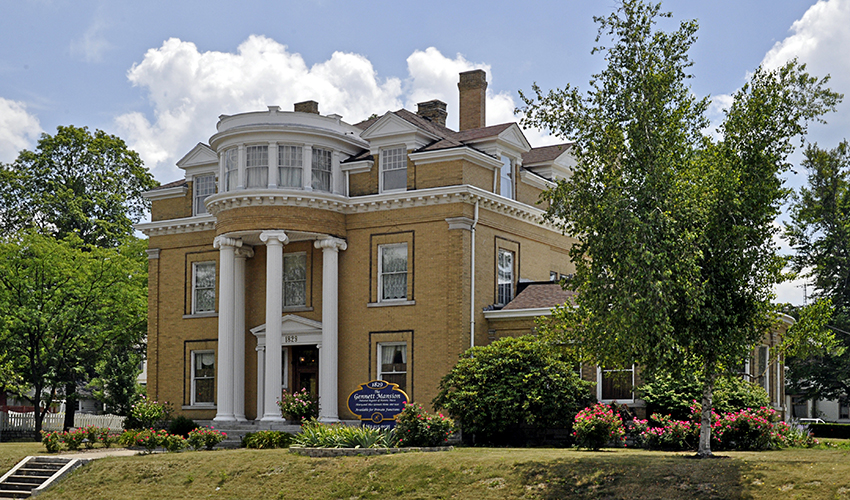 It’s hard to overstate the size and influence of the Columbian Exposition. It covered more than 690 acres of land and included 200 new (though temporary) buildings. It also gave us the Ferris wheel, Cracker Jacks, and Pabst Blue Ribbon beer—not a good combination on a hot day. 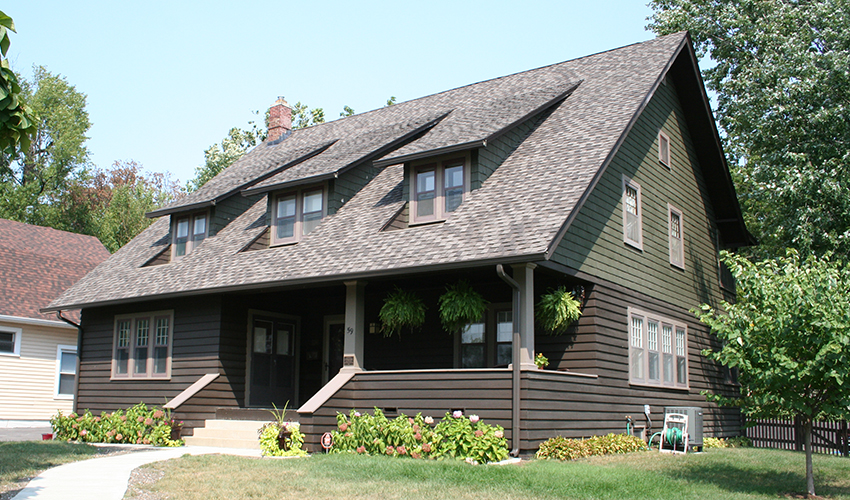 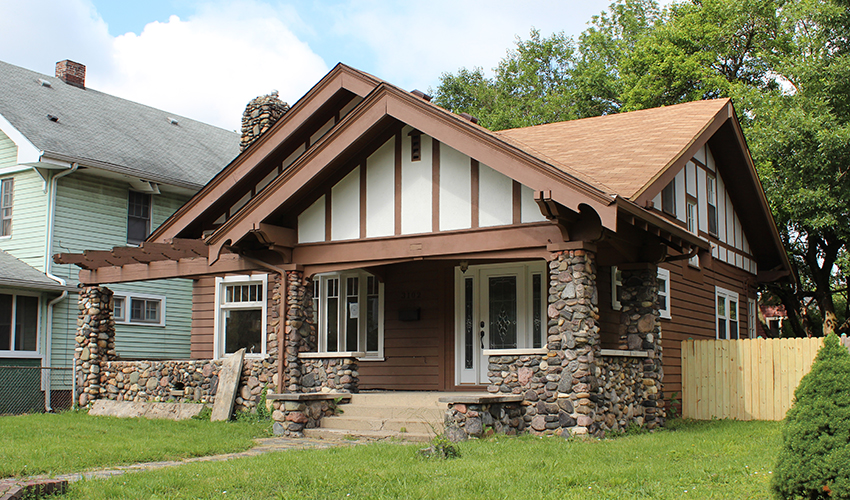 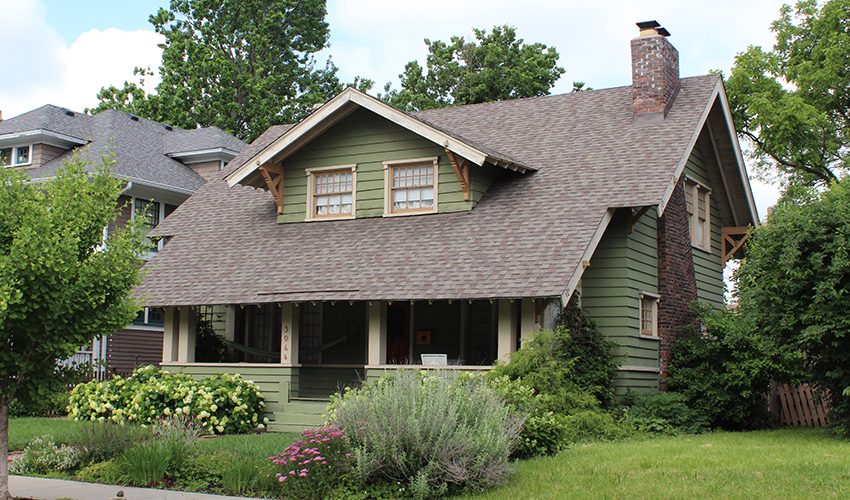 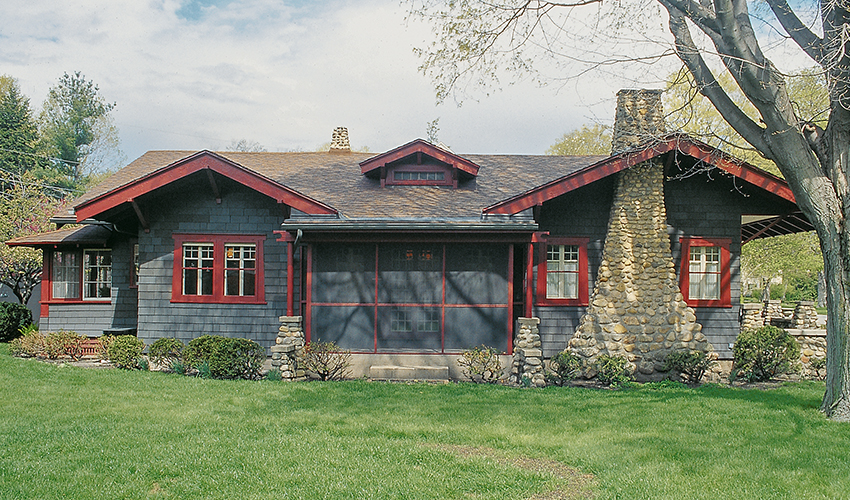 At the same time many Americans flaunted their wealth by building oversized classical temples, a simplistic style developed emphasizing the use of “honest” materials and hand-crafted details. With increasing industrialization and the wide-spread availability of machine-made goods, Americans once again looked to “the good old days” for architectural inspiration.

Americans were intrigued by the nineteenth-century English Arts and Crafts movement, led by William Morris and John Ruskin, that harkened back to the craftsmanship of medieval guilds. In the U.S., the Craftsman style was fostered by Gustav Stickley’s magazine of the same name, published 1901-1916. The publication offered house plans and interior decorating ideas interspersed with philosophy, art, and literary quotes. Stickley’s plans ranged from large houses equipped with servants’ quarters to modest bungalows. The style spread quickly through plan books and mail order companies such as Sears and Roebuck and Montgomery Ward.

In addition to Stickley’s Craftsman magazine, public schools promoted trades classes where students learned to build simple, mortise-and-tenon furniture. Handmade pottery and tile for walls and fireplaces—produced by such studios as the Overbeck Sisters in Cambridge City, Indiana, and Rookwood in Cincinnati, Ohio—refreshingly departed from the showy decoration of the Victorian era.

Like the English Arts and Crafts movement, American Craftsman houses emphasize simplicity, local materials, and lack of ornamentation. As William Morris said, “Have nothing in your house that you do not know to be useful or believe to be beautiful.” Look for low-pitched gabled roofs with wide-overhangs supported by knee braces (oversized brackets), and exposed rafters. Heavy piers or square columns support porches. Double-hung sash windows may have three to four vertical divisions of glass on the top sash, and one pane on the lower. Craftsman houses historically were painted or stained in subdued earth tones. Field stones were sometimes used for chimneys and porch walls. 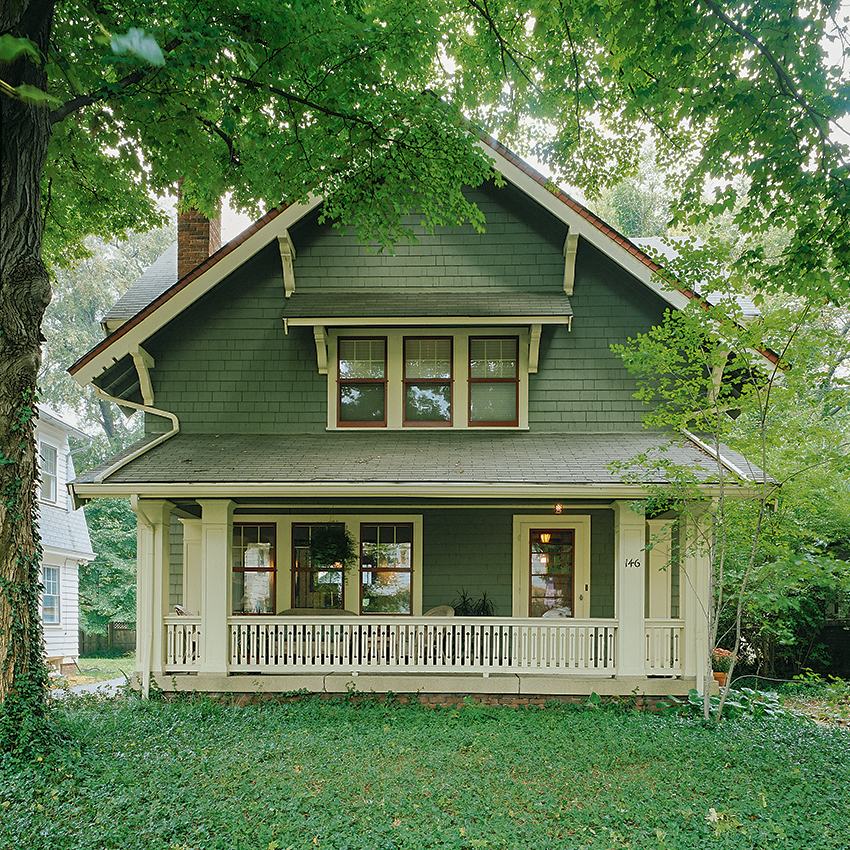 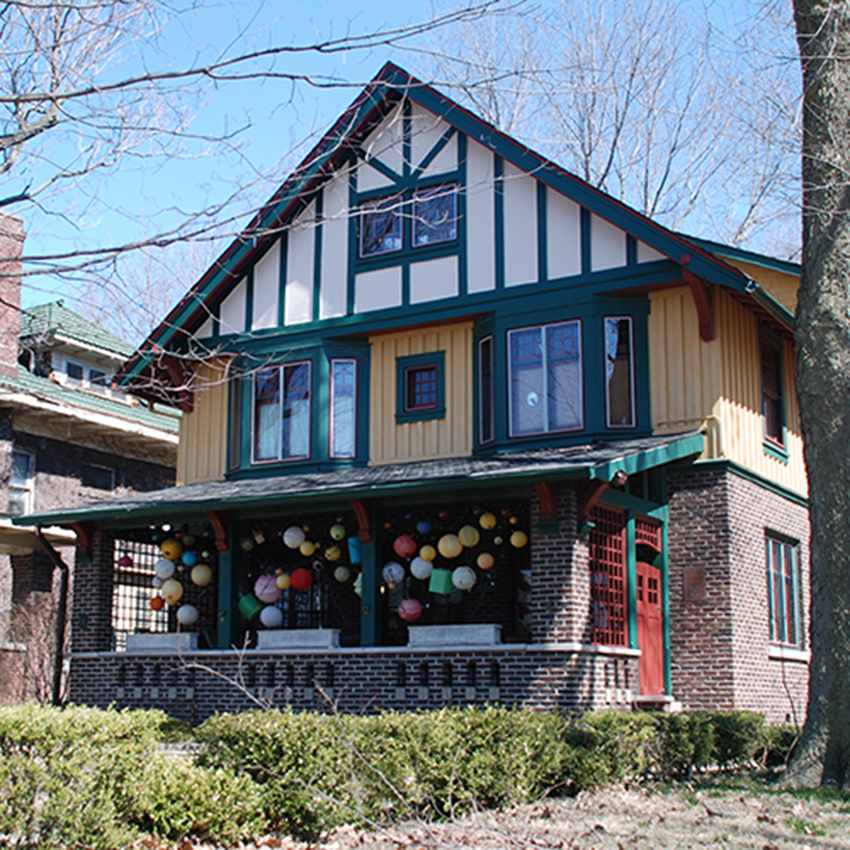 Prior to germ theory, the general consensus as to why people got ill was that bad hygiene and rotting matter would give rise to a kind of poison gas. It was called “miasma theory.” Yuk. 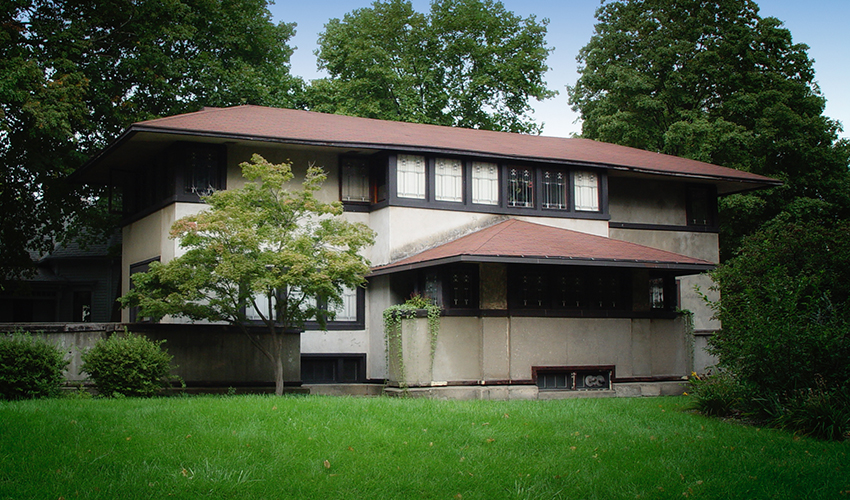 Frank Lloyd Wright shook up American architecture with his horizontal houses and their wide overhanging roofs. Imagine the neighbors’ impressions when K.C. DeRhodes’ Wright-designed house rose in 1906 on South Bend’s West Washington, a street populated with Victorian Queen Anne and Romanesque Revival mansions. Wright abandoned European designs and looked to the flat prairies of the Midwest for inspiration. Other architects, and even pattern books, followed his lead.

In addition to the strong horizontal lines, look for other signature elements like a hidden front door, ribbons of casement windows, and wide, overhanging eaves. The Prairie style is often constructed in brick, stucco, or a combination of the two. To ensure that the owner’s personal taste (or lack thereof) did not diminish Wright’s great architecture, he also designed the furniture, china, rugs, and decorative items for many of his houses.

Other architects followed the trailblazing Wright and created Prairie-style houses throughout Indiana. 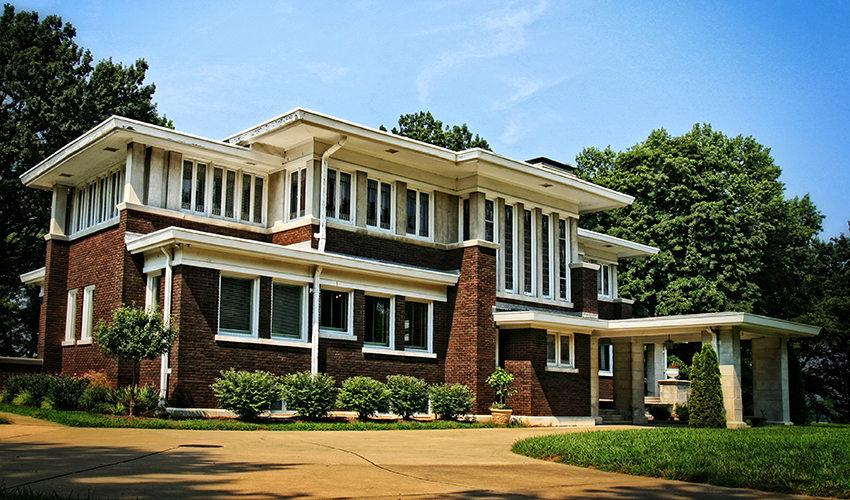