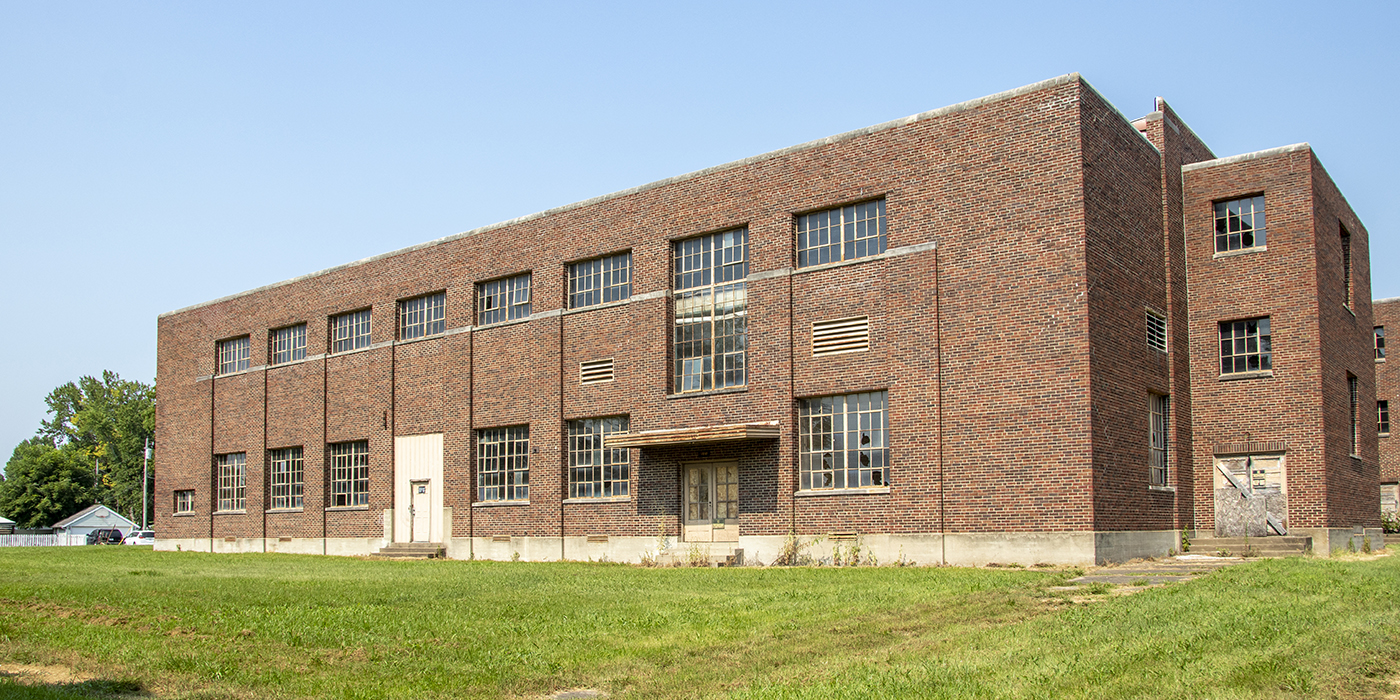 Seymour’s WPA-era Shields Memorial Gym occupies a prime spot in the city's Walnut Street Historic District, surrounded by open land that could make it a target for demolition and development.

When Works Progress Administration workers constructed Seymour’s James M. Shields Memorial Gymnasium in 1941, the building embodied a growing enthusiasm for Hoosier basketball and the community’s championship dreams for its local team, the Seymour Owls. The plan worked. With seating for 3,500 fans, the gym hosted 21 sectional titles from 1942-1970. Less celebrated but still locally beloved, today the deteriorating concrete and steel building represents the plight of many shuttered high school gyms across the state.

Seymour’s school system used the Shields Gym and adjoining 1910 high school until 1981, when the city built a newer middle school. Indiana Bible College renovated the old school and gym and used them for a few more years, but the buildings fell into disrepair after the college relocated to Indianapolis. Local businessmen purchased the property in 1996 and had to demolish the seriously dilapidated school. Since then, they’ve patched the gymnasium’s leaky roof and attempted to secure the building, hoping to attract interest in its redevelopment. 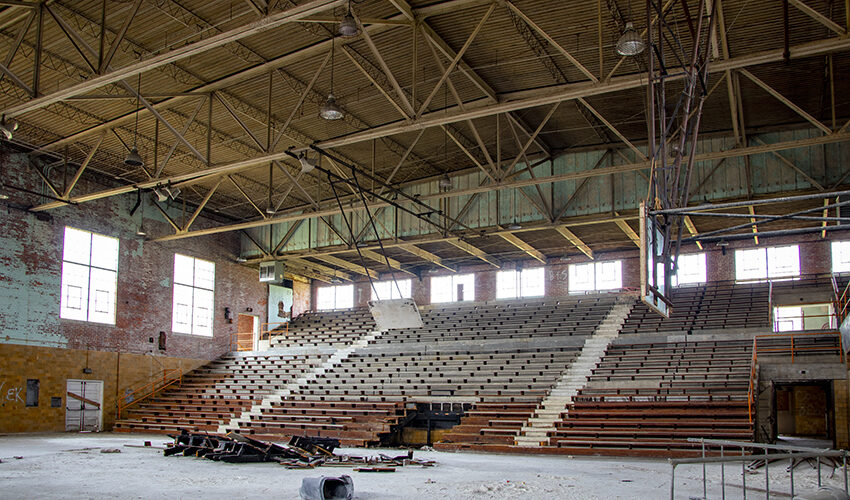 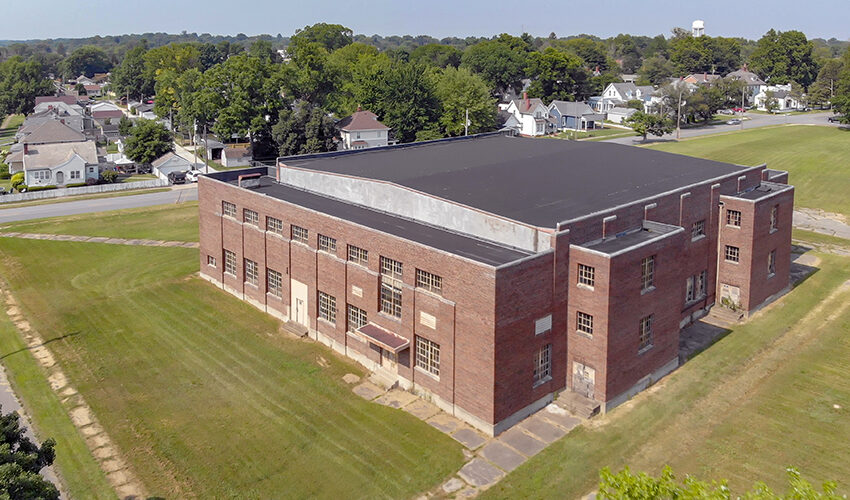 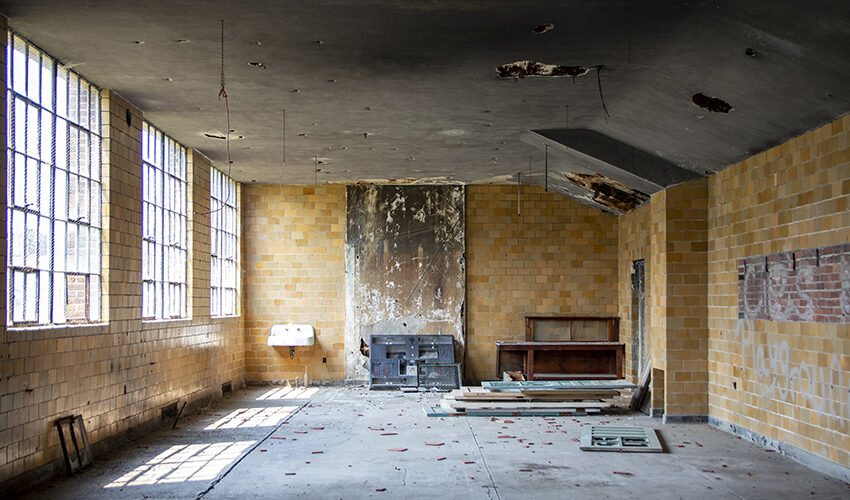 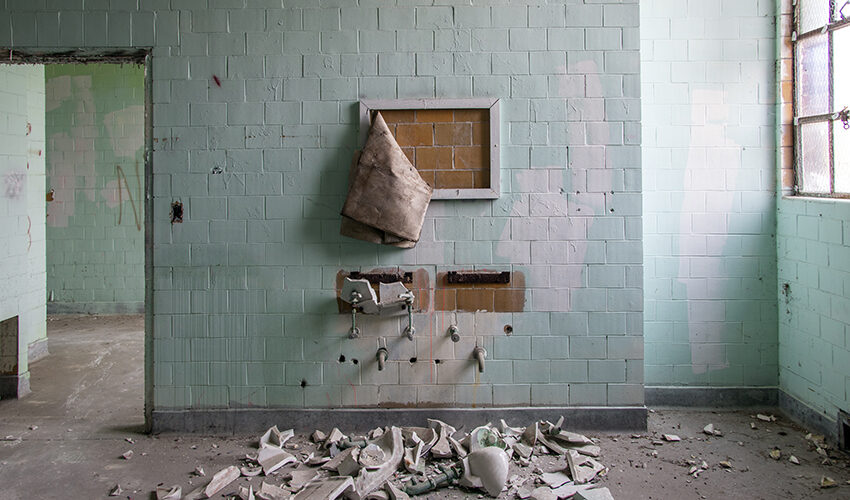 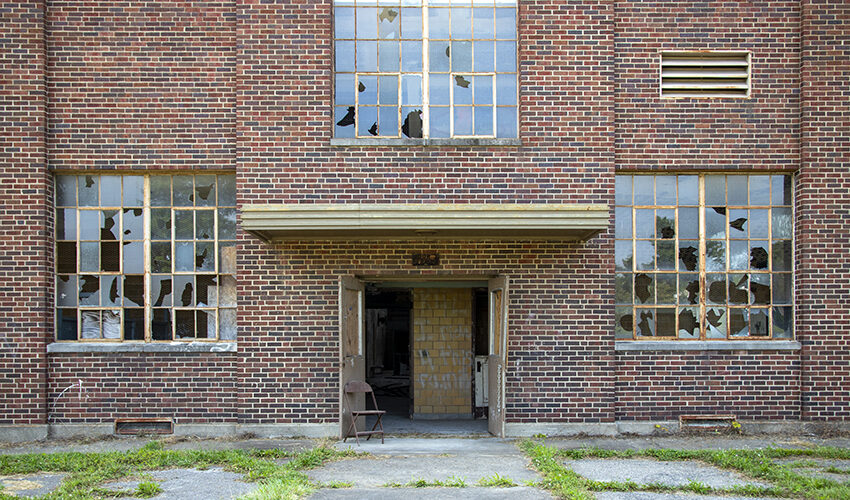 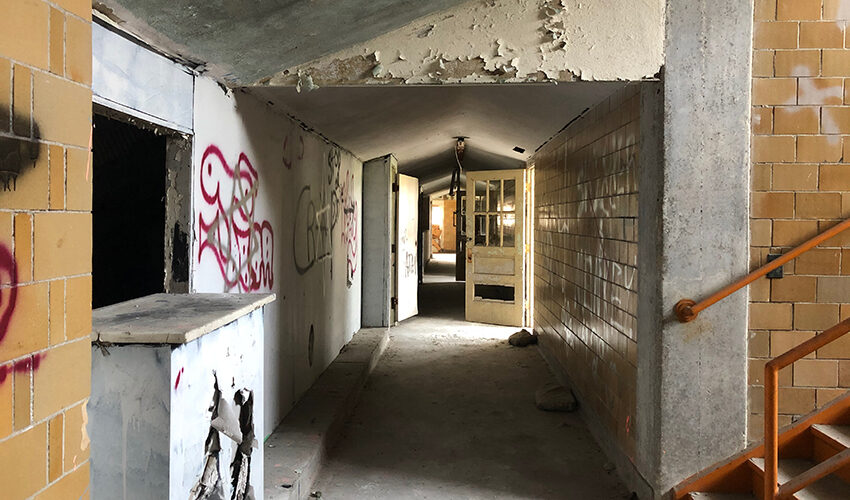 Keeping out vandals remains an ongoing struggle. Broken windows and graffiti-covered interior mar the gym today, and a fire in 2018 destroyed a portion of the bleachers. The building occupies a city block on 5th Street in the National Register-listed Walnut Street Historic District, surrounded by open land that could make it a target for residential development. In other areas of the state, historic high school gyms have regained purpose as community recreational centers, event centers, restaurants, even a brewery. There is community support for saving the Shields Gym, but the shot clock is counting down.