Vacated after completion of a new facility, Tipton County’s 1895 jail and sheriff’s residence are ripe for reuse, but finding the capital will be a challenge in a rural county with limited funding.

At the end of the nineteenth century, many Midwest governments required sheriffs to live next door to the county jail for security purposes. Some took it a step further, combining the jail and residence into one structure.

In Tipton County, officials hired Adolph Scherrer, one of the state’s most celebrated architects, to design an imposing new sheriff’s house and jail. Completed in 1895, the structure married a handsome brick house with a more utilitarian cellblock, connecting the two with a three-story brick and stone tower.

Today, the jail and 1894 Tipton County Courthouse – also designed by Scherrer – are the county’s only two National Register-listed buildings. 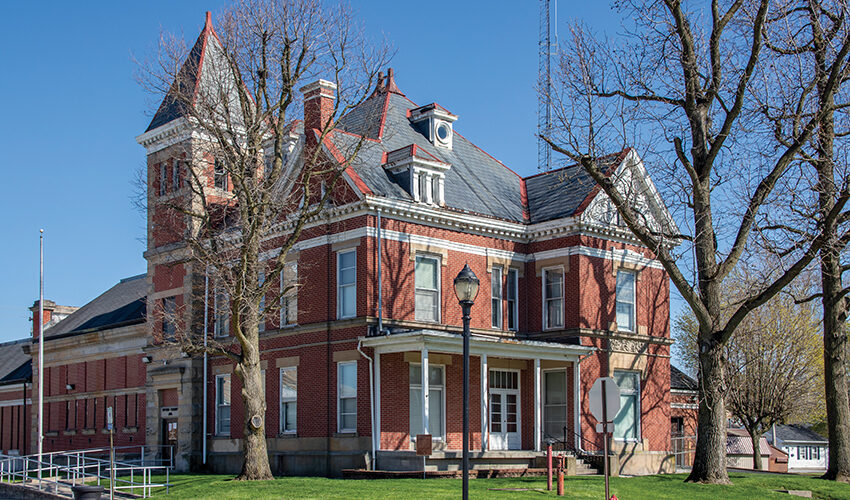 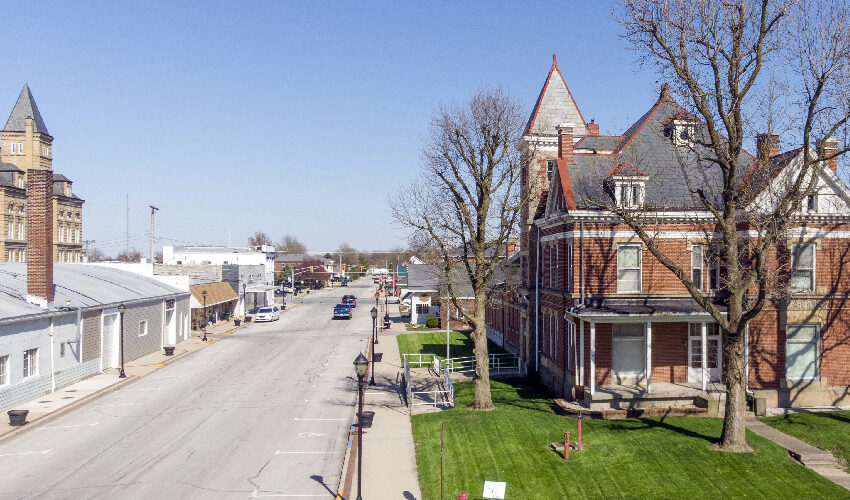 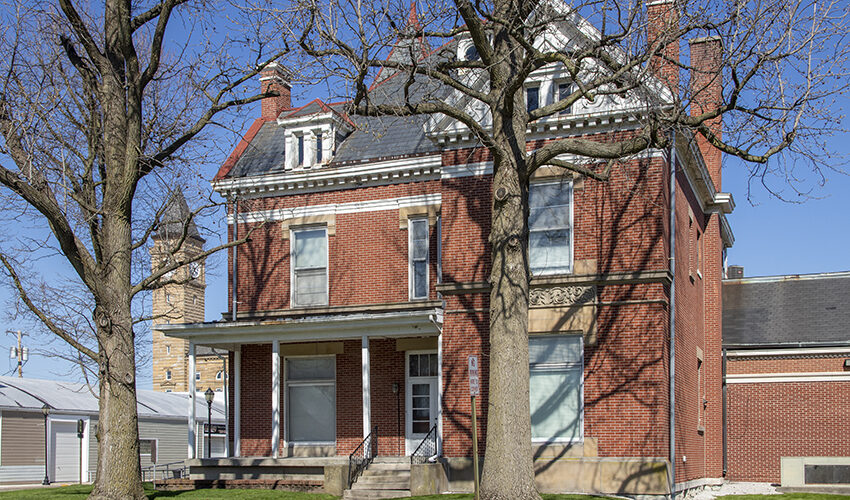 Though they eventually dropped the order requiring the sheriff to live on site, officials continued to use the building as the county’s jail and law enforcement offices for the next 125 years. However, after completing a new $16 million jail facility last year, the county vacated the historic building.

Since listing the building on our 10 Most Endangered list last year, Indiana Landmarks helped fund a feasibility study to evaluate its reuse options. Similar historic jails around the state have been creatively adapted as restaurants, offices, museums, even apartments and condos. Local support for saving the building is growing, but any rehab will be expensive. In a rural county with limited funding, finding the capital will be a challenge.